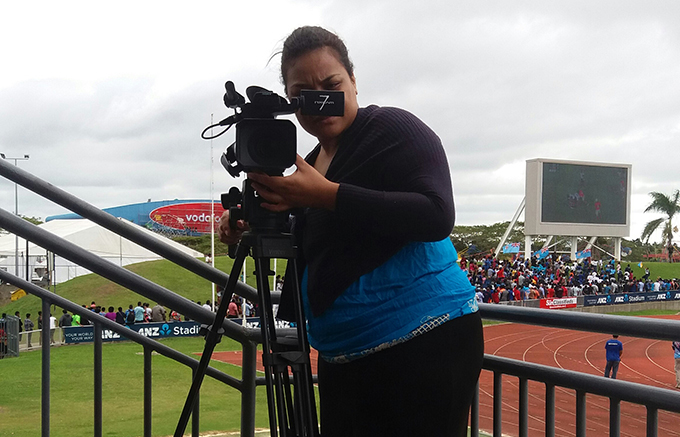 Wanting to be watchdogs: Pacific journalists and their perspectives

While global research into the professional opinions of journalists has grown significantly over the past decades, the Pacific remains a blind spot, with sporadic research at best. For example, the Pacific was not featured in the Study on the worlds of journalism out of 76 countries, perhaps the most ambitious company in the field to date.

The lack of research is a downside to understanding the state of the Pacific media, including the challenges journalists face, let alone the issues of an industry tasked with providing the public with information about which important decisions are made.

To fill this gap, we conducted a standardized survey of 206 Pacific journalists in nine member countries of the University of the South Pacific based on questions modeled on the The worlds of journalism to study:

The surveys were carried out between mid-2016 and mid-2018 in the following countries: Cook Islands, Fiji, Marshall Islands, Nauru, Samoa, Solomon Islands, Tonga, Tuvalu and Vanuatu.

The response rate in each country ranged from 70% (Solomon Islands) to 100% (Nauru), with an overall response rate of 79%. A quarter of our respondents worked in a management function (editor-in-chief, editor-in-chief, department head, etc.), while the rest were non-management staff (producers, reporters, editors, sub-editors or interns) .

We have found that while Pacific journalists are now older, more experienced and better educated than 30 years ago, they are still younger and less educated than their international counterparts. So, as Pacific journalism schools appear to be having an impact and retention rates of journalists in the industry improve, efforts must continue. The full results are published in Pacific Journalism Review.

Our results suggest a marked change from previous studies in key demographic aspects. The median age of almost 34 is significantly higher than the 20-29 range in previous studies. A closer look reveals important differences between the nine countries. The oldest age profiles were found in the Cook Islands (43) and Tonga (41) and, with an average age of 33, Fijian journalists are the youngest. One possible reason is the high turnover of Fijian journalists due to the punitive Fiji Media Industry Development Act. 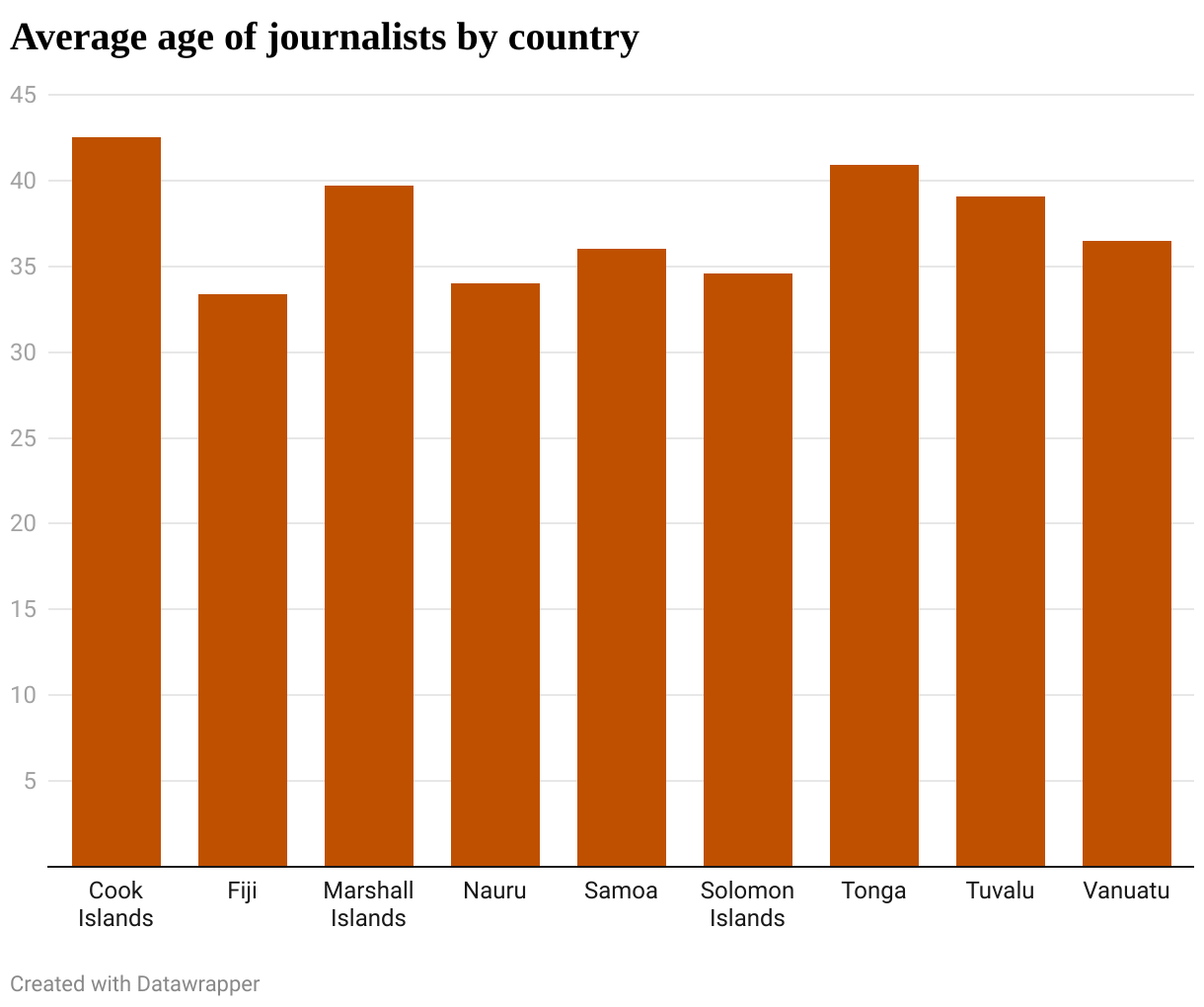 Pacific journalists are more likely to have been trained at higher education institutions today, in line with global trends, but at just over 50% with bachelor’s degrees, the region lags far behind Australia and New Zealand (80-90%). Samoan and Solomon Islands journalists were the most educated with 69% and 68% at least a license.

When it comes to gender, the overall figures suggest broad parity, although large differences in individual countries. Just like in other parts of the world, however, women are still severely disadvantaged in terms of power in the field. In the Pacific, only four in ten senior journalists were women. 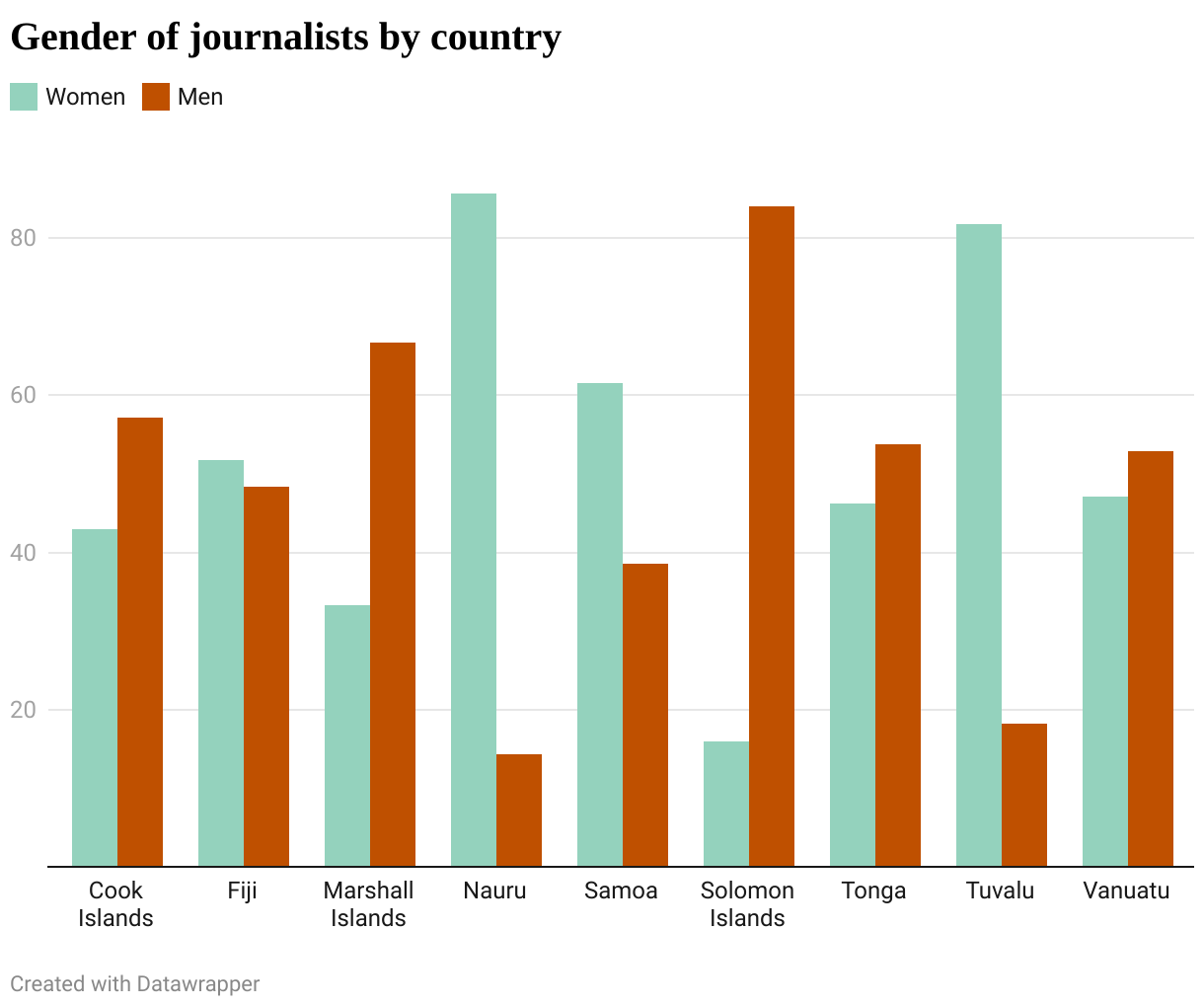 Previous studies have noted that, faced with limitations on media freedom, journalists display a mix of surveillance ideals and development goals. Our results support this hypothesis.

The most popular roles chosen by survey respondents included that of ‘adversary of government’ and that of ‘promoting tolerance, cultural diversity and social change’, the latter falling within the realm of development journalism. . However, ‘supporting national development’ received relatively little support, with respondents favoring a distinctly Western perspective of the ‘detached observer’ role.

When asked about the use of classified business or government documents, only about half of those surveyed did not approve of this practice under any circumstances. This is still considerably higher than the world average in the The worlds of journalism to study. Among our respondents, only 9% said it was “always justified” to use confidential information, and 40% said it was justified on occasion, compared to 93% of New Zealand journalists who said it was okay.

Our findings support the argument that such investigative techniques were generally more accepted in the Global North, as part of journalism’s oversight role, than in the Global South Pacific. Even the second least controversial practice – the use of microphones or hidden cameras – was only approved by around 40% of our respondents, compared to 66%. worldwide.

With respect to perceived influences, our results confirm previous research that the influences journalists experience most directly are those they consider to be the most influential. As a result, journalists find procedural and organizational influences – such as deadlines, media laws, access to information, and editorial policy – to have the most impact on their work. Next are economic influences which tend to interact with organizational pressures.

Unlike the world average, journalists in the Pacific exerted higher political pressure than the personal influences of the networks.. This is indicative of the greater role governments play in Pacific journalism. Samoan journalists are much more likely to perceive pressure from political sources than those in the Cook Islands and Tonga.

Across the Pacific, journalists identify strongly with the empowerment role of power, mixed with views that support a development role. Although they want to be watchdogs, the political realities of their work – as evidenced by their risk aversion to the acceptability of various reporting practices, as well as the perceived influences on their work – make this exercise difficult. In many situations, governments in the Pacific still hamper the press in this crucial fourth estate role.

Shailendra B. Singh is a member of the advisory board of the Pacific Journalism Review and Folker Hanusch is editor of Journalism Studies and vice president of Worlds of Journalism Study. This research was funded by the Research Office of the University of the South Pacific, the United States Embassy in Fiji, and the Pacific Media Center in Auckland.