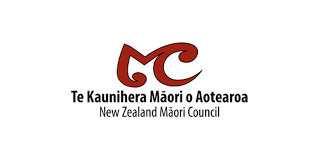 This morning, the Waitangi Tribunal released its report on the COVID-19 complaint filed by the New Zealand Māori Council (NZMC). The report confirms the NZMC’s claim that the government’s response to the COVID-19 pandemic violated the Treaty of Waitangi. The Tribunal urged the government, in the strongest terms, to address this issue as a matter of urgency.

The NZMC were the plaintiffs in the Waitangi Tribunal. During the hearing, the NZMC held good faith discussions with the government to find a new way to support and implement Maori-led solutions to the pandemic. This led to an agreement to establish a new structure known as Ngā Mana Whakahare a COVID-19 (NMWC19). The NZMC remains very positive about this development and believes that it can be used to resolve the issues identified by the Tribunal.

Two months ago, the government announced it would move New Zealand to a new protective framework (the traffic light system) with no targets for Maori vaccination rates. Failed to persuade the government to take a different approach, the NZMC lodged a complaint with the Waitangi Tribunal and asked it to open an urgent investigation. On November 23, the Tribunal gave its consent and a hearing was held from December 6 to 10.

“The decision was a complete justification for the Maori Council’s claim. Each alleged violation has been confirmed. The recommendations are very much in line with what the Maori Council said. Said Peter Fraser, National Secretary of the NZMC.

The government failed to meet its obligations under the Treaty by adopting an age-based vaccine rollout, the Tribunal found. The move went against the advice of its officials, who told the government that young Maori are more at risk than older non-Maori. Maori were also disadvantaged due to a younger population, meaning they were 20% behind the national immunization rate by the time the vaccines were made available to all.

The Tribunal also found that the government had violated the Treaty by deciding to switch to the new protection framework. The unanimous advice the government received from every medical and scientific adviser it consulted, from every Maori organization it consulted, and from each of its own officials in its own ministries, was not to move to the new framework. until higher immunization levels are achieved among the Maori.

The Crown’s engagement with the Maori throughout the pandemic was found by the Tribunal to fall short of what was required by the Treaty.

The result of these violations is that Maori suffer significantly worse impacts from the COVID-19 pandemic. To date, during the last outbreak, the Maori (who make up 16.5% of the population) account for 44% of cases and 48% of deaths. This means that Maori are currently 4.6 times more likely to die from COVID-19 than non-Maori. The Tribunal said: “The statistics speak for themselves”.

The Tribunal made a series of urgent recommendations aimed at remedying this disparity as quickly as possible. He said that :

“The Crown must act on all of these recommendations, as required by active protection, to the extent possible and as matters of extreme urgency. The Crown will remain in active violation of the treaty until it ensures a fair deployment of the vaccine, which fairly protects the Maori people. “

Regarding NMWC19, the Tribunal said that it should not be a new level of bureaucracy. The NZMC agrees. It was created to be a new channel of communication between the government and the Maori organization, not a gateway. The Tribunal made 8 recommendations on how the government should engage with the NMWC19. The NZMC fully agrees with these and hopes the government will be prepared to incorporate them immediately into its relationship with the new structure.

The NZMC hopes that with NMWC19 operational, it will now be easier for all Maori groups to work with the government to implement the Tribunal’s important and urgent recommendations.

“The Maori Council is extremely grateful to the Tribunal for carrying out this investigation on such an urgent basis. The Tribunal heard our request and gave the government its wisdom and advice. Our recent work with the government through the NMWC19 gives us the conviction that it is ready to listen. said Peter Fraser.