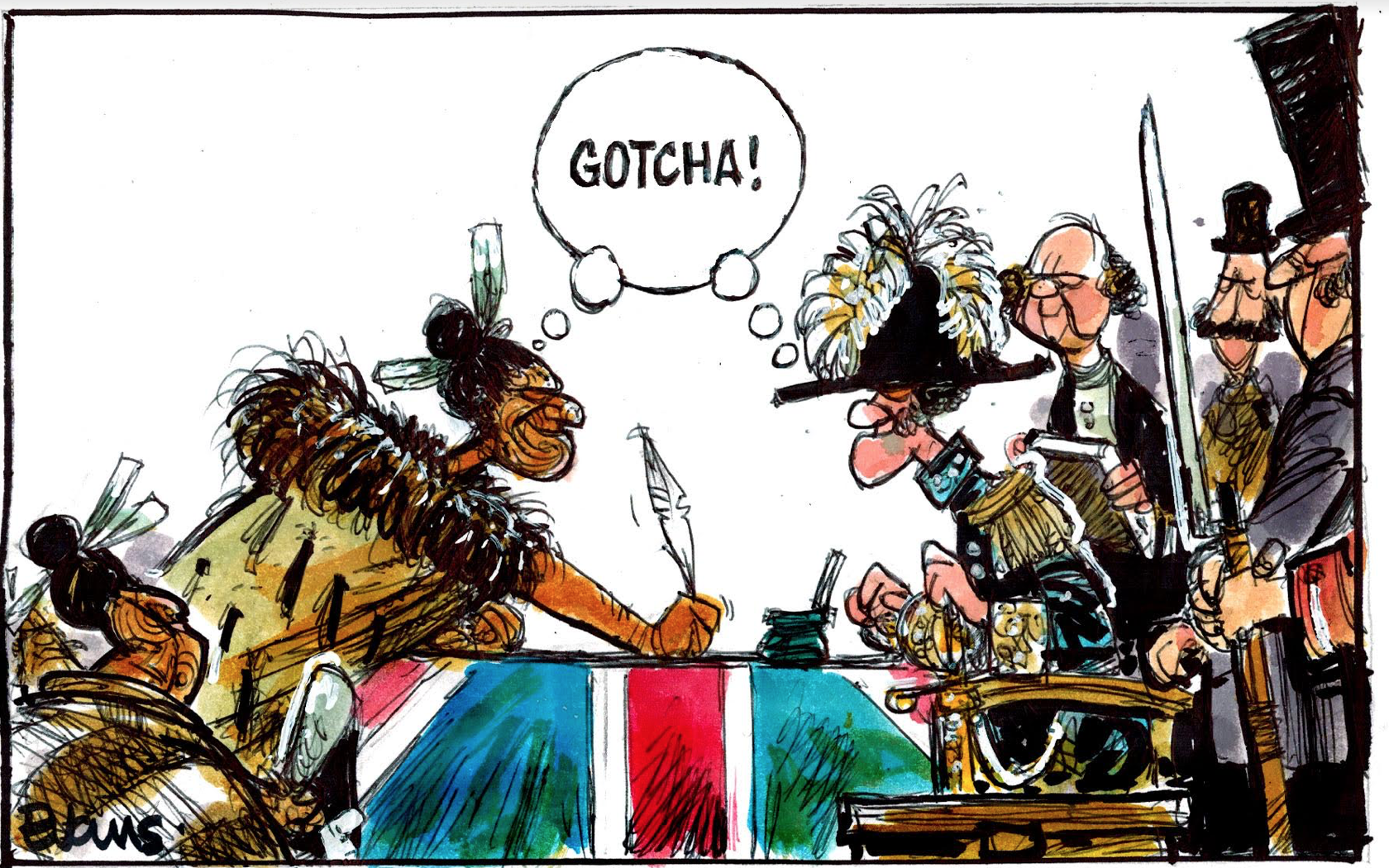 The most important understanding that Aotearoa New Zealand should draw from our current reality is that the vast majority of whanau Maori are worse off today than they were before the fourth Labor government empowered the court in Waitangi to start investigating historic breaches of the treaty in the 1980s. The reason Maori are worse off now is that the working class is worse off and Maori are disproportionately part of the class factory Girl.

The working class is still the shock absorber of the economy and so Maori are still disproportionately affected.

While agreeing to compensate for historic treaty breaches, the David Lange/Roger Douglas government unleashed a series of economic changes that removed protections for families and communities and gutted the welfare state. In alliance with the wealthy, they and the national government that followed them smashed unions and plunged hundreds of thousands of working New Zealanders into poverty. It was a classic class war and the rich won and still win until a country whose defining identity is poverty and inequality.

The total paid out under treaty settlements since the process began in the 1980s now stands at just over $2 billion. It accounts for less than three percent of the value of land and property stolen from Maori. (The last of the major settlements, the most important in fact, will be with Ngapuhi who has not yet entered into negotiations)

And for a useful comparison, never forget that John Key’s national cabinet, after a 10-minute discussion around the cabinet table, agreed to pay up to $1.7 billion to wealthy investors in the collapse of South Canterbury Finance.

Not a single dollar of treaty settlement money has been transferred to Maori by the government without iwi having to put in place capitalist structures to receive and administer it within our capitalist economy. It was an essential prerequisite. The resulting tensions within iwi are palpable and ironies abound. Most Maori would never dream of sending their elders to a nursing home, but Ngai Tahu has done very well thanks to his holdings in Ryman Healthcare, which raises the elderly for savings and government grants. Iwi rulers are no different from traditional capitalists in this respect. What trickles down to the maori whanau isn’t much, nor should it be expected to be much. Most iwi are able to distribute scholarships and offer a small range of payments and benefits, but these will never be able to make a significant difference to the daily lives of most Maori. And Maori who are not tied to their iwi are completely out in the cold.

The Iwi rulers – the heads of these corporate capitalists – have become the group with which governments like to consult. John Key was known for ignoring everyone and Labor is not much different.

Aotearoa New Zealand is looking for a way forward to develop a more respectful and honorable relationship between Pākehā and Māori with the Treaty at stake on the ground – a critical point of reference. Some positive examples are emerging, not only through guaranteed Maori representation in local government, but in areas such as the management of Te Urewera and innovative models such as the one proposed to manage water after the capitalist exploitation of the Fresh water has brought us to the point of crisis.

None of these innovations is an attack on democracy despite the huge alarmist campaigns of some farmers and the predictable ACT/Brash brigade. Well handled and well directed, the public will see that these are improvements democracy – bringing the 15% of the Maori population into the democracy tent.

Unfortunately, no one in the current government, other than Nanaia Mahuta and David Parker to some extent, is ready to step up and make meaningful changes. The most likely outcome on water will be that major water reforms will be scrapped in much the same way that Ardern threw in the towel without a fight on a capital gains tax.

The most critical issues facing Maori and the working class in 2022 are housing and taxation:

The latest figures for September 2021 put the State House waiting list at 24,546, with half of that number being Whanau Māori. This Labor government built state houses in less than double the rate of increase in the State House waiting list. This is great for middle-class landlords who can continue to charge impossible rents, knowing that the government will continue to pay them an additional $2 billion every year in housing supplements because rents are unaffordable.

A housing campaign this year will be built around the central demand that the government build state homes for desperate families – disproportionately Maori. If you haven’t signed this petition to help get the ball rolling, don’t pretend you care about housing.

What will make a difference for Maori and the working class in 2022:

If the campaigns on housing and taxation can kick off and gain momentum, they will compel Labor to act and implement radical change.

It won’t be easy. Labor is attached to what their middle-class focus groups say – in fact, they are hip to corporate and comfortable. Only drastic action will force their hand for the better. Be prepared to do your part in these campaigns in 2022. We must get serious – this is a crisis for Maori and working people – only radical solutions driven by active campaigning will make a difference.

GUEST BLOG: Ian Powell – An oath that stands the test of time