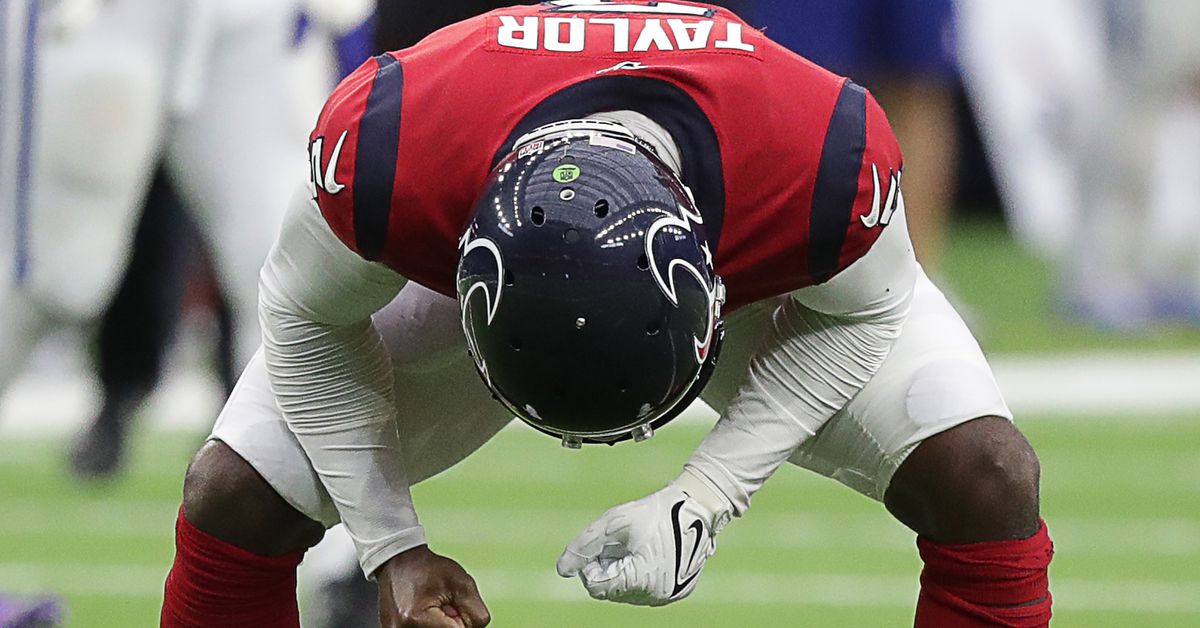 Houston, TX – For a team mathematically eliminated from the playoffs, the Texans seemed to be a particularly determined and focused group. The results of the previous game left some bad feelings in the psyche of many Texas players. “Man, that was bad” “I can’t believe I spent 3 hours of my life watching this”[Easterby] is it happening with this team? “

CORRECTION: Apparently it wasn’t from the Texans fans. These were taken from various Texan staff, who may or may not be part of the organization. Also, it didn’t refer to the Colts / Texans game. They were forced to work in the office of team CEO Cal McNair and on a “conference call” saw him struggle to beat a group of Brazoria sophomores.

As for the leadership of the team, it seemed to focus on one key area. “I thought I had acquired attacking players at some point in this offseason,” said Nick Caserio. “What’s going on with all these RBs that I bought wholesale?” Incredible.”

“It would probably help if the backup QB didn’t, you know, like, [Easterby] suck his throws. He’s the quarterback. Full responsibility for the match rests on the shoulders of the QBs. The shoulders of the QB alone. Certainly no one else, especially not the head coach of a large, multi-million dollar salaried football team, ”said Culley.

While it’s not usual for a coach to be so outspoken about the performance of a substitute entering the game after an unexpected poor starter start, these are not typical times. Culley is under a lot of pressure, or perhaps the combination of ill-fitting headphones and the loud, loud velociraptor-like screams coming from said headphones could stress the trainer. We cannot say for sure.

David Culley has said Texans general manager Nick Caserio was not involved in the decision to put Tyrod Taylor on the bench yesterday. Caserio is on the helmet during matches.

Regardless of the communication channels, language or species of animals on the call, the fact remains that there are serious issues for the team to discuss and possibly resolve before facing. the last five games of the season. The offense was, well, offensive. These are some of the stats that can be found when taking a break from reading depressing type things:

To that end, the Houston Texans officially declare this week “Offense Week”.

Even via social media, the message of the offense permeated the team’s accounts. Take this missive from the famous Executive Vice President of Football Operations (EVPFO):

The effects were felt from the start. Insiders who followed the team noted a remarkable change in the amount of time allotted to training. The day begins with pre-meetings on improving the offense with the post coaches. The team then moves on to offense meetings with the offensive coordinators. Then, the coordinators meet with the offensive head coach to discuss the offense. Then, the Head Attack Coach meets with the Attack General Manager and the Attack EVPFO to discuss the infraction. Next, the EVPFO looked at the Good Book to look for relevant offensive passages to pass on to the players, all part of the grand strategy to improve the offense. This was followed by the subsequent transmission of the EVPFO meetings, to the Holy Trinity, to the coordinators, to the post coaches, and then to the chain of command for even more updates on improving the offensive.

Most took the job in stride. Others found themselves trying to offer suggestions.

“Hey, did we really consider, I dunno, like going out into the field and practicing a few plays or concepts?” Observed starting quarterback Tyrod Taylor. This question was rather strangely followed by the statement that Davis Mills would be the incumbent against Seattle. While some thought the team was just careful about his wrist injury, others weren’t so sure. [Update: Pending the results of Taylor perfectly reciting the Easterby’s last few sermons the most recent practice, it is possible Taylor may yet start on Sunday.]

“Well, I’m sorry Mr. Tyrod isn’t playing the quarterback and advancing the offense,” lamented Davis Mills (interviewed before Thursday afternoon}. “I mean, I had a few rest games, which I guess was pretty cool. I worked on a few things to help me throw, which I thought would help the attack. I got to a point where the balloon went through this tire more than 2 times in a row, even when I took 5 steps back. “

“Then I got into last week’s game. I thought I remembered what Mr. Offensive Coach Kelly and Mr. Head Offense Coach Culley taught me between my Sunday school readings. Looks like it’s going well on offense, but after that first snap, those big, mean, ugly colts, the ones that beat me a few weeks ago… well, they chased me again. They hit real hard and said some really mean things about me and my mom. Oh, that wasn’t fun at all.

“Oops, sorry about that. I didn’t mean to say bad words. It’s just that I’m so excited about our offense… excuse me for a minute while I read Mr. Easterby’s last missive.

“Yeah yeah yeah. We play offense. We focus on offense. Offense, offense, offense !!! That’s all I hear about it [Easterby] The brat snarled Brandin Cooks. “Just throw me the [Easterby] Ball. Preferably somewhere in the same planetary orbit, and everything will be fine. ”

Even the defense and the special teams were all-in during the offensive week.

“Hey EJ, uh coach!” LB team Zach Cunningham sounded, “Can we go out on the pitch and love, actually practice. Maybe work on the tackle just a bit? “

Coach Culley replied: “Enough blasphemer !!!! Hasn’t the fiery redemption of being suspended changed your heart and bad manners?!?!? Won’t you repent of your sin? for defying the team rules as established by the Most Holy Easter by, uh, me ??? ”

“Uh coach, sorry, we can’t do that,” Caserio noted.

After a quick appeal to the EVPFO, the offense committed by the offensive defensive player of Offensive LB was placed on waiver.

With the Texans now down from an offensive LB, the team will be looking to break their attacking streak of 6 quarterbacks zero and two games less than the other team’s offensive production streak this coming week against Seattle. Maybe they can avoid slipping into some of the worst killings numbers in team history. Everything about improving this attack for this team. Without a doubt, more reinforcement will continue with missives like these:

Will this article have more “offense” than the Texans? Very possible. Will this translate into the field? We will see. Until then, at Totally Not Fake News, we remain committed to our mission statement:

“We’ll run any news that can be printed, and if we don’t, we’ll run it anyway. “

Can we go on a cruise while pregnant?