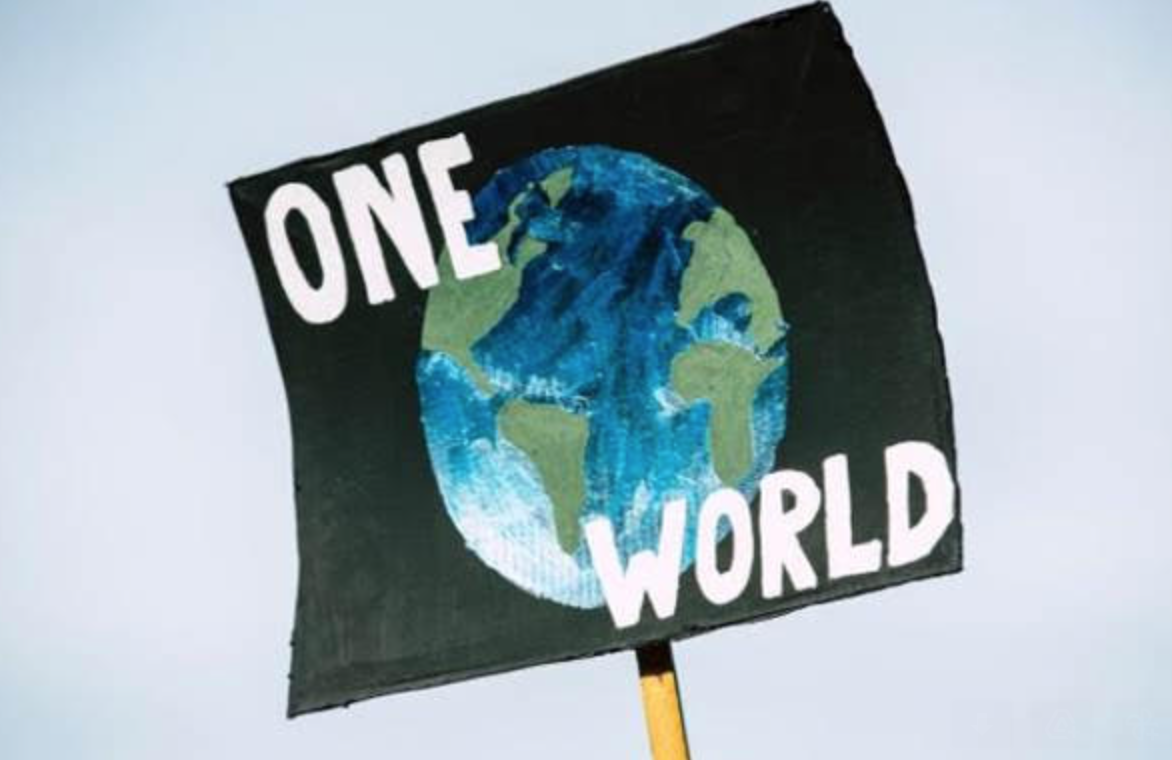 The simple thing that is difficult to do.

WHY do people fear a united world in which solidarity, rather than greed, is the driving force? In such a world, the Covid-19 pandemic would have been managed collectively, without regard to either the narrow interests of nation states or the thirst for profit of corporations. In such a world, the response to global warming would have been instantaneous, decisive, successful and triggered 50 years ago. In such a world, no one would be allowed to remain in need, and obscene wealth would be unthinkable. That such a world is the preference of just about every human being seems indisputable – and yet it only exists in the imaginations of utopian dreamers.

My question is driven by some of the signs that I have seen being carried by participants in recent anti-vaccination protests. Some of them referredAgenda 21, others Agenda 30. According to Wikipedia, Agenda 21 is “a non-binding United Nations sustainable development action plan. It is a product of the Earth Summit held in Rio de Janeiro, Brazil, in 1992. Agenda 30 is another initiative of the United Nations which, in the same way, proposes a “blueprint for achieving a better and more sustainable future for all and for the world by 2030”. What might make people oppose these clearly beneficial goals?

The answer, of course, is fear. Fear of being somehow subordinate to strangers. No, let’s be honest here. Fear of dark-skinned people forcing white-skinned people to share the world’s resources more equitably. Fear of losing the last privilege still available to the poorest and most despised whites: their supposed racial superiority. Fear of no longer belonging to the collective of masters. Fear of joining the community of servants and slaves.

How else to explain the extraordinary reaction of the White World to the identification of the Omicron Variant of Covid-19 by South African scientists? Rather than thanking South Africans for alerting the world to this potential new threat to global health, the nations of Europe, North America and Australasia immediately banned all flights from the southern third. of the African continent. Regardless of whether the Omicron variant has already arrived in places all over the planet, including Europe, the Western nations, by reflex, almost by chance, have dealt yet another devastating blow to the fragile economies of South Africa and South Africa. his neighbors.

Not fair! Mourn the governments of the West. We are only doing what is necessary to protect our people from this new Covid threat. Which is true, but which also brings us back to our starting point.

In a united world: a world without borders and without self-protecting nation-states; the extraordinary, publicly funded scientific effort that created a plethora of Covid-19 vaccines in record time could not have been privatized by large pharmaceutical companies and turned into super-profits. On the contrary, the resources of the entire planet would have been mobilized to produce enough vaccines to inoculate the entire human population in the shortest possible time. The idea of ​​leaving hundreds of millions of people unvaccinated – and in doing so, allowing the virus to mutate at will – would have been dismissed as not only scientifically foolish, but also morally indefensible.

A similar concern for the welfare and justice of the world, backed by a global police force recruited from the ethnic and linguistic communities of the planet, would have brought an early end to the indefensible destruction of the Amazon rainforest by the interests Brazilian agriculture and mining. .

This same international police force is said to have long indicted the big oil companies for plotting to hide from the global public the deadly threat posed to the planet by growing pollution from fossil fuels. (Still assuming that such dangerous concentrations of private power would even be allowed to exist in a world engaged and guided by the obligations of global solidarity.)

It is here, of course, that we come up against the other reason why the obvious benefits of a “one world government” arouse visceral opposition from those with a vested interest in the local status quo and global. A world run for the benefit of all human beings strikes at the very heart of the idea that there is something admirable and effective in an economic and social system which allows individuals and their families to accumulate and to transmit great wealth – to the detriment of others.

The very idea that this system might be outdated terrifies even those who do not have great wealth. For these blind souls, an indestructible longing to somehow join the ranks of the rich and powerful has lit their way through all the dark vicissitudes of life. Selfish dreamers, their stunted existence below is made bearable by the assumption (error) that there is always room above. Threaten this, their most precious dream, and their reaction will be as vigorous as it is vicious.

Paradoxically, the only effective evolutionary responses to a global pandemic – collectivism and solidarity – are also the most effective means of inspiring fierce resistance to any measures necessary to give them practical effect. So are the economic, social and political policies needed to eradicate poverty, racism and sexism. Indeed, all the evils that beset human societies can ultimately be attributed to a common hatred of anything and everything that brings people together in freely bestowed love and trust.

Nowhere is the natural inclination of human beings to unite in friendship and trust more clearly than in the story of the First Christmas of the First World War. -man’s land, cautiously came out of their trenches and encountered them halfway. Alcohol, cigarettes and Christmas rations were traded, as well as the soldiers’ poor opinion of the war. Shocked and alarmed, their officers soon put an end to this unauthorized fraternization. Within hours, these ordinary Germans and English were back in their trenches and doing their best to kill each other. It was the one and only “Christmas truce” of the war.

How close these soldiers came to the essential truth of the tragedy they were all immersed in: that it just didn’t have to be. Let go of the mythologies of race and nationality, and embrace the reality of our common humanity, and war is just one of the evils that will go away.

As the German poet, playwright and Communist Bertolt Brecht said:

It’s reasonable. You can grab it. It’s simple.
You are not an exploiter, then you will understand.
It’s good for you. Look at the.
Stupid men call him stupid, and dirty people call him dirty.
It is against dirt and against stupidity.
The exploiters call it a crime.
But we know:
This is the end of all crimes.
It’s not madness but
The end of madness.
It’s not chaos,
But order.
It’s the simple thing
It’s hard to do.

Five reasons why the Christian life is difficult