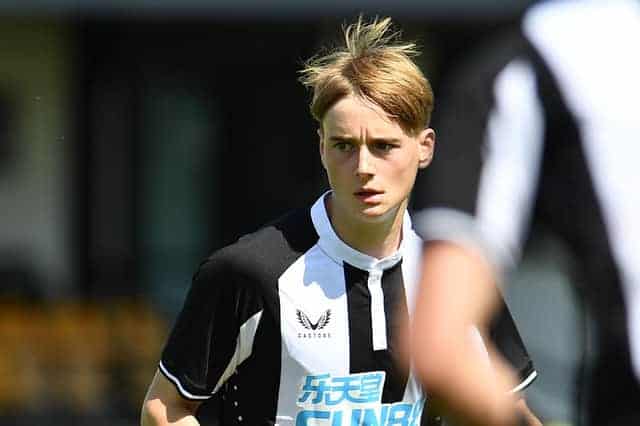 Lucas de Bolle has only made one appearance for Hamilton yet during his loan spell. The midfielder continues to suffer from blurred vision after suffering a concussion with Newcastle U21s ahead of his loan spell in August.

The symptoms cleared, allowing his debut against Queens Park on September 17. De Bolle came on as a second-half substitute for a 20-minute run-out in the 2-0 loss.

The 20-year-old then joined the Scottish U21s for the international break in September. It was during this period that Lucas’ blurry vision returned. He hasn’t been available for Hamilton since.

Things were looking up at the end of last month as De Bolle was set to return to training. However, he went to see a specialist in London this week according to a report by daily check-in. Fortunately, a recent scan revealed no serious issues.

“Lucas had an MRI on Tuesday. It’s something with his vestibular system and the ear that sends messages to the brain. This is the explanation I have.

“He’s a lot more comfortable with it now than he was before.

“I hope he’s not too far away. He had to go to London to have the MRI and see a physio who specializes in that sort of thing.

“As far as we know Lucas’ scan was clear and he was back at Newcastle on Wednesday morning.

“So hopefully he can progress from there and be involved again very soon.

“He hasn’t trained for a while, so he will still be a bit off in terms of fitness.”

This situation turned into a nightmare for the young midfielder. His persistent concussion symptoms have kept him out of action for three months now. Hopefully, with the scan coming back clear, Lucas is on the way to a full recovery.