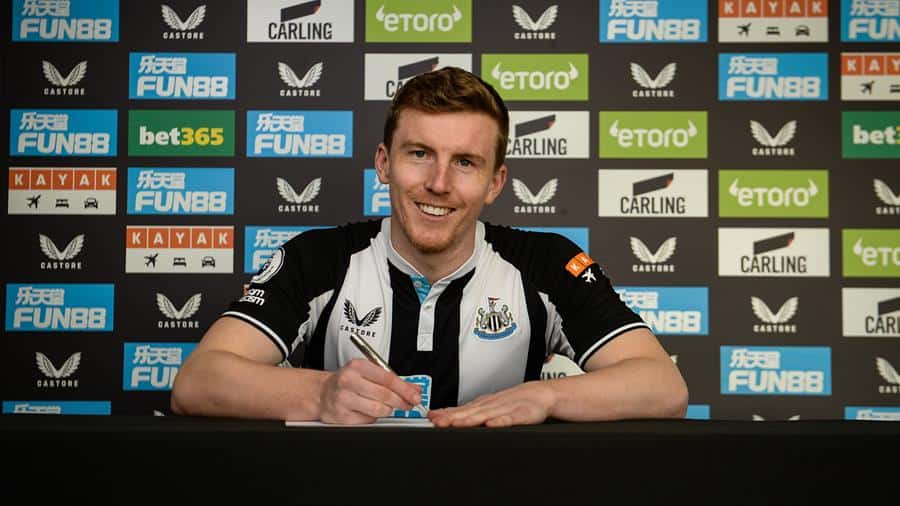 Newcastle are generally linked with every player under the sun during any transfer window.

And that link will of course only grow this summer, with 80% of Newcastle now owned by Saudi Arabia’s Public Investment Fund (PIF), which is now worth $620 billion, translating to around £473 billion.

Yes – it’s with a B, and it’s now the 5th largest PIF or sovereign wealth fund of any country – in the world.

PIF’s assets have reached $620 billion and rise to fifth place in the world #NUFC https://t.co/M4v5Ux8nf1

Matt Targett has been nothing short of excellent for us this year since coming on loan from Aston Villa.

There’s a loan-to-buy fee of £15.3m, and he’s definitely worth it to fix our left-back problem.

Sky Sport North East reporter Keith Downie spoke to GiveMeSportand he had this to say about Targett:

“I think the priority is to get Matt Targett in. I think they’re trying to juggle, but they have an option in the Targett deal, so I expect that to be done.”

Jamal Lewis, 24, has been hardly used by Eddie Howe, and he hasn’t been part of the 25-man Premier League squad since January.

So whether that means the former Norwich player, who was capped 26 times by Northern Ireland, will be sold, or whether he will be loaned out, we don’t know, but the boy needs games to improve.

And since January, when he refused to join Championship club Birmingham on loan, he hasn’t played a game.

Lewis signed a five-year contract with Newcastle United on September 8, 2020, so there are still three years to go.

We think it would be best to loan him out next season to a Championship club and see how he does.

In his first season on Tyneside, Jamal played 24 games but this season he has only featured 6 times for the Magpie.

There is a good player somewhere.

But Matt Targett has earned his transfer to Newcastle and he will be our first signing this summer, to make the five players who came last January permanent signings.

If we can replicate the January transfer window this summer with five more players Eddie Howe wants, we should have a much improved squad for next season and maybe a top 8.

When it’s time to refocus