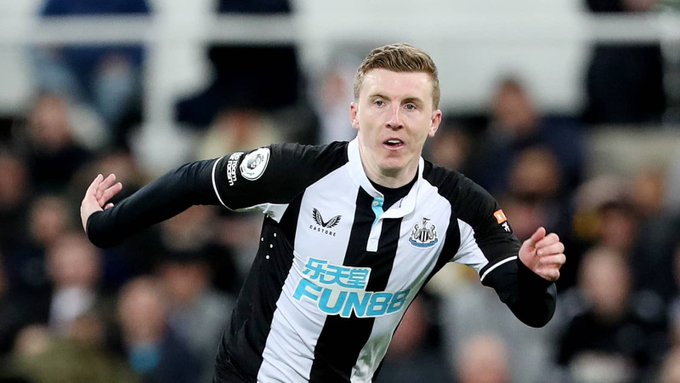 On that brilliant night at St. James’ Park last week, Matt Targett seemed to confirm his desire to remain a Magpie beyond this season. The loanee left-back told NUFC TV the following:

“I think everyone knows what I want.

“Look, it’s up to the club to decide. It is a colossal project.

“An exciting project and I’m sure everyone wants to be part of it.”

The interview with the 26-year-old even had an abrupt appearance from Bruno Guimaraes stating that Targett should stay. It would be a hugely popular move among the fanbase for Eddie Howe to trigger the £15million option to buy.

However, the situation is not as clean and dry as it once seemed. The following social media post was liked by Targett, which featured the ‘short but sweet’ phrase presumably alluding to his time at Newcastle.

It doesn’t exactly seem like there’s a strong chance that Targett will stay. #NUFC pic.twitter.com/RmozpfRKCT

The Echo of the North reports that Matt is keen to be closer to his family on the south coast, with newly-promoted Fulham making initial contact to bring him back to Craven Cottage. He spent the second half of the 2017/18 season on loan with the Cottagers.

Howe was evasive when asked about Targett’s future, although he has praised his contributions since joining in January. A return to Aston Villa will not be an option as Steven Gerrard will still try to offload the left-back should Newcastle choose to look elsewhere.

There are two left-backs on Newcastle’s radar in Atletico Madrid’s Renan Lodi and Bayer Leverkusen’s Mitchel Bakker. It was reported by journalist Andre Hernan yesterday that a meeting is scheduled with Lodi later this week.

What once seemed like an inevitability of Targett’s permanent membership seems less and less likely by the day. Whatever his future, his impact this year will not be forgotten on Tyneside.