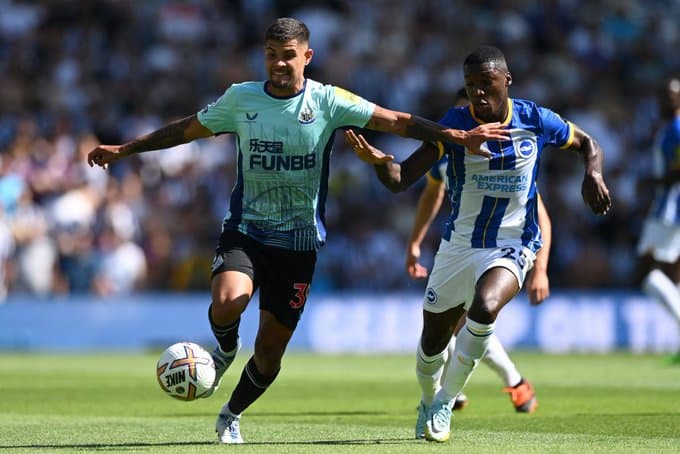 Newcastle released images, which can be seen here, from Wednesday’s training session. The Magpies are preparing for a trip to West Ham on Sunday.

Unfortunately, none of our star trio – Callum Wilson, Bruno Guimaraes, Allan Saint-Maximin – took part in practice today. All three are suffering from minor hamstring injuries and Wilson is not expected to be in good shape for the weekend.

Guimaraes and Saint-Maximin failed late fitness tests for the goalless draw against Crystal Palace. Saint-Maximin is currently in Monaco under specialist treatment. Howe had the following to say about Allan’s injury last week:

“There’s no muscle pulling with Allan, it’s more just a bit of swelling. We hope it won’t be too long.

“I don’t know if he’ll be available for the next game or not right now. But if it’s not the next one, then definitely the one after that.

Bruno Guimaraes took part in a Castore meeting with Joelinton, Javier Manquillo and Miguel Almiron yesterday. The Brazilian told NUFC TV he wasn’t sure if he was ready for Sunday but was working hard for his comeback, saying:

“I worked hard for this, this is my goal. But I don’t know if I will be ready, I know I have to answer this question for many fans today. I do my best to be ready. »

To catch up on the numbers, Howe called up some of the U21s for today’s session. Remi Savage, Lewis Miley and Jay Turner-Cooke were spotted in some of the footage.