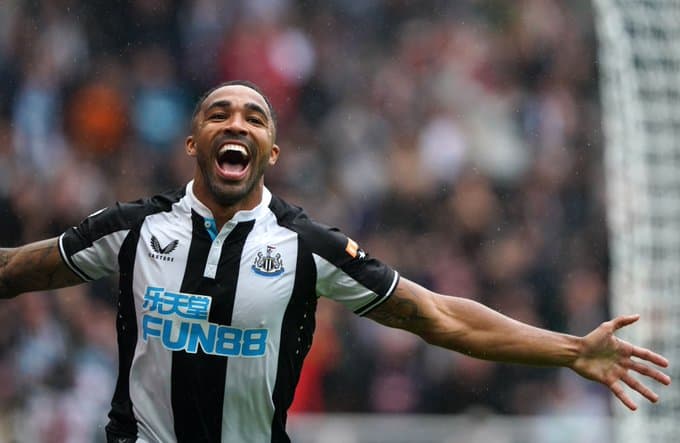 Callum Wilson, 30, has been a big miss for Newcastle this year with a calf injury, although our lads did very well before losing our last two games without a chance at Chelsea and Everton.

Both games ended in 1-0 defeats, with goals conceded to death even.

But the good news is that the team had their second hot weather training camp this year – this time in Dubai – and we expect them to be in top form (and scorched by the sun) when we will play Tottenham on Sunday afternoon.

When Callum Wilson is in the team we are a much more dangerous team with the England International a natural goalscorer.

But Callum is one of those players who get injured too often, and you can only count on him for about half a season.

This is one of the reasons why the new owners will bring in a seasoned goalscorer this summer, and possibly a young striker as well.

The really good news is that Callum is running again, and head coach Eddie Howe has said the number 9 striker could return as soon as the Crustal Palace match at St. James Park on April 20.

Callum Wilson had this to say during a recent BBC Footballer’s Football Podcast.

“The injury is going in the right direction”

“I jog now which is a positive step and yes I am increasing day by day working harder and ticking different boxes.

“You know how it comes back from an injury, you have to hit certain markers before you can take the next step in your rehabilitation and stuff like that.”

“So we’re in and out of shoes, sneakers, doing different errands and things like that and really accumulating that load.”

“Soon the return will be here, and I hope to have a few games.”

Here are the remaining matches of the season.

If Wilson can return, say for the game at Norwich on April 23, he could help us score points in the last 5 tough games of the season.

Callum has scored six goals in just 15 appearances for Newcastle in the Premier League this season, and is still our top scorer, so striker is a position we need (and will) strengthen in the summer.

Here’s where we are now in the league before we start our 9-game run-in at Tottenham on Sunday.

How will Newcastle fare at Tottenham on Sunday?