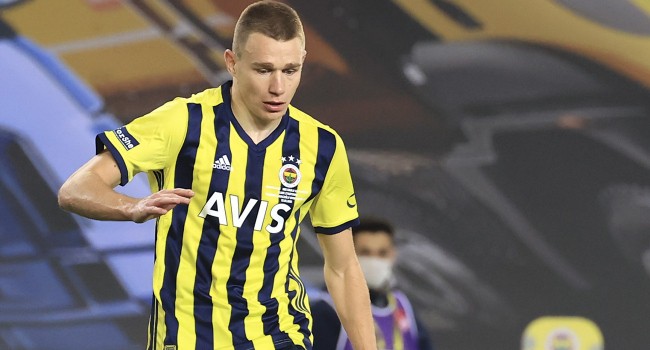 Reports remain positive on Newcastle’s pursuit of Sevilla’s Diego Carlos. After a weekend of progress, Newcastle are reportedly close to agreeing a deal for the 28-year-old, who has emerged as the centre-back’s top target.

Newcastle are trying to land two centre-backs and have been linked with a number of targets since taking over in early October. James Tarkowski has recently resurfaced although it remains doubtful whether Burnley will sanction a sale to a relegation rival.

Luke Edwards in The Telegraph named Liverpool’s Nat Phillips and Tottenham’s Joe Rodon as being under consideration yesterday. A decision for Monaco’s Benoit Badiashile has remained silent as he was ruled out until the end of February with a hamstring injury.

Yet another name was inscribed in the frame by sky sports. They report Newcastle are interested in Fenerbahce centre-back Attila Szalai who was first linked in April last year.

Newcastle, West Ham and AC Milan are tracking the Hungary international, who turns 24 this week. He only joined Fenerbahce last January from Greek Apollon Limassol FC for less than £2m.

He has since made 50 appearances in Turkey, seeing his stock rise significantly. Chelsea, Aston Villa, Leicester City, Napoli and Lazio have all been credited with an interest in the ball-playing centre-half at various times last year.

Hungary manager Marco Rossi has recently praised the defender while hinting that a move to Chelsea is very close. Here was his answer when asked about some of his players last month:

“It’s hard to name a single player [that is impressing], but at the moment I see Attila Szalai very well, who plays for Fenerbache, but I think he is joining Chelsea.

“Obviously he was followed by important clubs in Spain, but apparently his transfer to Chelsea is a done deal. He would also be a great player for Italian football.

Sky Sports has Szalai’s price tag at around £16.7million, so he’s a cheaper option than some of our other targets. He is also a left-footed centre-back that Howe and Newcastle have been in the market for since the summer.

Szalai could be seen as an alternative to both Sven Botman and Freiburg’s Nico Schlotterbeck, who doesn’t want to leave Germany in this window. Botman’s move reached an impasse earlier this month with Lille’s reluctance to do business.

NJPN Blog: Young and old in dialogue for peace