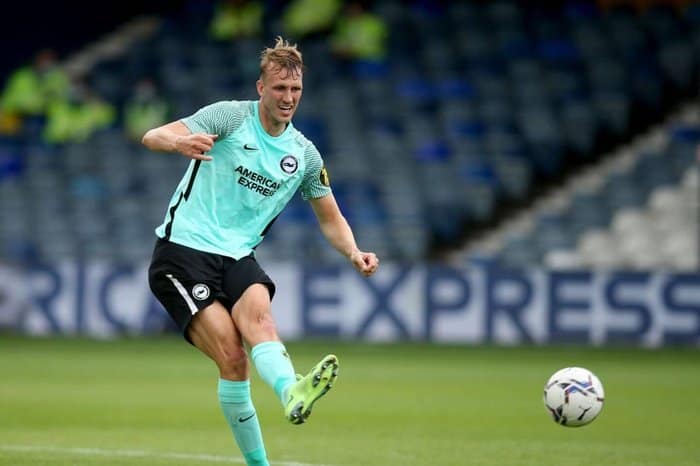 Newcastle have launched a second bid for Brighton’s Dan Burn this morning. The first offer believed to be between £7m and £8m was rejected by Albion earlier in the week.

The mail, as well as The Chronicle’s Lee Ryder, report on the upgraded offer. This latest offer is said to be £10million.

Brighton have received a new offer for Dan Burn from #nufc . Magpies, returning from Saudi Arabia, waiting for an answer. First offer of £7m turned down.

The Blyth-born defender emerged as Newcastle’s main defensive target as moves from Sevilla’s Diego Carlos and Lille’s Sven Botman ended in defeat. Burn would provide another left-footed option for Eddie Howe at the back.

The centre-back is entering the final 18 months of his contract and will reach the transition age of 30 in May. This is a great offer for the 6’7″ defender who joined Brighton from Wigan in 2018 for a fee just north of £3million.

Newcastle are hoping to add at least one centre-back and another striker before the window closes on Monday. Arsenal’s Eddie Nketiah has been named by The Telegraph’s Luke Edwards as the most likely attacking addition.

The 22-year-old striker is out of contract at the end of the season. Edwards believes he has been a target early on in the window with Newcastle making their last push this week.

As things stand, it seems unlikely that a deal for Manchester United’s Jesse Lingard can be agreed. However, there is still a chance Newcastle could return for the 29-year-old before the deadline.

The barrier remains Man U’s insistence on including a £12m survival bonus. That bonus would bring Newcastle’s total cost for a four-month loan into the £15-16m range. If the Red Devils can agree to reduce this amount, a deal could theoretically be done.

A similar clause is said to be part of the deal to bring Bruno Guimaraes to Tyneside. The midfielder is expected to be announced shortly after undergoing medical checks in Brazil on Friday.

The case of 10% inflation before December