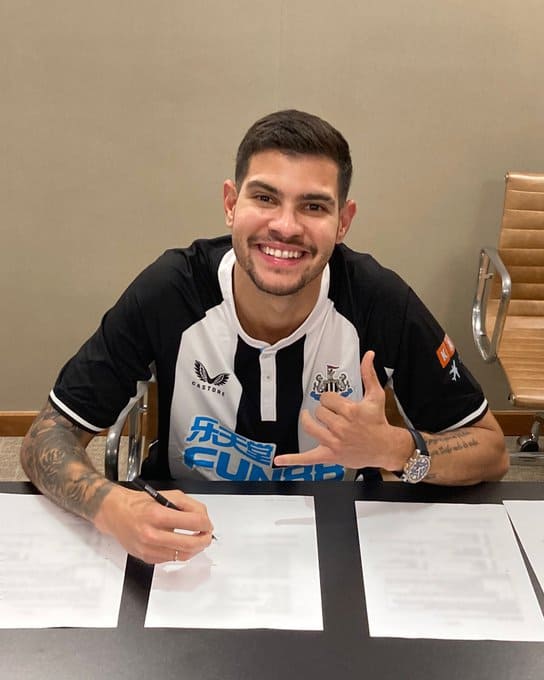 Newcastle United have confirmed the signing of Bruno Guimaraes from Lyon on a four-and-a-half-year deal. The 24-year-old officially becomes Eddie Howe’s third signing of the winter window.

Newcastle United are delighted to announce the signing of Bruno Guimarães from Olympique Lyonnais on a four and a half year contract.

Bruno will wear jersey number 39, which was the number of the taxi his father drove in his native Brazil. The midfielder represents a massive coup for Newcastle in the notoriously difficult winter window.

He is currently on international duty with Brazil and will remain so until the end of next week. Guimaraes will meet new teammate Miguel Almiron as Brazil qualify for the World Cup against Paraguay on Tuesday.

Here’s what head coach Eddie Howe had to say about his new playmaker:

“Bruno is a hugely exciting talent and has been one of our main targets so I’m delighted to have him. He strengthens the group immediately ready for the challenge ahead.

“He’s been one of France’s standout performers and is a full international for Brazil, so I have no doubt our supporters will really enjoy watching him.

“We look forward to welcoming him to the club on his return from international duty.”

He looks fantastic in Newcastle United‘s black and white shirt. Welcome aboard Bruno!.