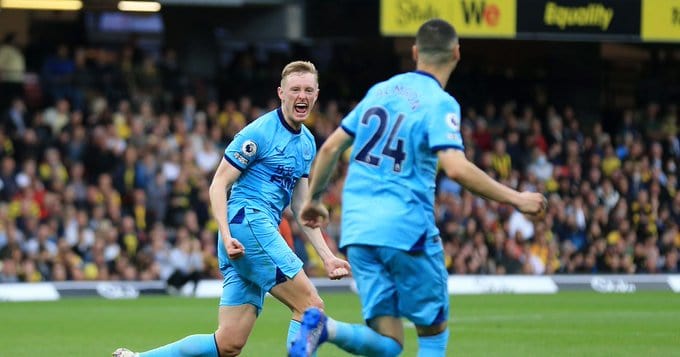 The teams are out and this is who Eddie Howe has selected for this afternoon’s game against Norwich. He has four changes from the midweek win over Crystal Palace.

Fabian Schar gives way to Lascelles, who takes over the captain’s armband on his return. Surprisingly, the other changes are immediate as either Saint-Maximin or Joelinton take the lead from Chris Wood with Murphy in place of Almiron.

Here’s who Dean Smith has named for Norwich.

?? Smith makes a change to the starting XI
?? Zimmermann replaces Gibson
?? Williams on the bench ahead of Rupp#NCFC | #NORNEW pic.twitter.com/TbHXtrl1qW

Newcastle have a chance to move into the top ten with a win today. It will be tough as Norwich are fighting for survival and simply must win for any hope of safety.

The guys should be full of confidence after three straight wins and will be determined to put on a performance for the traveling fans.

It’s a huge opportunity for Lascelles, Longstaff and Murphy to claim before some very tough matches to close out this campaign.

***As per our policy, please do not post links to or refer to illegal streaming sites by name in the comments. ***