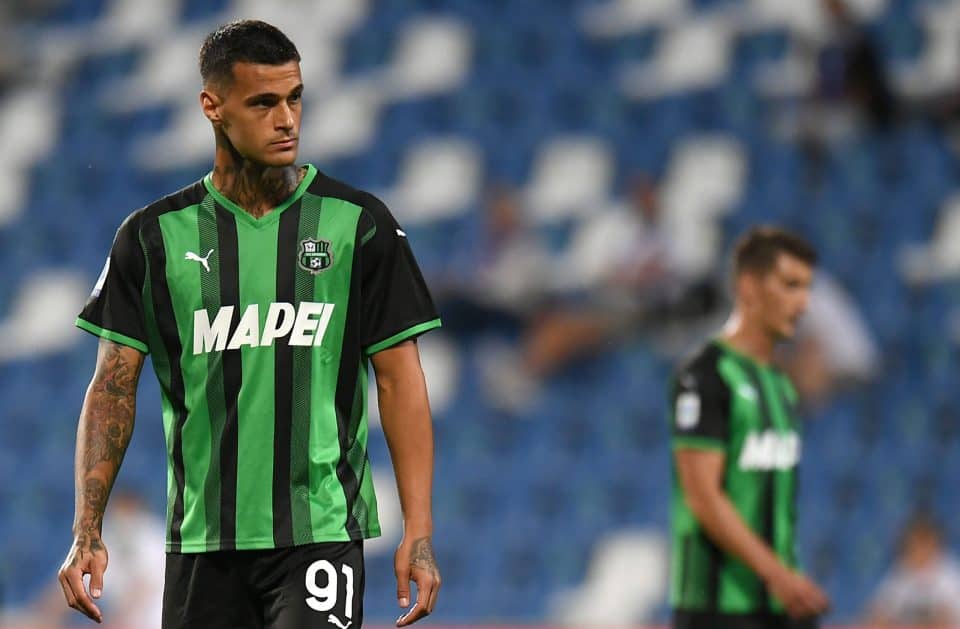 Newcastle will be looking to land a top young striker this summer. There are a few high profile targets who continue to enter the conversation with Benfica’s Darwin Nunez and Napoli’s Victor Osimhen.

However, it might take a miracle to rival our recent rise in the leaderboard to land either. If they became available, they would be in high demand and cost a small fortune. Newcastle may have to move on to other targets.

Sport Witness cite a claim from Italy that Newcastle are tracking Sassuolo’s Gianluca Scamacca, who was briefly linked in January. The 6’5″ Italian equaled Osimhen’s tally in Serie A with 13 goals, but with 9 more appearances.

According to Italian journalist Ciro Venerato, Newcastle and the two Milan clubs are on the trail of Scamacca. Napoli also view the 23-year-old as a potential replacement should Osimhen leave this summer.

Prior to this season, Scamacca spent the majority of the past three years on loan with Cremonese, PEC Zwolle, Ascoli and Genoa. He ended his loan spell at Genoa with 6 goals in his last 8 appearances.

This is his first serious outing for the Sassuolo side, which he joined from PSV in 2017. Scamacca also has three caps for Italy, most recently last March. A potential problem is that he signed a contract extension last month until 2026.

Venerato has his price tag at €40m which is very high but probably half of what Osimhen would command. With Newcastle desperate to add options up front, Scamacca could be one to watch this summer.

Draft Grade Whiparound: How did the Texans score?