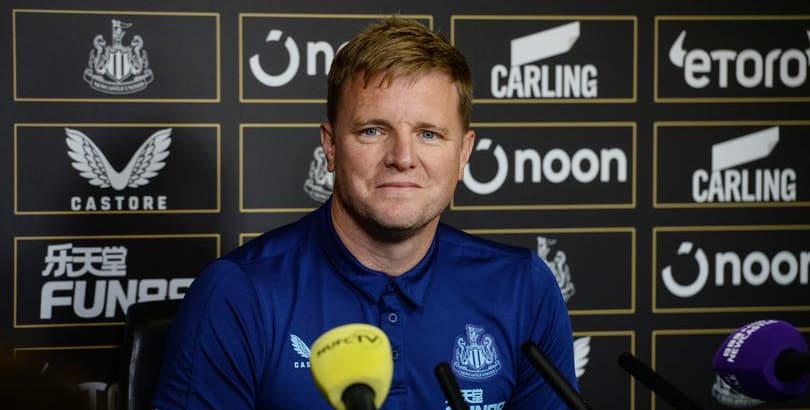 Eddie Howe gave his press conference for tomorrow’s game against Crystal Palace. The guys are heading home after three away matches. At issue is the fitness of team stars Callum Wilson, Bruno Guimaraes and Allan Saint-Maximin.

While Callum is still out, Guimaraes and Saint-Maximin are set to return. Here’s what Howe said on the club’s Twitter account:

“Bruno and Maxi are close. They weren’t serious injuries, but we’ll wait to see if they’re available for this weekend.

Bruno missed the last two while Allan sat out for the heartbreaking defeat at Liverpool on Wednesday. New signing Alexander Isak entered the team to make a memorable debut with a classy finish.

Howe has been very pleased with the 22-year-old, who was unveiled just a week ago. Howe gave the following update on Isak’s first week:

“The players have embraced him. He’s quite calm and he goes about his business professionally – he’s very focused.

“He asks questions about how we want to play and what is expected of him – he’s been excellent.

“I think it showed in his performance on Wednesday. He was a very good tactical understanding in a very short time, he delivered what we wanted him to do.

“He showed his ability and the second goal that wasn’t given away was incredible.”

Isak was our fourth and final signing of the summer window. The four additions have already had their impact on the club. Newcastle were able to move enough players that no one was left unchecked.

Here is Howe’s rating of the window:

“A very good window for us, I think. For my part, I had a clear vision of what I wanted it to be and it’s never perfect, but on the board of directors everyone gave their all to create the best possible team.

“I found the window very difficult this year – it was very long. I’m glad it’s closed and we can focus on football. I’m very happy with the team that is there.

Time for Rohaan in Haydock