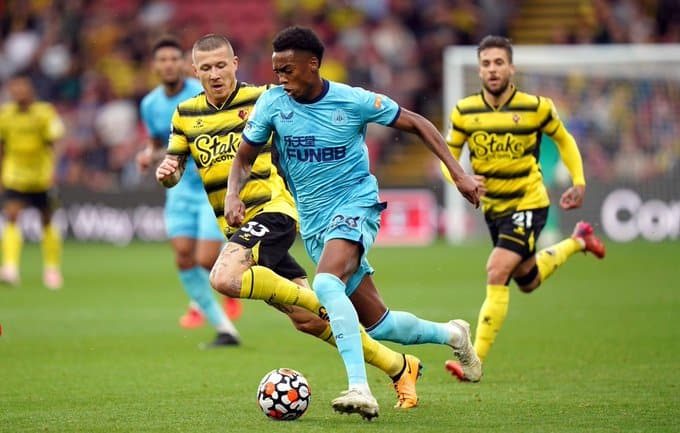 This is the team I predict Eddie Howe will name for Saturday’s game against Watford. He has four changes since the 1-0 loss to Cambridge in the FA Cup.

New boy Chris Wood comes straight into the team to lead the line. He is accompanied by Allan Saint-Maximin and Ryan Fraser, who keep their place, in a leading trio. Jacob Murphy gives way to Wood despite his good play last weekend.

Joelinton continues in his new midfield role. He is again accompanied by Jonjo Shelvey. Joe Willock returns to the starting XI after a disappointing appearance against Cambridge. Sean Longstaff is out after an ineffective performance last Saturday.

Kieran Trippier gets his second start after making his debut. Hopefully he can get some box deliveries that Wood can get in the end. He was excellent on the right on Saturday.

Jamaal Lascelles returns to the starting XI. The captain missed the FA Cup. Fabian Schar retains his place although Howe has limited options in central defense. The duo are probably his favorite couple until new recruits arrive.

Paul Dummett makes his season debut at left-back. He made the bench last weekend. The 30-year-old won’t provide what Matt Ritchie does in the future, but he is a massive defensive upgrade. Dummy hopes to impress with Jamal Lewis who is set to return.

I have Martin Dubravka in goal. Although I’m not sure it’s available. The only goalkeeper featured in recent training footage is Mark Gillespie. If Martin is in good shape, he will start with Karl Darlow apparently still absent.