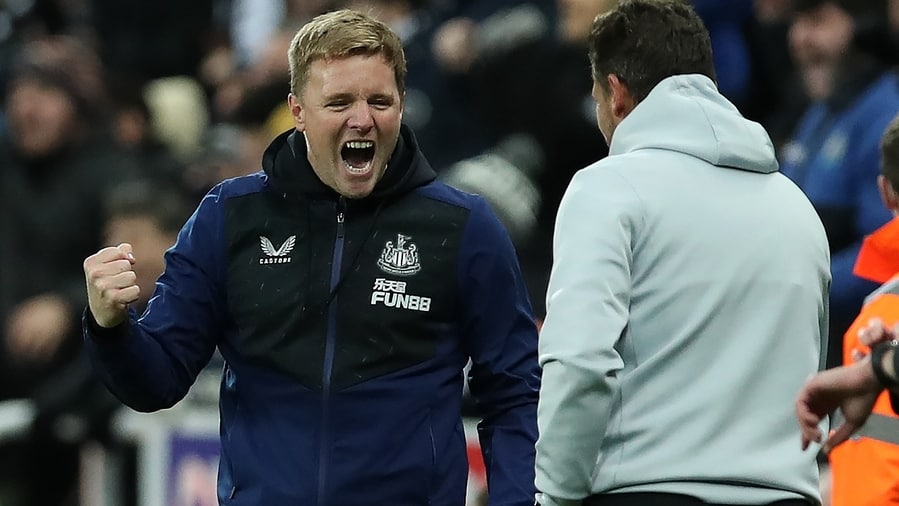 Newcastle and Eddie Howe have great difficulty bringing new players into the club, mainly because of our perilous position (second bottom) in the Premier League.

And Eddie Howe is also rightly selective about who he wants to be brought into the club.

Players have to want to come to the club, and Howe thinks those seeking relegation exit clauses might not be suitable.

But it must be difficult for the best international players, because it’s a World Cup year that happens once every four years.

And the best players realize that playing in the Championship will jeopardize their chances of being selected and possibly playing in their one and only World Cup of their career.

So Howe has to balance that when he brings in players this month.

Here are some of the characteristics Howe said in his press conference this morning – regarding the players he is trying to bring into the club:

“Positivity, leadership, winning mentality – you have to try to bring those types of characters into the group.”

“If you bring the opposite to that, the group dynamic can change in a negative way: they have to be the *right* new players.”

Howe is right in what he says, but has Kieran Trippier asked for an exit clause in his relegation contract case.

If we are relegated (God forbid) we may be able to loan players out for a season and bring them back when we return to the Premier League – hopefully within a season.

And we don’t expect Howe to want to bring Ousmane Dembélé players from Barcelona, ​​although we’ve probably been linked with the Frenchman.

His behavior at the Spanish club must put off the clubs.

He’s a gifted player, there’s no doubt about it, but he wants huge salaries, and he’s injured a lot and seems like a troublemaker.

Maybe Howe is too strict with the players he wants?

There’s a good talking point – what do you think?