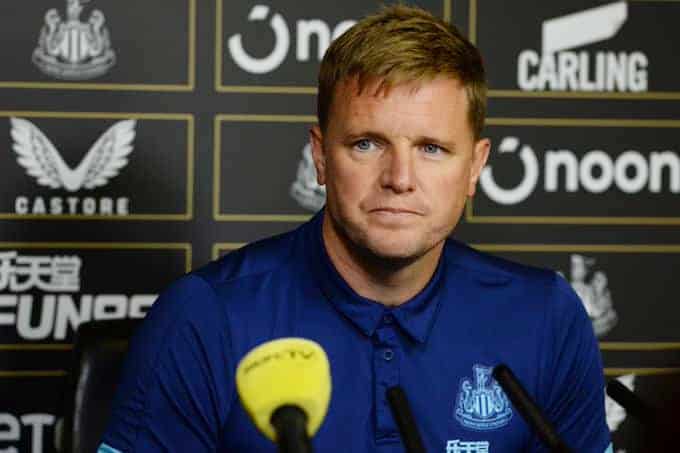 Eddie Howe gave his press conference ahead of tomorrow’s Carabao Cup tie at Tranmere. He provided an injury update with positive news on Callum Wilson and Matt Targett, but confirmed Dan Burn will miss the trip.

Here’s what Howe had to say about the record of Sunday’s draw against Manchester City and Burn’s situation.

“We have a few bumps and bruises. Dan Burn is out after being shot in the head, so he will miss the game.

“Physically we gave so much against Man City, so naturally there are a few tired bodies.”

The plan for tomorrow was likely to see the team heavily rotated against League Two Tranmere. He started with virtually the same team in the first three games, except for Sven Botman who came on when Matt Targett was injured.

Howe confirmed that Targett is close to being fit and was knocked out late Sunday. Here is Howe’s update on the left rear.

“Matt is fine. He was close against Man City but we didn’t want to take that risk when he hadn’t had a big day of training in 14 days.

“We thought it was probably too risky to get him started, but he’s about to be fit.”

The best news might be about Callum Wilson. The striker was taken out of Sunday’s game with a tight hamstring. While Callum will undergo analysis, Howe isn’t too worried as he provided the following:

“He’s okay. The normal process is that he’s gone for a CT scan and we’re awaiting those results. Hopefully it’s not too serious.”

Chris Wood will likely be given the green light tomorrow, but if Wilson is available for Wolves this weekend that would be great news. Callum started the season in excellent form with two outstanding goals.

Newcastle won’t have any new faces for tomorrow. Although work continues to strengthen the team, several avenues are being pursued. A move for Watford’s Joao Pedro is the most advanced after a week of negotiations.

“I think that’s not entirely accurate, but I don’t deal with these things minute by minute or day by day.

“I kind of hear in the background what’s going on, but I don’t think that’s correct.”

It’s going to be a busy week and a half with three games and a frantic one near the window. Hopefully we’ll make it through the cup, pick up some points and have two new faces at the door by next Thursday.