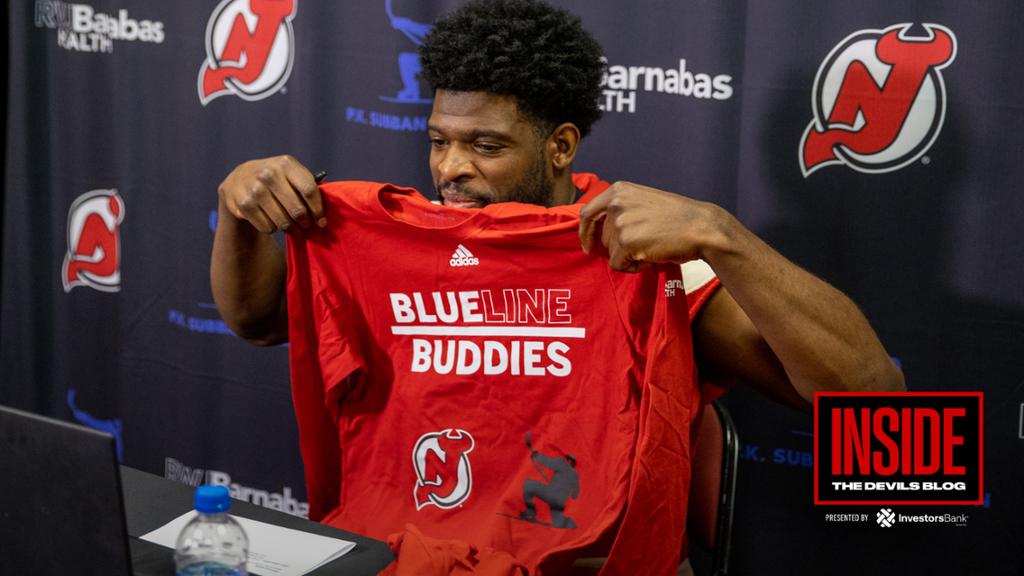 When PK Subban arriving in New Jersey, he not only brought his on-ice skills and sense of style to the team, but he brought his unparalleled philanthropic ways. Immersing himself in the communities he lived in to help make a positive impact has always been part of how Subban has chosen to distinguish himself as an athlete.

“It started out pretty organically actually,” he shared on a video conference call shortly after the announcement, “my family has a story and they still do it today to help children, (…) everyone in our family, works with children and knows how to give back. And that’s all I really know. So giving back or doing something to help someone is what I have witnessed all my life.

On Tuesday night, the Devils defenseman was recognized by the National Hockey League as the winner of the 2022 King Clancy Award, given to the player whose “leadership on and off the ice and who has made an outstanding humanitarian contribution to his community.”

“It’s really exciting,” he said, “you know, it’s always, it’s a privilege to really receive individual accolades in the NHL, with the number of great players there are. , and how good these players are at what they do and that includes the things they choose to do and to not only be among the finalists but also among the winners of the prize is pretty special .”

The 33-year-old, who played 10 years in the league before arriving in New Jersey, already had his PK Subban Foundation in place when he arrived at the Devils, but the community he walked in had a whole new opportunity ahead of him.

“Obviously going to New Jersey was going to be different,” he said during a videoconference Tuesday night, “I wanted to give back to a community where people are like me too, I think, being in Newark and driving to Newark every day and being in this community you understand that playing for the New Jersey Devils, you’re a leader, you’re a role model in this community and specifically for the African American community and I wanted to do something a little more specific.”

Tweet from @NJDevils: 👑🤌 Congratulations, @PKSubban1! Thank you for all you do in our Jersey community. pic.twitter.com/wjszVIBwDH

Subban acknowledged that his efforts in the Newark and surrounding communities would not have been possible without the unwavering support of the New Jersey Devils organization, in a relationship he called “truly supportive.” Together, the club and Subban’s foundation have worked together to highlight its specific programs, while also collaborating on team-specific opportunities like the design of the team’s warm-up jersey for the Month of the Year. black history, among others.

“The program has grown in ways I could never have imagined,” Subban said of his service to the Newark community. “So, you know, coming into New Jersey, I went there with an open mind and after three years I’m really excited. Really excited for the work that I’ve done and I’m happy with the program and the the way he was The team obviously welcomed him with open arms and I couldn’t be happier with this result.”

It’s a sentiment that’s mutual, with Subban named the Devils’ nominee in the past three seasons for the award, ending as runners-up in all three, and now finally a winner in 2022.

“They’ve been second to none. I can’t thank them enough. And really, top to bottom, from Josh Harris and David Blitzer, to the coaching staff […] It was really fun working with the Devils and working with their front office and a new team to participate in events but also joint initiatives that we do with my foundation.

“It was very, very easy and that’s probably why I’m so happy to receive this award, is that I feel that they or they Deserves that.”

Serenade of the Seas Live Blog