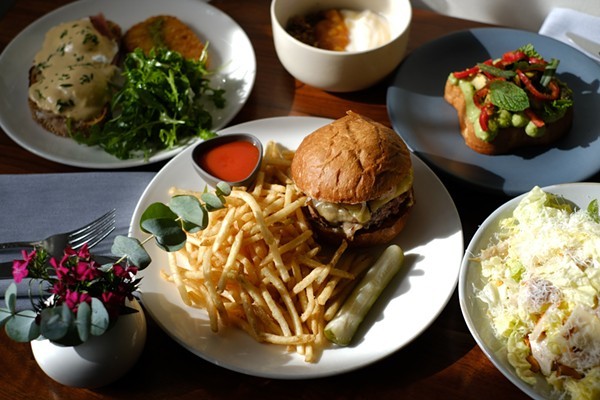 Temperatures may have cooled (at least temporarily), but Saint-Louis’ food scene heated up over the month of November with a few high-profile openings. Most notably, the month turned out to be a banner for chef and restaurateur Gerard Craft and his brand, Niche Food Group, with not one, but two exciting new concepts in the Central West End. Bowood by Niche, the daytime restaurant that replaces the Osage cafe inside the town of Bowood Farms, quickly proved to be one of the town’s most popular meal vouchers, as diners demanded a taste of Chef Dakota Williams’ excellent breakfast and lunch. Across the CWE, Craft quickly turned people’s tears about Taste’s closure into smiles with Brass Bar, a French-inspired cocktail bar that serves as a twin to the beloved Brasserie.

However, Craft wasn’t the only one having fun during the day. Silver Pancake House, the sweet breakfast and lunch restaurant that opened in former Wasabi in Warson Woods, opened to rave reviews from its neighbors this month, filling a void of dining options. brunch in an area where such a restaurant seems to be a given. Park Avenue Coffee added a dose of caffeine and gooey butter to the city center, and Beets & Bones, which finally opened their stand-alone storefront in Clayton this month, brought their squeezed juices and healthy dishes to the east side of the Missouri River.

Unfortunately, it’s been a bad month for tacos. Club Taco, Kirkwood’s taco spot that occupied one of the neighborhood’s most prominent corners, couldn’t hang on, nor did Hill’s Taco Circus, which despite the efforts of owner Christian Ethridge and its mad popularity, never seemed to be able to take a break. . Given the ongoing challenges the industry faces, even metrics of success such as popularity, location, and a loyal following are sometimes not enough.

Did we miss something? Leave a note in the comments.

We are always hungry for advice and feedback. Email the author at cheryl.baehr@riverfronttimes.com.