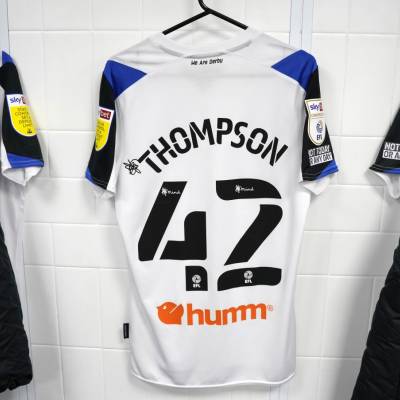 Manager Wayne Rooney made a forced change to his starting lineup in the 1-1 draw against Millwall ahead of the November international break.

The Rams host AFC Bournemouth in the Sky Bet Championship this afternoon (kick-off 12pm) at Pride Park Stadium, and enter the game with minus three points after it was announced earlier this week that ‘They had received a sports sanction of nine points, with three more points suspended, after admitting to breaking the rules of profitability and sustainability (P&S) of the League.

Defenseman Nathan Byrne, who was sent off for two bookable offenses against the Lions just over two weeks ago, has been replaced by Liam Thompson, who is making his Derby County league debut.

Among the substitutes, 16-year-old Omari Kellyman recently trained with the first team.

The Rams Under-16 forward, who joined the club at the age of seven, impressed the manager and his staff and was rewarded with a place on the bench.