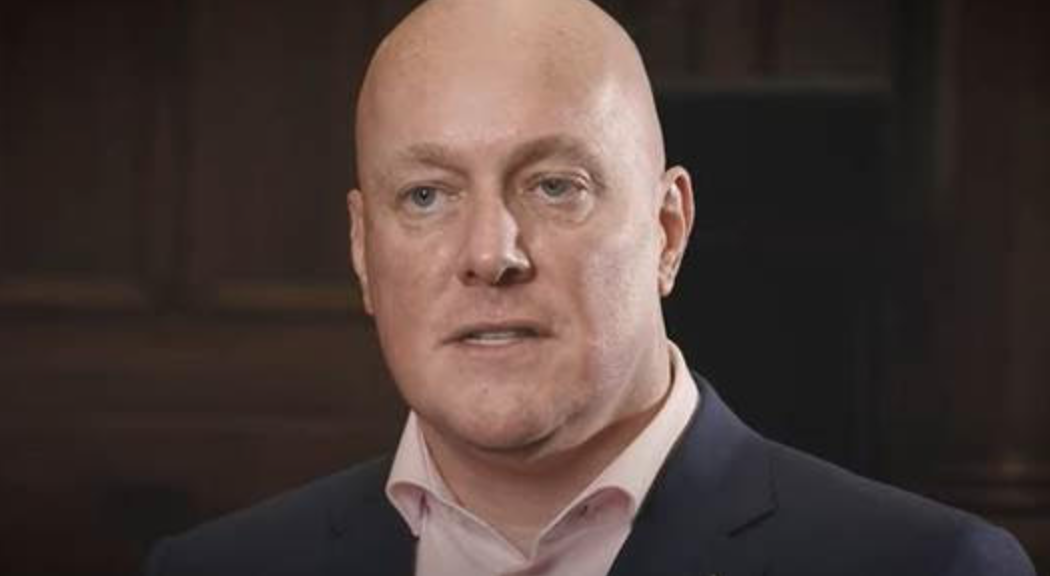 THE FIRST QUESTION: “Is the ‘upper room’ a church? Strictly speaking, the answer is “No”. It is certainly a place of evangelical Christian fellowship, but if by “church” you mean a dedicated place of worship, with a steeple, stained glass windows, wooden benches and a richly carved pulpit, then, no, the Upper House. is not a church. So Christopher Luxon didn’t lie to RNZ’s Suzie Fergusson on Wednesday morning (1/12/21) when he said he hadn’t been in a church for five years.

Where I come from, however, we would call Luxon’s answer “Jesuitical” – which means “to practice casuistry or equivocation; use subtle or overly subtle reasoning; cunning; smart; scheming. “Why? Well, think about Luxon’s response for a moment or two. Five years ago Luxon’s political career was just a glint in Prime Minister John Key’s eyes. He was still at the head of Air NZ, still earning over $ 4 million a year and, almost certainly, still a key Fellowship of the Upper Room participant.

Why not frankly admit that you belong to the Cenacle? What is it in this community that prompts Luxon and its advisors to do as little as possible? The answer lies in the information unearthed by the kind of journalists who know where to go to search the Internet for connections between evangelical Christian fraternities and ambitious right-wing politicians. What that research revealed was a decidedly Trumpian-sympathetic Upper House pastor whose political views appeared to align with those of the American Christian right. Unsurprisingly, Luxon went out of his way to put these “interesting” associations as far behind him as possible.

Indeed, his embarrassment is evident in the way he tries to dissuade reporters from scrutinizing his Christian beliefs. He said at his first press conference as leader of the opposition that his faith had been “distorted and portrayed in a very negative way.” This personal faith, he said, was something that “anchored me and put me in [a] context that is bigger than me. Anticipating the next question from the assembled reporters, he went on to clearly state his belief in the “separation of politics and faith”.

It is a rather particular formulation. Most people who had seriously thought about the question would have used the more familiar wording: separation of church and state. There are many solid historical and philosophical reasons for keeping spiritual and temporal powers in their place. Theocracies are not comfortable places to live.

Jesus himself famously responded to the dreadful challenges of power and godliness with his wonderfully (and typically) riddle: “Return therefore to Caesar the things that are Caesar’s; and to God those things which are God’s.

But to separate “faith” and “politics”? Well, that’s a very different question. Many would say that no Christian worth his salt would ever attempt to do such a thing. Did Jesus separate faith and politics when he flogged the money changers and overturned their tables? When he cried out, “The Scriptures say, ‘My Temple shall be called a house of prayer,’ but you have turned it into a den of thieves! Was the Galilean carpenter keeping politics low when he said to his followers: “[I]It is easier for a camel to go through the eye of a needle than for a rich person to enter the Kingdom of God! (One can only speculate how easy it is for the owner of Seven Houses to enter Heaven!)

What kind of Christian would try to persuade his brothers and sisters that the moral imperatives of their faith should not, in any case, be concretely expressed in the world of flesh and blood in which they inhabit? If the Almighty commands: “You shall not kill. So, isn’t it for a Christian lawmaker to make laws prohibiting murder and manslaughter? (What about abortion?) To suggest, as Luxon does, that faith and politics can – and should – be separated, admits only of two possible conclusions. Either he does not understand the obligations of a Christian. Or, it isn’t.

Then again, he may be the kind of Christian who gave us the word I used earlier, “Jesuit”.

The “Society of Jesus” – the Jesuits – was formed in 1540 to combat the “error” of Protestantism at a time when the Catholic Church and the followers of Martin Luther and his theological reformers were locked in a deadly battle for l soul of Christendom. In the bitter religious and military conflicts resulting from the Catholic “Counter-Reformation,” the Jesuit Order became the equivalent of the Pope’s Navy SEALs – an elite ideological force in the defense of the only true faith. As is the case with so many elite units, the purposes of Jesuit spiritual warfare missions were deemed important enough to warrant all kinds of means.

The first see the walking orders of God in the Sermon of Jesus on the Mount: and in the preferential option of God for the poor. They believe that God exercises His authority through those He chooses to rule a lost and sinful world. Above all, they don’t have to be good men. The murderer and adulterer, King David, was he a good man? God loved him, however. All that matters is that such men rise to positions from which the will of God can be manifested. The American Christian right immediately understood that Donald Trump was not a good man. But, they believed with all their heart that he was the man of God.

Which of these two groups does Christopher Luxon belong to?

As the Taxpayers Union was quick to point out, a man who took a $ 4 million pay cut to get into Parliament was clearly not doing it for the money! Interviewed on camera by Stuff, just hours after becoming the new leader of the National Party, Luxon traces his interest in politics back to a biography of Winston Churchill – a man who from an early age was convinced that God had a special purpose for him. The biographies of “great men” shaped Luxon’s understanding of business and politics. If the Taxpayers Union is right and he’s not in Parliament for the money, then why is he here? For power?

Luxon insists its goal is to bring National back to moderation. If that’s true, then we have to wish him luck. But I can’t help but recall her difficulty in answering Suzie Fergusson’s questions about her faith. To be an evangelical Christian is to be a proud publisher of the “good news” of Christ to “all nations”. No Christian politician should ever remain silent when challenged to declare his mission. Jesus’ “agenda” has not changed for 2000 years:

Student Blog: My Famous Cause

Blog: How Your Church Can Fundraise for a New Social Cause Campaign (1/21)