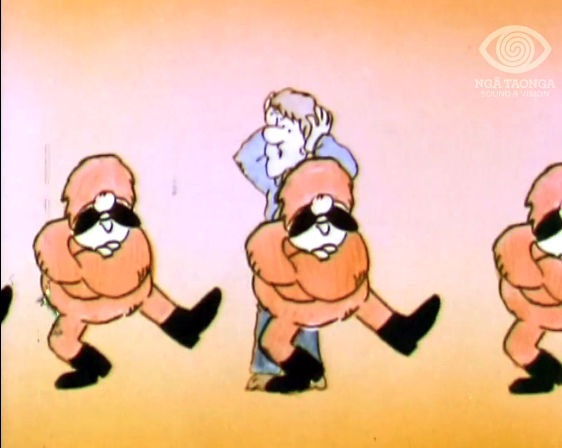 AT THIS TIME, last week, I had fun writing a parody of “Onward Christian Soldiers” for Christopher Luxon. My take on the refrain of the old hymn had “the soldiers of Luxon” marching towards “class war”. Some readers thought it was an inflammatory characterization. Class warfare was such the twentieth century, they insisted. Apparently my Paleo-Socialist leaflet showed.

Well, maybe not. Today we learn that Business New Zealand has refused to partner with the state and the New Zealand Council of Trade Unions (CTU) to roll out the long-awaited and well-mandated fair compensation agreements.

This move can only be interpreted as a deliberate attempt by New Zealand employers to sabotage the tripartite structure of the FPA model. What the bosses are actually saying is, “We don’t have any of that. We will not participate in the creation of a minimum set of terms and conditions of employment in New Zealand industries. If you want equitable compensation agreements then you will have to impose them on the employer class without their consent. “

I don’t know about you, but it really sounds like a declaration of class war to me.

How did the “Luxon soldiers” react to Business New Zealand’s decision. Well, Luxon spokesperson for workplace relations and safety, the dusty neoliberal Paul Goldsmith, isn’t really giving ‘unlimited joy’, but, in a media statement released earlier in the day, he certainly comes across as a Happy Chappy.

“The government should abandon its policy of equitable compensation agreement following Business New Zealand’s refusal to be the government’s preferred partner,” Goldsmith said. “The agreements would take away the flexibility and autonomy that modern workplaces need to develop and prosper.”

Oh my God, it’s been a long time since we’ve heard that kind of language. This takes me back thirty years to 1991, when the law on employment contracts came into force.

Goldsmith would have been 20 years old in 1991. For one of his ideological inclinations, the ECA must have been the cornerstone of the neoliberal revolution unleashed by Roger Douglas and Ruth Richardson. This crowning, the only great “reform” that Labor did not dare to undertake, would have seemed to the young goldsmith absolutely sacrosanct. The actual destruction of the trade union movement throughout the private sector was the critical “reform” that made all the other “reforms” work. Faced with a united and confident working class, neoliberalism cannot succeed.

“Business New Zealand’s withdrawal exposes the fact that the industry’s national rewards should be imposed by force – depriving workers and businesses of the right to regulate wages and terms themselves.”

As if the ECA involved nothing at all in terms of taxation. As if the law had not, with a ruthless stroke of the legislature’s pen, wiped out the rights for which New Zealand workers had fought and won, and which had remained entrenched in the laws of the land for nearly a decade. ‘a century. As if the people controlled the means of production, distribution and exchange; and those who have nothing to sell other than their labor – the economic and social equals they so clearly are! – both claimed the right to reach mutually beneficial agreements without the annoying intervention of a trade union. As if the 500,000 New Zealanders who marched, rallied and struck the ECA in March-April 1991 had only done this for a lark – for they had nothing better to do.

“Flexible labor markets have been a critical part of New Zealand’s progress over the past 30 years,” Goldsmith continued. “They have enabled consistent economic growth and job creation, which is the only sustainable way to raise living standards in the long term. “

Um, no Paul, that’s not what flexible labor markets have brought to New Zealand. The ECA was nothing more or less than an open invitation to New Zealand employers to reap the benefits of the sweat of their workers: making them work harder, and longer, for less.

In sophisticated capitalist countries, the state understands the value of an organized labor movement powerful enough to keep workers’ wages high. It is a powerful adjunct to the process of “creative destruction” which allows capitalism to rejuvenate itself. High wages encourage employers to replace workers with more efficient machines or work practices, thereby increasing productivity – and profits – while building an increasingly skilled workforce. Winning – Winning.

The ECA’s “flexible labor markets” – that is, the destruction of unions – excused New Zealand’s capitalist class from doing business better and smarter. He condemned the New Zealand economy to appallingly low and seemingly unimproveable levels of productivity. It made us a low-wage country and sent our best and brightest across Tasman to Australia – where the equivalent of FPAs had kept wages high and boosted the productivity of Australian industry.

Although dust-dry neoliberals like Goldsmith have too many ideologically blinders to see, the ECA – far from “a staple of New Zealand’s progress over the past 30 years” has fundamentally weakened its economy and society. He pushed our best and brightest overseas, depriving the taxpayers who had done so much to train these highly skilled workers of any hope of ever seeing a return on their investment.

So there is a considerable irony in Goldsmith’s claim that:

“We should focus relentlessly on improving our productivity and increasing income. “

If he were serious about either of these goals, Goldsmith would blame Business New Zealand for undermining what is very clearly the best hope of improving this country’s appalling productivity, while also improving significantly the wages of its workforce. Instead, “the soldier from Luxon” offers us this:

“Unions now represent only 16 percent of the private sector workforce – this is about strengthening the role of unions. “

He didn’t even understand the fact that union density in New Zealand’s private sector workforce has long fallen below 10 percent. In this brutal statistic is not only the tragic story of the cold-blooded elimination of unionism by the National Party as a mass movement wielding significant political power on behalf of the New Zealand working class; but also the shameful failure of the CTU either to fight for this class while it still held the power to bring the state to the negotiating table, or to do what is necessary to rebuild mass unionism when the political climate changed. (The reasons for the CTU failure should be left for a future posting.)

What Goldsmith does not need tutoring, however, are the core elements of class conflict – which have found their clearest expression in the “flexible labor markets” made possible by employment contract law:

“Fair compensation agreements will take us back to failed policies of the past and should be scrapped,” Goldsmith says.

With Business New Zealand rallying its forces alongside the National Party and Act, it’s pretty clear that the employers and their political lackeys have already declared class hostilities open.

The real question now, of course, is whether Labor and CTU have the courage to declare class war on them.