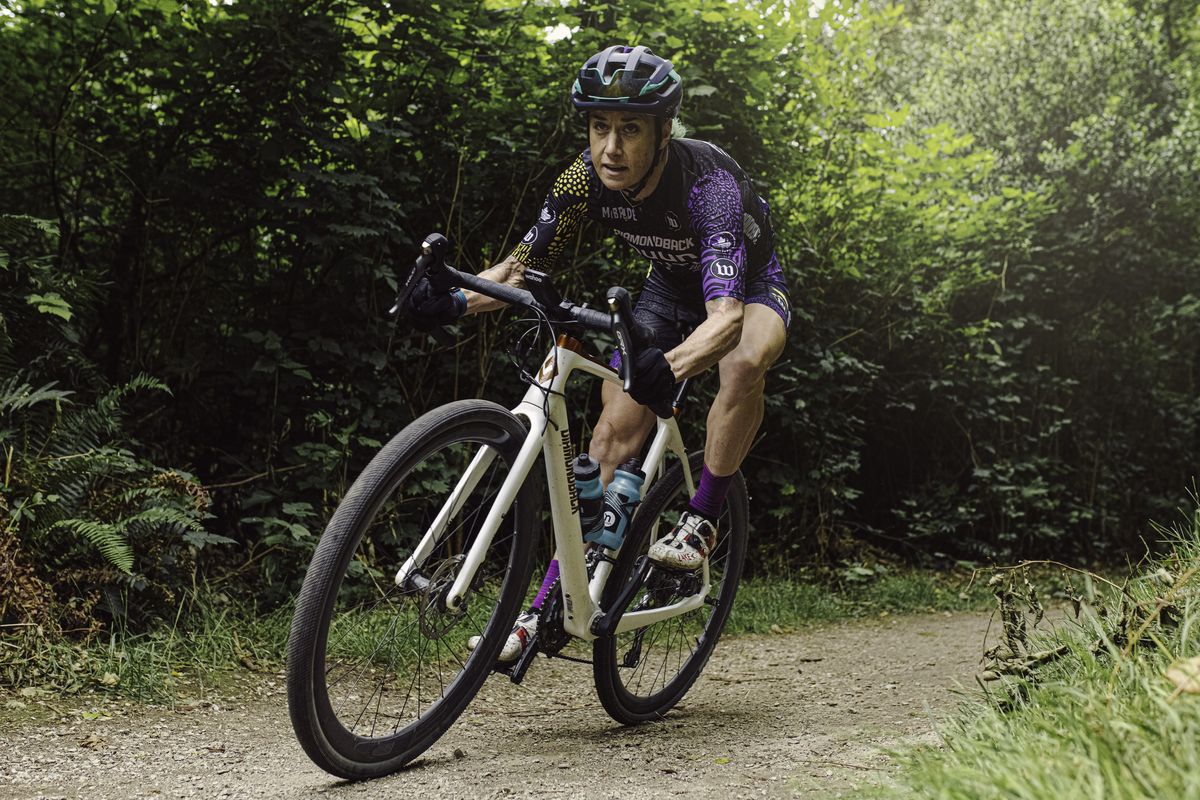 Rach McBride Blog: Competing in a non-binary category is a “deep experience”

Rach McBride is a professional triathlete who will turn to dirt in 2022 to compete in the Life Time Grand Prix gravel series, which claims $250,000, split equally between men and women. McBride is listed in the women’s category but identifies as non-binary and will blog about her experience on the show for Cyclingnews.

I have been a full-time professional triathlete for over a decade in the women’s category. Throughout my athletic career (and in so many other aspects of life), I have always felt left out. When announcers called out all the “ladies” on the starting line, or I had to check the “F” box on entry forms, it just didn’t feel like me. It all fell into place when I realized that I was actually gender non-binary. It made me see the “why” behind the weirdness I had felt in sports.

In triathlon, the inclusion of non-binary categories is almost non-existent, and there certainly isn’t much of an elite field yet. I am grateful that many races are stepping up to create a more inclusive space and have worked with some local race organizers to begin offering a third category. Lifetime events first appeared on my radar when I learned that they were creating a non-binary race category in ALL of their events starting in 2020.

Then on my Instagram feed last year, I saw Abi Robins on the podium with one of the same trophies the male and female winners won, after winning the Unbound non-binary race. Abi was alone on this podium. I decided then that I needed to stop postponing my Unbound entry. I wanted to be up there on that podium with Abi and hopefully more non-binary riders who needed to start showing up (and they are!).

When Life Time approached me to apply for their first Life Time Grand Prix, there was “ADVENTURE!” and the opportunity written everywhere. I was excited for a groundbreaking race series in response to the gravel explosion and the emergence of professional gravel racers. Although the series currently only has a women’s and men’s category, I am grateful to be able to continue to compete in each individual race as a non-binary athlete, with my results being included in the women’s category of the series. I hope that continuing to show up at these races will help encourage other non-binary athletes to come run with me, just as Abi inspired me.

This triathlete is not new to the gravel world, however. Although I am a multi-sport athlete at heart and have been full-time since 2011, I have been riding gravel in the Pacific Northwest for years. I fell in love with off-road riding over a decade ago in the beautiful town of Lillooet, BC, where my cycling friends went to train several times a year. This was before gravel bikes were a thing. We would run 28mm tires on our road bikes to handle remote gravel roads. Eventually I stopped tormenting my road bike, switched to a rim brake CX bike, and then finally a true gravel rig when Diamondback Bikes came out with their first Haanjo series.

Over the years I’ve sprinkled in gravel runs where it suited my triathlon season. It was difficult due to the harshness and imposition of the racing gravel. But that’s also what I loved. Classes were brutal. I remember crossing the finish line with a victory at Walla Walla Grit, after more than 7 hours of hard riding on technical terrain and bursting into tears. I was so shaken by the difficulty of it all. This type of racing was still in its infancy and very popular. The free beer and meal after the race was a welcome treat to celebrate every finisher. There may not have been any prize money, but I felt like I left each race enriched with a sense of community and good vibes.

Last year when my sponsor HED Wheels mentioned they were supporting Life Time Big Sugar Gravel, I jumped at the chance to change things up a bit. I was at the end of a disappointing triathlon season. Something was mysteriously, horribly wrong with my body when I hit the 6-7 hour mark of these 9+ hour runs – extreme fatigue, slurred speech, wobbling all the way through the marathon. I was frustrated to stumble across the finish line with poor results.

Big Sugar was also a tough performance. I lost the front of the race halfway through when I dropped my chain and then snagged a few flats on the notoriously sharp Arkansas rocks. I still got a non-binary victory (redemption!) and was able to get on that podium with Abi. Competing for the first time in a category totally aligned with my gender identity was quite a profound experience. I felt seen, validated and celebrated with all the other runners.

Then when I was accepted into the Life Time Grand Prix, it hit me. I had just signed up for a season of mostly bike racing, including some pretty high profile mountain bike events that I had never even dreamed of participating in. How many times had I ridden a mountain bike? Well, once… 10 years ago. And who was I going to compete against in this series? People who had literally been to the Olympics in sports. Was this triathlete in over his head? ! Yeah.

When I finally got my Diamondback mountain bikes in my hands, with all the shocks and dropper bits and so many other things to adjust, it admittedly felt like rocket science. Do not mistake yourself. I thrive on challenges. I love testing my limits to race against the best of the best. I have the engine; it’s the technical skills where I’m far behind. The learning curve was steep. I hiked the technical redonk trails of Vancouver’s North Shore with the help of my jack-of-all-trades training partner and best pal. Turns out I’m not too shabby (for a trigeek!) to point a bike downhill and review things I never imagined I could do.

Unfortunately, on my second ride, I learned the value of knee pads after hitting my knee pretty hard on the frame of my Diamondback Release, bruising my kneecap. The healing process was delicate, limited to both cycling and running, taking two steps forward, one step back. I crossed my fingers and toes until the last minute in the hope that there was even a possibility of hitting the starting line of the Sea Otter Fuego 80 series opener.

My body is finally getting back up and rolling, but it’s a shame to say that I won’t actually be able to join the star formation this weekend in Monterey. The Ironman World Championships (2.4-mile swim, 112-mile bike and 26-mile marathon) are fast approaching in four weeks. I had to prioritize keeping my body in the healing process so early in the season, so that I could finally compete in the World Championships that I had been waiting for over two years, let alone the rest of the amazing Life Time Grand Prix!

You can always find me in Monterey. I wouldn’t want to miss my first Sea Otter experience, even if it means cheering on the action from the sidelines.