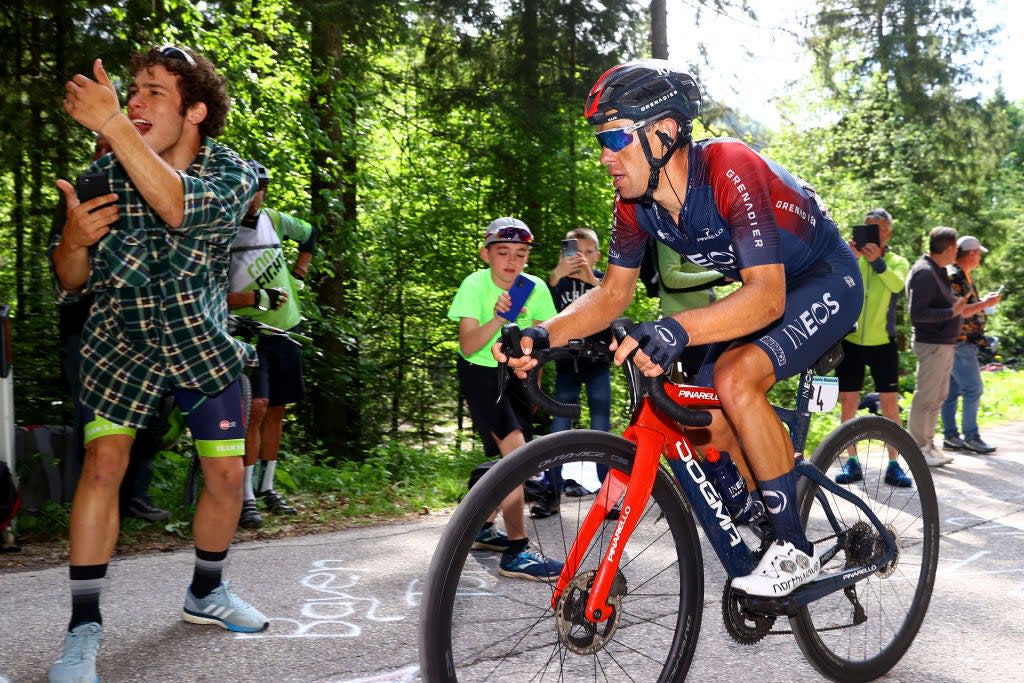 I knew the morning of stage 19 at Tour of Italy that finishing the stage was probably going to be beyond possibility. Even when Bora-Hansgrohe was up front and just controlling the pace rather than doing something crazy, I knew the game was over. I struggled to hold the wheel almost from the start of the stage, and to be honest, there was no hope. With gastro, it does not matter the quality of your form; if you get hit with it, it destroys your body for 24 hours.

It’s totally different from something like an accident, where you can suffer through the pain because you still have your form and your strength, but with a bug, you can push the pedals all you want but it doesn’t nothing. It’s not a nice place.

Unfortunately, I couldn’t go home right away. I stayed until the next night and was left alone at the hotel. It was a disappointing end to my big tour, and my last one too, but there was nothing I could have done.

I watched the final road stage on TV and at the end of the day you have to hand it over to Jai Hindley. For three weeks he was the strongest rider and there was nothing he couldn’t handle. We did our best, but the strongest guy normally wins a race of this length. We knew he was strong, and there’s no denying that as the race went on the team knew Hindley was the one we were going to fight with. The way Jai rode was really impressive. I read that Ineos was “shocked”, but I don’t know. We expected it to be good, but maybe we didn’t realize it was going to be this good.

It’s also nice to see Jai getting a lot of credit back home in Australia. I’m also an Aussie, and although I’m also an Ineos rider, it’s good to see cycling in the sports pages instead of Aussie rules for football, rugby and other sports. It’s a good thing for Australian cycling.

I know it didn’t end the way I wanted but I still enjoyed the Giro. The team felt good and there was little stress in our camp. If this is how my great journey ends, then this is it. I also know that Ineos is a team that is building for the future. We have so many young guys and watching them grow has been great to see from inside the team.

Just look at a guy like Ben Tulett, who did a great Giro. He, and riders like him, are the future of this team. I’m obviously disgusted with the way the Giro ended, but I’ll have lots of good memories from the whole experience.

I don’t know what’s next on my schedule, but now that I’m home, I plan to relax for a few days. I’m still not 100% and looking forward to spending time with the family since I left for Hungary. After the break, the team and I will look to the second half of the season and set goals. For now though, it’s time to sit back and relax. I hope you enjoyed the Giro blogs and thank you for joining me on my last big lap.

For exclusive access to all of our fitness, gear, adventure and travel stories, plus discounts on travel, events and gear, sign up at Outside+ today.