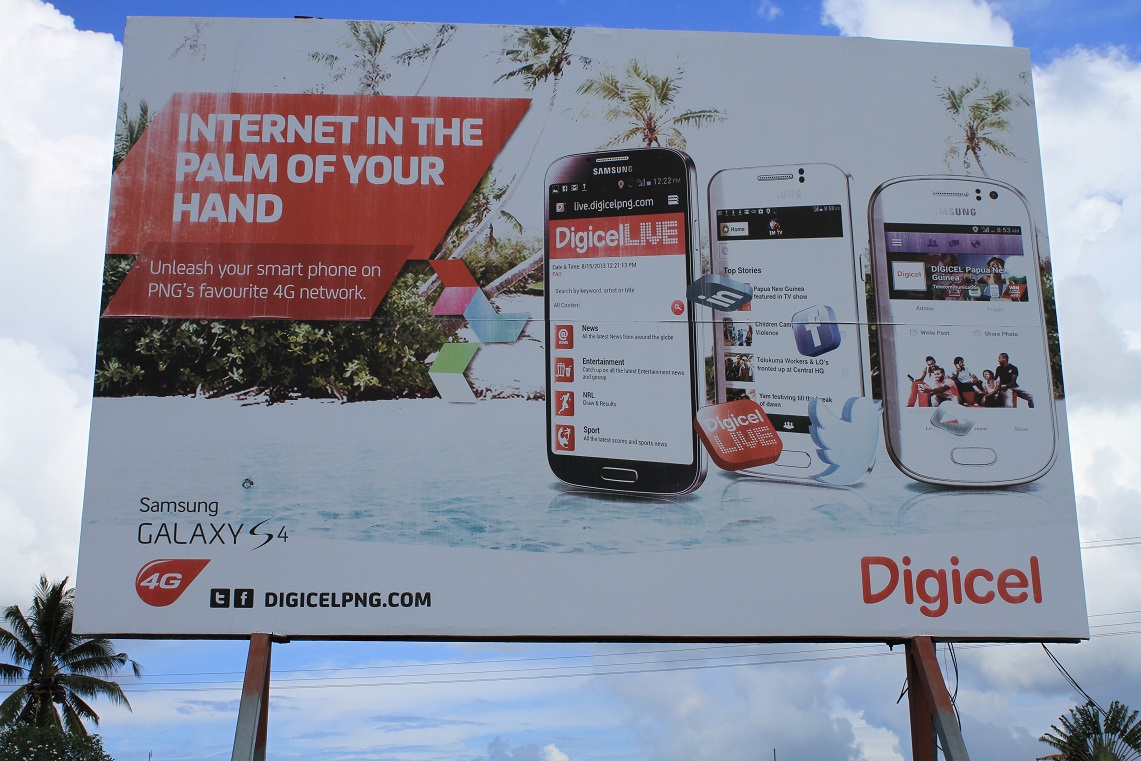 No drop in mobile internet prices in PNG

There is a lot of news in the telecommunications sector in Papua New Guinea (PNG), with an impending purchase of Digicel, possible entry of a new company, Telikom PNG outages and more. But there is still no reduction in the price of mobile internet.

We started our price watch research right after the official launch of the Coral Sea cable and during the laying of the last sections of the Kumul cable. Considering all the statements, promises and predictions made at the time, we planned to create charts with falling trend lines and expected hard analytical work. But the job was too simple.

We check the data prices offered via smartphone menus every Monday and each time there is no change. Since our last update in March 2021 and until the end of March 2022, there have been no price increases or decreases. We focus on mobile internet data pricing as PNG fixed broadband connectivity is late other Pacific countries and other regions of the world. The offers have remained consistent since the beginning of 2020: you can see all our updates.

You may be wondering if this regularity is because the market price is appropriate. However, PNG ranks very poorly on affordability compared to other countries.

You could be forgiven for thinking that our research is uninteresting. We cannot produce graphs as they would simply show horizontal lines indicating constant internet data costs over time. You might want to forgive the politicians and others who predicted price drops when the Coral Sea Cable launched two years ago. But such predictions are still being made. The head of the country’s Internet wholesaler DataCo, Paul Komboi, predicted a 50% drop in retail prices by the end of 2022 when speaking in September last year. We will continue to monitor prices to determine if such a prediction comes true.

It should be noted, however, that Mr. Komboi is not in a position to influence retail prices. He’s leading DataCowhich sets wholesale internet prices, based on guidelines stipulated by the regulator NICTA. So even if Mr. Komboi is quoted as saying that retail prices will go down, he cannot give such a guarantee. DataCo sells Internet bandwidth to mobile carriers and Internet service providers at wholesale prices, and then these companies sell Internet to consumers at retail prices. The lack of retail price movement may be due to the lack of competition in the mobile retail market in PNG, with Digicel holding over 90% market share.

Meanwhile, other developments in PNG’s telecommunications sector are worth reporting.

Australian telecommunications company Telstra will purchase The Pacific arm of Digicel. That is, Digicel’s operations in six Pacific countries: PNG, Fiji, Nauru, Samoa, Tonga and Vanuatu. But he won’t do it alone. The Australian government will provide substantial assistance. In fact, Australia will disburse most of the funds, although Telstra will eventually own all of Digicel’s operations in the Pacific. The deal received mixed responses: from the comments welcoming the decision requests its annulment. The Independent Consumer and Competition Commission (ICCC) in PNG has given the green light for Telstra’s purchase of Digicel’s PNG operations and clearance has also been granted by the regulator.

One of the main drivers of this agreement is the substantial burden debt owned by the parent company, Digicel Group. Despite having a lot of market share and being profitable in PNG and other Pacific countries, the whole society held a great debt burden and this led to its receptivity to selling off some of its operations. It remains to be seen whether this trade deal will result in tangible improvements to Digicel’s service in PNG and other Pacific countries where it operates.

Meanwhile, the PNG parliament recently past a tax – a variant of the one originally planned in the November budget – which will apply to companies with more than 40% market share in the banking and telecommunications sectors. The tax will apply to BSP and Digicel. BSP will have to pay K190 million per year, with the first payment due on September 30, 2022. Digicel tax is a one-off K350 million, due just one week after the adoption of the bill by parliament. The company did not pay on time and its managers would have flown out of the country for fear of possible jail time for non-compliance.

Amalgamated Telecom Holdings (ATH), a public company listed on the South Pacific Stock Exchange in Fiji, has received funding from the Asian Development Bank to set up a new mobile phone network in PNG. When it was supposed to begin offering services last year, operating as Vodafone or Digitec, he has not done so yet. The PNG offering would complement its mobile networks in American Samoa, Cook Islands, Fiji, Kiribati, Samoa and Vanuatu.

In September 2021, there were Telikom PNG outages in several parts of the country. PNG customers have reported internet outages and the inability to make voice calls. At the time, the telecommunications company admitted that voice calls had been interrupted for more than half a day in the capital Port Moresby. Earlier this year, a main power cable was beaten down by disgruntled villagers in Chimbu province, causing power and internet blackouts across much of the highland region.

At the same time, the merger of Telikom PNG and bmobile continues. Although earlier planned completion dates have pastthe merger is would have close to completion. The two companies continue to sell their products separately, although Telikom “Rait Kads” can now be used to add credit to bmobile devices and bmobile “Top Kads” work on Telikom devices. The ICCC approved the merger in 2018. In addition, the government is considering the partial privatization of Telikom PNG, announcing potential interest from two large pension funds.

Although there are many happenings in the telecom industry in PNG, the main thing consumers want is reliable and affordable services. Over the past two years, despite assurances that internet prices would drop, smartphone users have seen no real change in mobile internet data prices. We will be interested to know if the developments discussed here – the sale of Digicel, the entry of ATH and the Telikom PNG/bmobile merger – have an impact on prices.

This research was supported by the Pacific Research Program, with funding from the Department of Foreign Affairs and Trade. The views represent those of the authors only.