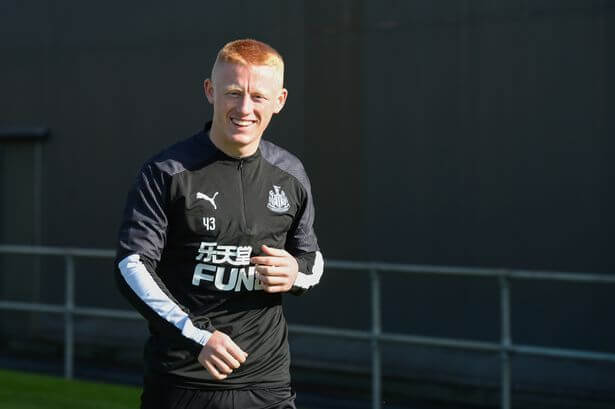 Newcastle United have confirmed the return of Matty Longstaff and Rodrigo Vilca from their loan spells. Longstaff has been recalled from Aberdeen while Vilca’s midseason loan to Doncaster is now over.

? Matty Longstaff and Rodrigo Vilca officially returned to the club today after loan spells with Aberdeen and Doncaster Rovers respectively.

Eddie Howe will take a look at the pair during the first team training over the next few weeks. Both are returning from injuries that limited their availability last month.

The likely result is that new loan moves are found for the duo. Vilca started to show progress before a hamstring injury stopped him in November. At 22, he needs to have some England first team football under his belt.

Longstaff signed a one-year extension before heading to Aberdeen. The movement quickly turned south. After starting his first two matches, he only made three appearances before being recalled.

The 21-year-old hasn’t played much football since scoring the game winner against Manchester United in October 2019. Newcastle need to find a suitable loan for the second half of this season.