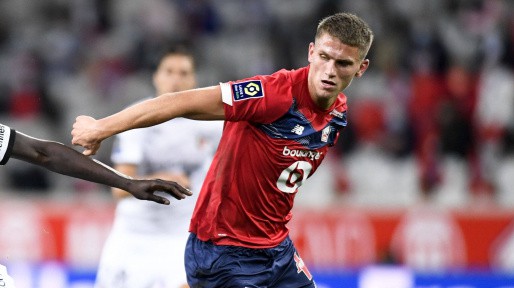 Kieran Trippier has been confirmed to be eligible to make his debut against Cambridge tomorrow. Newcastle have also posted some photos of the right-back from today’s training session.

With Kieran on board, Newcastle are trying to add a few center-backs. There are a few updates tonight on the pursuit of Sven Botman from Lille.

Earlier today, Luke Edwards of the Telegraph reported that Botman was actively pushing for a move after Newcastle made a second attempt to bring him in. The player also “liked” some social media posts regarding the proposed move as well as our signing of Trippier.

Italian journalist Rudi Galetti also reports that Newcastle’s second bid is around £ 35million. He claims Newcastle have agreed personal terms with the 21-year-old for around £ 65,000 / week.

?? #Newcastle keep pushing for Sven #Botman with a new offer of 40 M €, however #Lille want to keep it and might ask for more money.

? The ?? the central defender already has an agreement with #NUFC of around € 4 million / year. ??#Transfers #Calciomercato

We’ll see if Lille accept Newcastle’s latest offer, it will become very obvious that Botman wants the move to happen. They still want to keep him but that was also the case with Trippier at Atletico Madrid.

Diego Simeone revealed on Wednesday that Trippier is the ultimate professional to leave Madrid. Simeone also seems disheartened to see his right-back leave. Here is some of what he said as posted in The mail:

“I always look at the positive things, I’m grateful to Trippier for all the time he spent with us.

“The club gave him 48 hours to resolve the situation.

“It’s time to look to the future and look for alternatives to make things work.

“The club knows what we want, what we are looking for and what we need, we always agree.

“We will go as far as we can, if that cannot be resolved with what we have here.”

Newcastle want to bring strong characters and Trippier is definitely that. He will instantly become one of Newcastle’s leaders on the pitch. Botman, when he was only 21, also possesses leadership qualities.

However, the Dutchman’s situation is markedly different from that of Trippier, who had family and football reasons to return to the Premier League.

Botman is at the start of a very promising career. Hopefully the next stop will be at Newcastle United.