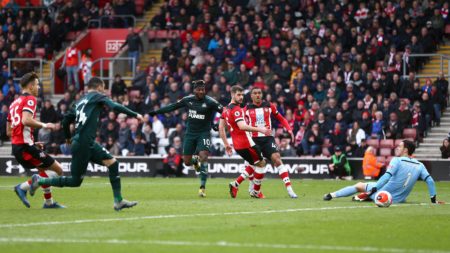 Newcastle United Blog | How will Newcastle do at Southampton on Sunday?

So far, Newcastle have not asked the Premier League to postpone Sunday’s game at Southampton. However, Craig Hope with The Mail reports that there have been other positive cases of Covid in Newcastle’s ranks this week.

We should hear more from Eddie Howe at his media briefing early tomorrow afternoon. News from Howe’s side should be particularly illuminating with the wave of injuries since Monday’s draw against Manchester United.

Newcastle are only two points from safety, although we have played two more games than Watford, 17th. Burnley, who sits in 18th place, has four games in hand as he faces the Red Devils tonight.

Sunday kicks off an absolutely crucial month of meetings. After Southampton we face Watford at home in two weeks and then a huge trip to struggling Leeds, currently just five points clear.

Southampton have been on a good run since early December, losing just one of their six games. It was at Arsenal. They won a victory at West Ham and drew in the other four matches, including those against Leicester and Tottenham.

The timing of Newcastle’s injury crisis couldn’t have been worse. Howe will have to scramble to field a competitive team at St. Marys. If the match continues, he will be deprived of Callum Wilson and potentially Allan Saint-Maximin, as well as many other Magpies.

It could be advantageous for Newcastle to postpone this game like Everton’s. Not only should we have a healthier team, but we will hopefully have new recruits. Also, it would align us more on fixtures with some of the clubs around us.