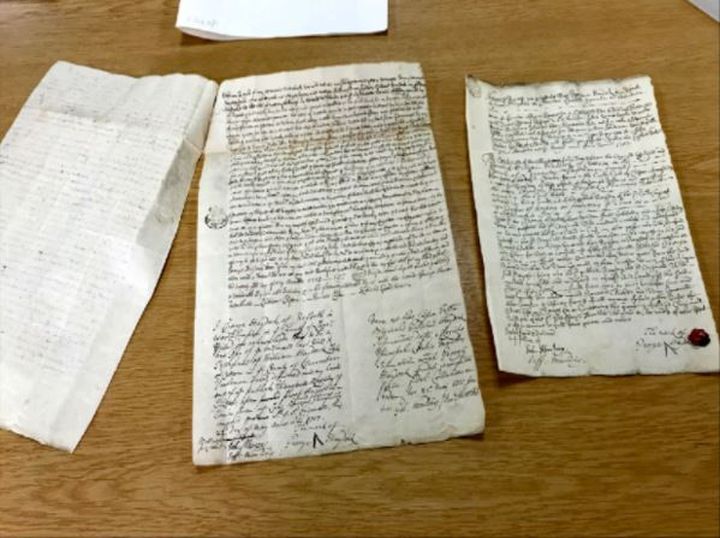 A local history buff has covered Cottam Hall and the Haydock family in two new documentaries.

He then spent the first half of 2021 researching the site and gathered enough information to produce two films about Cottam Hall and the famous Lancashire Catholic family, the Haydocks.

Gary discovered the last will of William Haydock, Cottam’s last squire, who died in 1717.

Cottam is now a modern residential suburb north of Preston, but its history is linked to Cottam Hall and the Haydock family.

At the end of the 13th century, the Cottam lands became the possession of Henry of Haydock, whose descendants lived in the Cottam moat hall until the 18th century.

Read more: Slave life in Preston and the North West in the 18th and 19th centuries

The old hall was located in the present-day Cottam Hall farmhouse at the rear of The Ancient Oak pub and was not demolished until the late 1850s when the new farmhouse was built on the same land.

The ancient oak tree is still nearby, though somewhat forgotten, and features in stories of anti-Catholic attacks on the Haydocks during years of Catholic persecution.

In the films Gary tells the story of Cottam and that influential Catholic family which, after the days of Henry Vlll, became one of the many persecuted and resistant Catholic families in Lancashire when it was illegal to follow the Catholic faith.

As a result, two Haydock sons were publicly executed, one William Haydock at Whalley Abbey in 1537 and George Haydock at Tyburn in London in 1584. The present Cottam Chapel, completed in 1793, is dedicated to “St Andrew and Blessed George Haydock ”and his story is closely linked to the story of Cottam Hall.

The Chapel makes a third, shorter film in its own right.

The first mention of a chapel at Cottam Hall dates back to the first half of the 14th century. Over the generations, the sons of the Haydock family traveled to Rome and France to train for the priesthood. The Haydocks were regularly listed in the Guild Rolls of Preston starting with the existing leading role of 1397.

In 1985 and 2003, two archaeological studies were published at the Cottam Hall site at a time of rapid development and construction in Cottam. A 1985 University of Liverpool study, led by historian Dorothy O’Hanlon, included reconstructive drawings of Old Cottam Hall that might have looked like it.

The studies provide insight into the history of medieval agriculture and land use in Cottam, including ridge and furrow earthworks, ditches, fish ponds, and the discovery of musket balls and clay pipes by the residents of the farm. These may suggest the site of a civil war or a Jacobite skirmish.

William Haydock’s younger brother Gilbert was a priest in Cottam at the time and was reportedly found hidden in the large oak tree of what was later called The Catch Field. It is the century-old oak tree that still stands nearby today on Cottam Hall Lane.

There were other alleged fierce anti-Catholic attacks in Cottam in 1745 after Bonnie Prince Charlie was greeted as he passed along Sidgreaves Lane on his way to Preston.

William Haydock, the last squire, was celibate, without an heir, and he died in 1717.

Under historic Catholic criminal laws, his three brother priests were not allowed to inherit the estate. He left the room, his property, and his lands to Cottam, Ingol, Preston, Ashton, Lea, Woodplumpton, Freckleton and elsewhere to trustees for sale after his death.

He wanted to leave bequests to members of his family, including the large sum of £ 150 each to his brothers. However, authorities were told that the money would support the “superstitious purposes” of Catholic priests, and it is likely that the funds were confiscated and never received.

Although the Haydocks no longer owned Cottam Hall, the family continued to make history until the 19th century. Two brothers, Thomas and George Haydock, were born in another nearby family home called The Tagg and worked
together, a priest and an editor, to publish in 1814 a new version in English of the Catholic Bible.

Read more: Richard Arkwright, Dances with the Devil in Preston

The Haydock Bible became the most popular bible of the 19th century and beyond on both sides of the Atlantic. The Tagg was located at the end of Cottam Hall Lane, where Tag Farm Court now sits near the junction of Tanterton Hall Road. It was demolished in 1985.

The site of Cottam Hall is remarkable today, as it has been occupied since the 13th century. The estate and the stories of the Haydocks are now long forgotten under the new homes and developments of Cottam.

Watch Part One of “The Story of Cottam Hall and the Haydock Family” below. If the video doesn’t load, watch it on YouTube.

What do you think of this fascinating part of the story? Let us know in the comments below

A nation under Graham (?) | Jesus’ Creed

How to start a travel blog in 8 steps