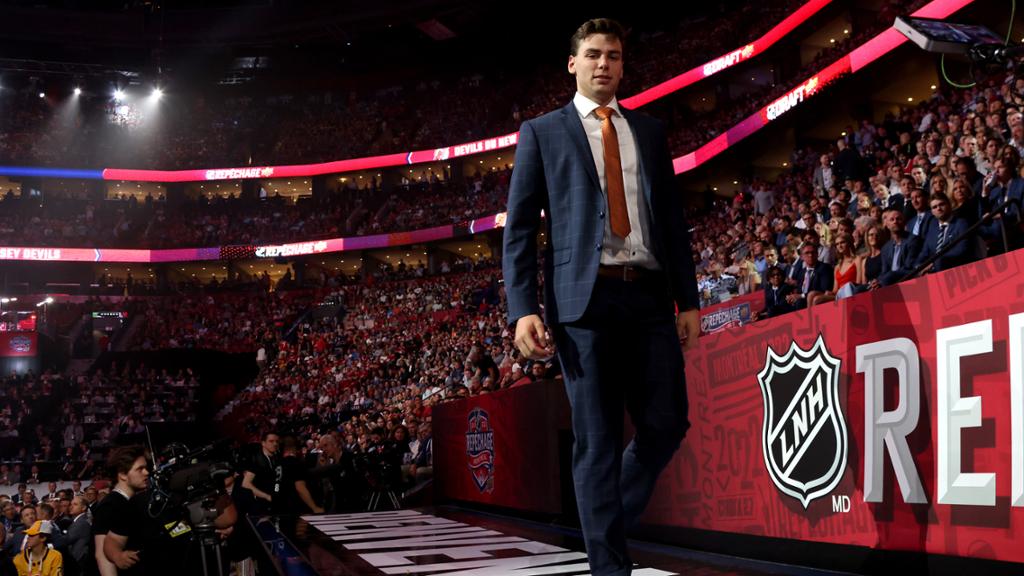 It was around 2 am in Slovakia, but that didn’t matter.

Simon Nemec picked up his cell phone to call his mother.

The 18-year-old defenseman was just picked second overall in the NHL Draft by the New Jersey Devils and wanted to talk to his mom.

In Montreal with the newest member of the Devils were his father and one of his brothers, but his mother is back in Slovakia and stays at home with Nemec’s younger brother. The mother and son shared a quick phone call before all the fuss about media obligations.

The phone call was short, but there was little to express the magnitude of the moment, with the two possibly thinking the phone call would come a little earlier in the Slovak morning.

“Big surprise,” Nemec said, “because everyone said I’d be five, six, or seven.”

The measure of the moment is established between the two, realizing that it was not five, six or seven but two.

What did her mother say?