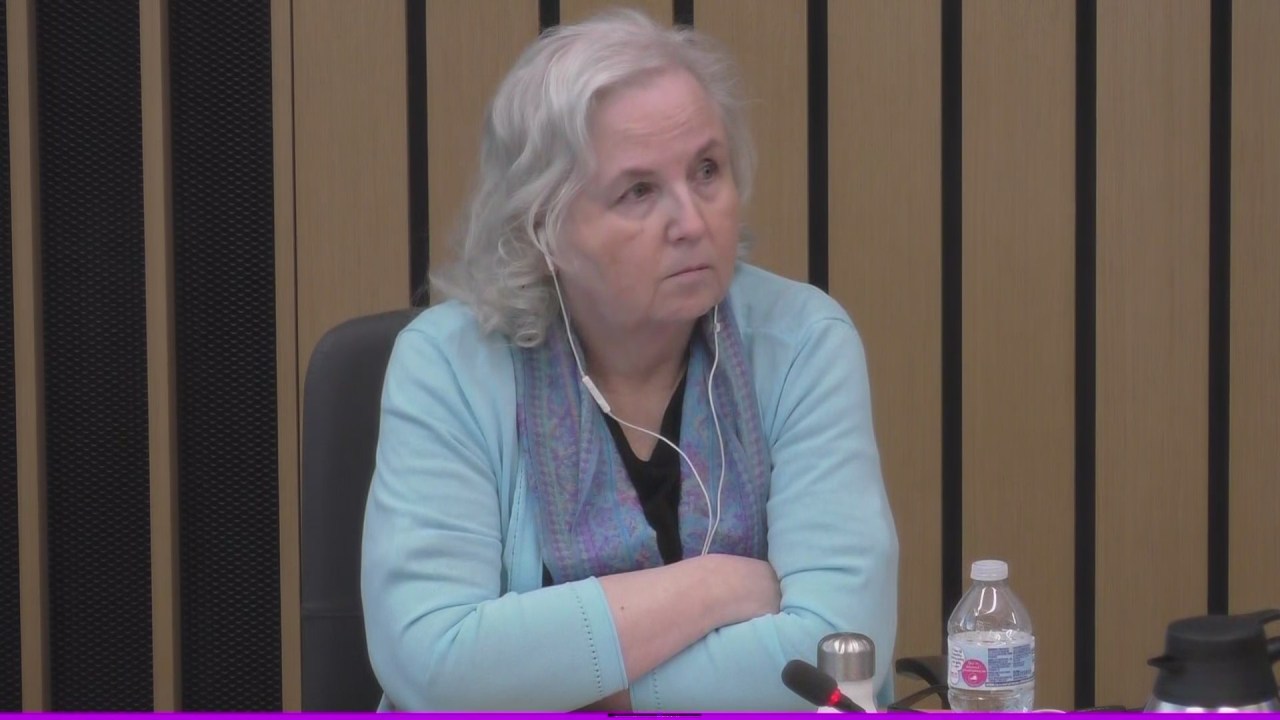 In their opening remarks, the prosecution and defense painted two very different pictures of Brophy: one as a wife who plotted for months to kill her husband and cash out his life insurance, the other as a loving partner who planned to spend the rest of her life with her husband by her side.

Crampton Brophy, 71, was arrested and charged with the murder of her husband in September 2018. She has remained behind bars since then.

State prosecutors, in their opening remarks, pointed out that in the months leading up to Daniel Brophy’s death, Crampton Brophy was on “a road to financial ruin.” They said the financial difficulties began in June 2016 when the couple struggled to pay their $1,530 mortgage, pay for home renovations and cover travel costs.

During these financial difficulties, the Brophys continued to pay more than $1,000 a month for life insurance.

Lawyers said that since Crampton Brophy had previously sold life insurance policies, she knew exactly how much she would receive if her husband died. She was the beneficiary of $1.4 million.

“By the end of 2017, with financial desperation evident and no end in sight, as their mortgage continued to rise due to rising mortgage rates, Nancy began researching and planning the murder of Dan Brophy” said Assistant District Attorney Shawn Overstreet.

He went on to say that Brophy originally researched and purchased a Glock 19 9mm Ghost Pistol build kit.

The Oregon state medical examiner said Daniel Brophy was shot twice by what was likely a 9mm Glock handgun.

After receiving the ghost gun kit, Overstreet said Brophy had trouble putting it together and looked for other ways to acquire a weapon. She went to a gun show in Portland and bought a fully built Glock 17 9mm handgun.

After that, she started shopping for a Glock 17 slide and barrel online and bought one on eBay. She bought one that would fit the lower frame of the gun she had bought at the expo.

Law enforcement officers found the ghost weapon construction kit and purchased weapon at the gun show, but were never able to find the slide and barrel that they had. she bought on eBay.

The prosecution believes she used the stock and barrel she bought on eBay, mounted them on the underframe of the gun she bought at the show, and put them together. used to murder her husband after he went to work at the Oregon Culinary Institute.

Surveillance video from the Oregon Culinary Institute shows Crampton Brophy’s van in the area at the time her husband was killed.

Prosecutors also point to a conversation Crampton Brophy had with a detective after her husband’s death. They said she asked the detective for a letter to send to a life insurance company essentially exonerating her as a suspect in her husband’s murder, so she could receive $40,000 from his insurance policy. ‘life insurance.

Defense attorneys told a much different story. They said Daniel and Nancy Brophy shared a loving marriage filled with plans they made together, romantic getaways and friendly text messages.

They said Crampton Brophy’s sudden interest in life insurance plans came after she learned she needed surgery in 2015. At the time, she wrote a letter to her husband giving her specific instructions on how to receive payments from her life insurance policies, if she dies.

Winemiller provided a detailed description of how Crampton Brophy’s and Daniel Brophy’s life insurance policies have changed over the years and pointed out that one of Daniel Brophy’s policies, which had a high monthly premium, would not allow them to receive the full amount unless Daniel Brophy lives. to be 78 years old, an age he will never reach again.

The defense attorney said Daniel Brophy supported his wife’s decision to move into selling health insurance policies and that the two had made plans for their retirement. Between 2016 and 2018, the couple decided that Daniel would work at OCI for 5 more years and that the couple would subdivide and sell their Beaverton property to maximize the profit they could make from its sale.

While Crampton Brophy and her husband had been struggling financially, his attorney claims things were looking up by the time of Daniel Brophy’s death.

Regarding firearms, Winemiller said that as a novelist, Crampton Brophy had purchased several odd items in the past, such as night vision goggles, a telescope, and police-grade handcuffs. The gun was another thing Crampton Brophy wanted to research.

Additionally, with several recent mass shootings, including the one in Las Vegas and the one at Marjory Stoneman Douglas High School in Florida, Crampton Brophy and her husband were both considering getting a gun for their safety. Crampton Brophy told her husband she would feel more comfortable if he took a mushroom hunt with him because people can be territorial of their mushroom hunting locations, her lawyer said.

Winemiller said Daniel Brophy was aware of the gun purchases and that they were not made in secret.

On the day of Daniel Brophy’s murder, Crampton Brophy’s attorney said his client said goodbye to her husband when he went to work, then went to Starbucks and pondered the plot of the latest book on which she worked.

Finally, Winemiller pointed out that Nancy Crampton Brophy had a strong and loving marriage that was admired by many of their close friends.

Crampton Brophy’s niece, Susan Estrada, reportedly said: “They had a great wedding. They have one of those rare relationships that made me think, “Hey, maybe marriage isn’t a bad idea.”

Other friends said Nancy was crazy about Dan and always spoke kindly of him.

After his death, Winemiller said Crampton Brophy was lost, weeping and overwhelmed with grief.

“After hearing all of the evidence in this case, we are sure you will understand that Nancy Brophy did not kill her husband,” Winemiller said, concluding his opening statement.

Winemiller said Crampton Brophy will testify at his trial.

Judge Christopher Ramras said before the trial began that a 2011 blog post by Crampton Brophy titled “How to Murder Your Husband” would be excluded from trial evidence. He said any value an article written long ago would provide is outweighed by “the danger of unfair prejudice and confusion of issues”.

LIVE BLOG: ‘I killed her’ Texas man testifies on his own behalf at Tyler’s trial | KETK.com

Building Coalitions for Development: Around Australia