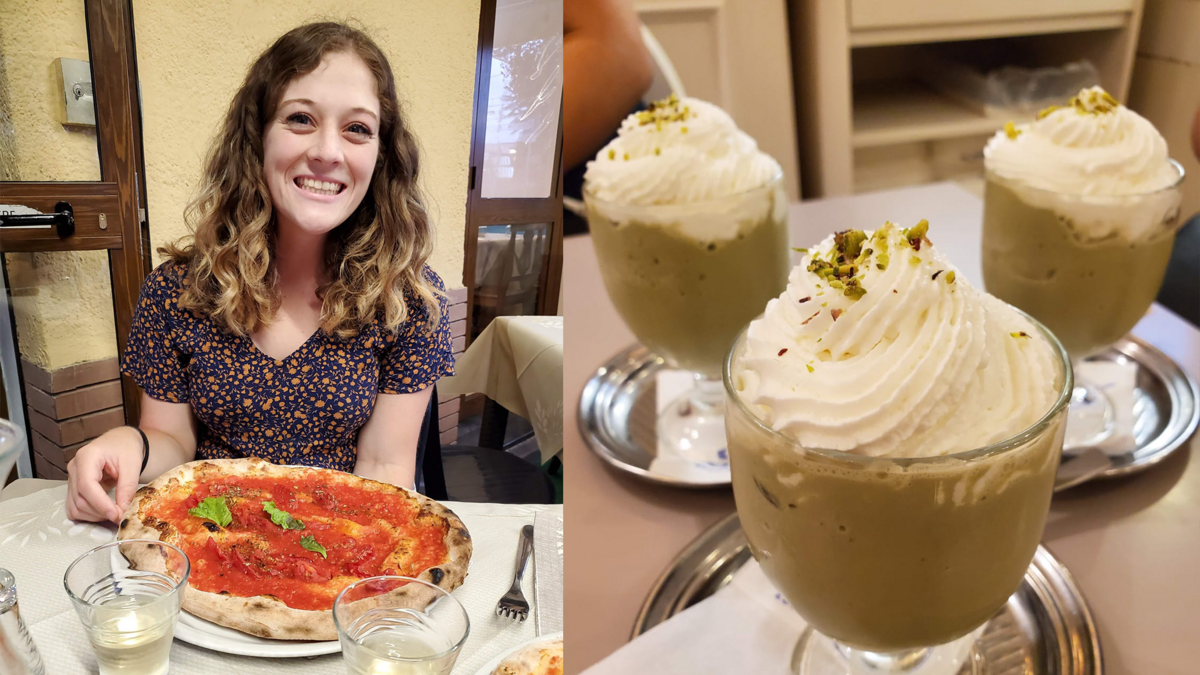 Must-Have Foods on an Italy Cruise

Going on a Royal Caribbean cruise in the Mediterranean brings historical sites, picturesque streets and arguably the most important thing: food.

Italy is one of Europe’s most popular cruise destinations, with common ports including Rome, Palermo, Catania, Florence and Naples. Each region and city in Italy has its own culinary history, traditional dishes and famous restaurants. Be sure to disembark your cruise ship hungry when you arrive in Italy as there are endless new foods to discover.

Foods to Try on a Florence Cruise 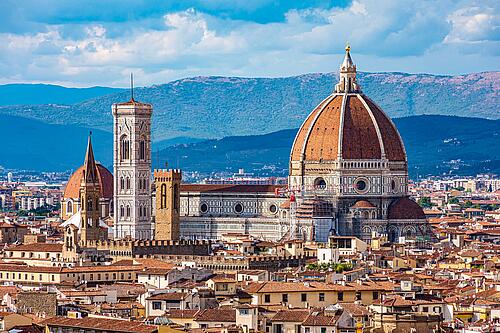 The region of Tuscany, where Florence is located, is best known for its meat. From paninis to steak, you shouldn’t miss an opportunity to try meat dishes in Florence. And whether you opt for a more sophisticated sit-down meal or end up ordering a take-out sandwich, you won’t be disappointed with the dining options when visiting the city. 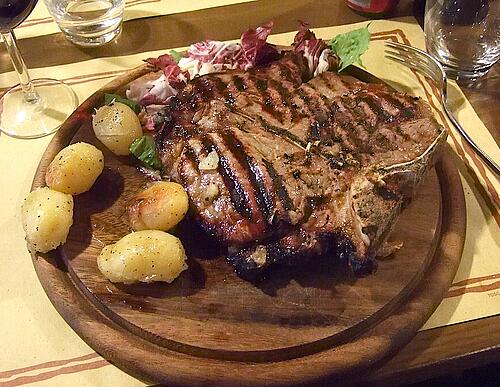 One of the most popular meat dishes to try in Florence is bistecca alla Fiorentina, which is a T-bone steak from the Chianina cow, a breed of cow from Tuscany.

Bistecca alla Fiorentina is traditionally only cooked for a few minutes on each side to ensure the flavor and texture are correct. The steak is usually served with olive oil and cannellini beans.

You can try this dish all over town, but one of the best restaurants to order this bistecca is in Buca Lapi. Founded in 1880, this traditional restaurant was built inside a barrel-vaulted cellar and serves bistecca alla Fiorentina that can be big enough for two to three people. 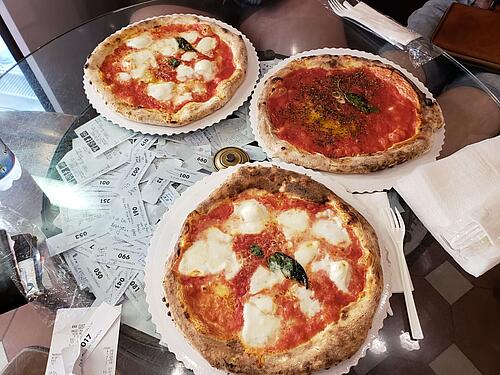 You’ll know you’ve reached Gusta Pizza when you see a long line of people waiting outside the small pizzeria. Gusta Pizza is one of the most famous pizzerias in Florence and the pizzas are up there.

Gusta Pizza’s menu is simple. With only seven pizzas to choose from, each pizza was crafted to perfection before it ended up in the wood-fired brick oven. Be sure to try the classic Margherita pizza and the “GustaPizza”, which is topped with tomatoes, mozzarella, cherry tomatoes, arugula and parmesan cheese. 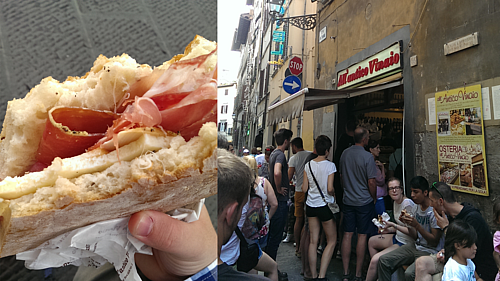 All’antico Vinaio is a famous sandwich shop located in the heart of Florence. All’antico Vinaio’s sandwiches are served on local bread, schiacciata, and topped with cold meats, cheeses, vegetables and homemade creams, including artichoke and truffle cream.

As the store has limited seating, you can take your sandwich out onto the street and enjoy it while watching the day go by in the historic center of Florence. In fact, All’antico Vinaio is so popular with Italians and foreigners that they recently opened a location in New York!

Foods to Try on a Sicily Cruise 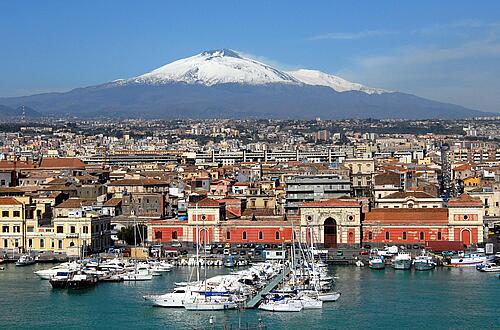 If your cruise passes through the ports of Palermo, Messina or Catania, consider yourself lucky. Sicily is home to some of Italy’s most diverse and multicultural cuisines. Due to its strategic location as an island between Europe and North Africa, the culture and cuisine of Sicily have been influenced by neighboring countries and regions for centuries.

While all Sicilian cuisine is tasty, there are a few dishes and desserts that stand out above the rest. 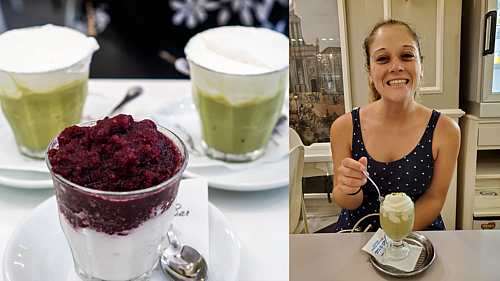 One of the most popular desserts in Sicily is granita. Often preferred over ice cream by Sicilians, granita looks a bit like creamy Italian gelato or sorbet, but with a smoother, runnier texture.

There’s not much more refreshing than an icy cup of granita when strolling through a Sicilian cruise port on a hot summer day. This is personally, by far, my favorite Italian dessert of all time. 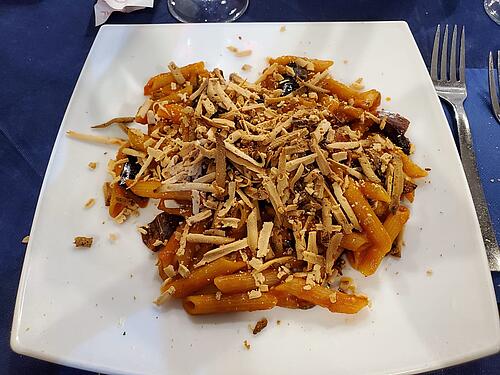 Eggplant is one of the most used ingredients in Sicilian cuisine, and one of the best dishes to try with eggplant in Sicily is pasta alla Norma. Pasta alla Norma combines fresh pasta with fried eggplant slices, tomato sauce, grated ricotta salata cheese and fresh basil.

Named after Vicenzo Bellini, a native Sicilian who composed the opera Norma, the dish would have been called a true masterpiece worthy of the opera’s namesake. It’s a popular Sicilian dish, so you’ll have no trouble finding it on a menu when cruising Sicily. 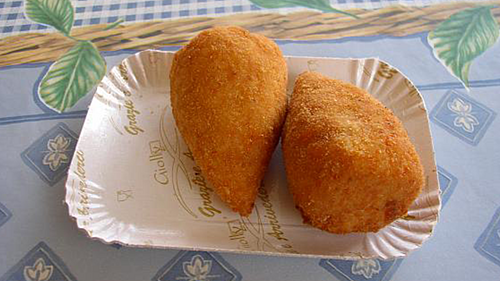 Not only are arancini a dish you’ll find at Jamie’s Italian and Giovanni’s Italian Kitchen aboard a Royal Caribbean ship, but you can also enjoy authentic arancini while on an Italy cruise. Arancini are stuffed rice balls coated in breadcrumbs and fried. Although not a full meal, they are usually quite large and make a hearty snack to enjoy on your walks in Sicily.

Arancini originated in Sicily and are most easily found in take-out “bars” throughout the region. Popular toppings include meat in tomato sauce (ragù), mozzarella cheese and peas.

Foods to Try on a Rome Cruise 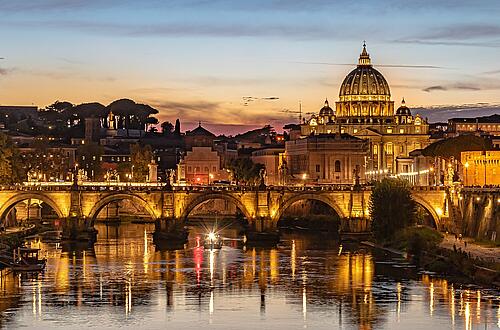 Some of Italy’s most popular pasta dishes have their origins in Rome. Whether your cruise begins in Rome or you’re calling in the port of Civitavecchia for the day, be sure to try one of these famous pastas. 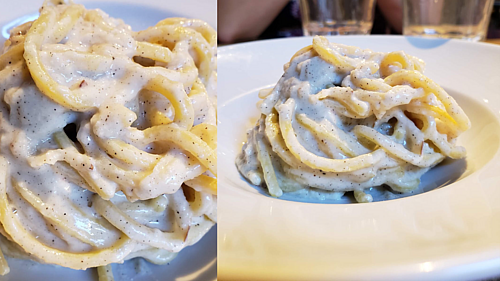 Cacio e Pepe is a pasta dish that originated in Rome and has recently gained popularity. While cacio e pepe can be found in some restaurants in the United States, the best place to taste it is, of course, in Rome.

Cacio e pepe is made by boiling pasta and, after draining it, mixing the remaining starchy water with pecorino cheese and black pepper. The result is semi-creamy, cheesy pasta with a slight hint of spice. It is most often made from long pasta such as spaghetti or tonnarelli. 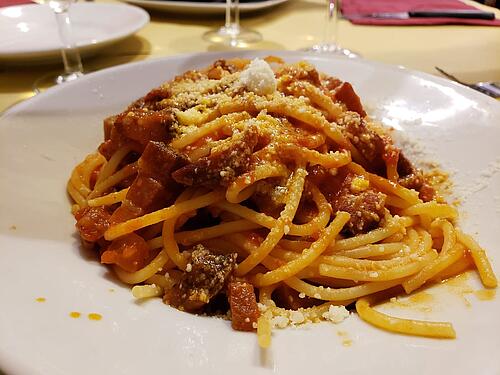 If you fancy a tomato-based sauce, order Amatriciana. Amatriciana is a traditional sauce made with guanciale (pork cheek), pecorino romano and tomato. A simple, classic tomato sauce enhanced with the hearty flavor of pork, it’s likely to be one of your favorite dishes on an Italy cruise.

This sauce is traditionally served with Bucatini pasta, a spaghetti-like pasta that is hollow inside. You may see this dish listed on a menu as Bucatini all’amatriciana. 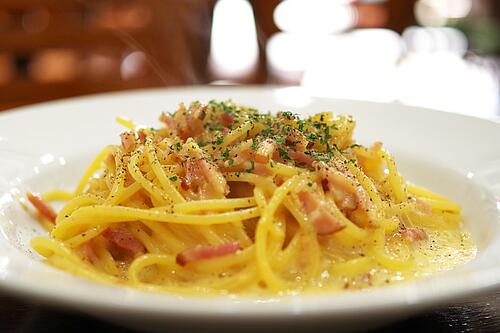 Carbonara is perhaps the most popular pasta dish among Italians. Carbonara sauce is made with eggs, pecorino romano or parmigiana, guanciale and black pepper. It is most often served with spaghetti.

This dish may seem a little strange to foreigners visiting Italy. Pasta with egg and bacon sauce? Don’t hit it until you’ve tried it, though, and there’s no better place to do it than in Rome.

Foods to Try on a Naples Cruise 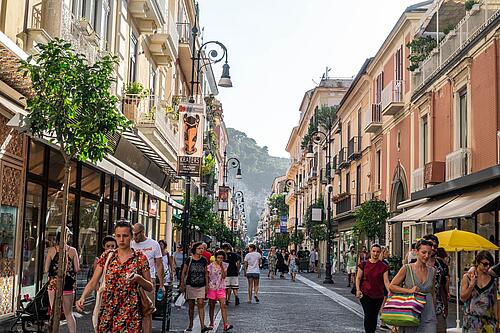 If your cruise ship docks in Naples, you’ll have the opportunity to explore not just the city of Naples, but the entire Amalfi Coast region. The Amalfi Coast is bursting with fresh flavors. From lemons to seafood to tomatoes, there is no shortage of fresh ingredients. 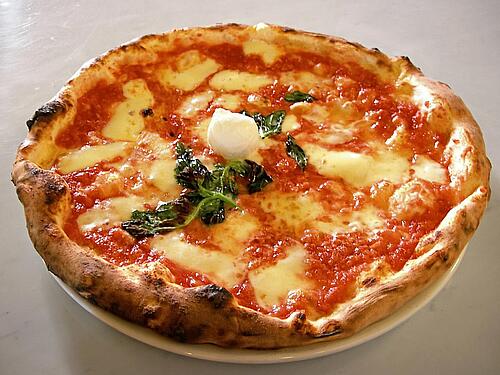 Naples, or Napoli, is best known as the birthplace of pizza. Modern pizza is said to have originated in Naples from flatbread dishes in the 18th or early 19th century, although it didn’t gain popularity until the 1940s.

One of the most famous pizzerias in Naples today is Sorbillo. Located in the historic center of Naples, Sorbillo makes traditional Neapolitan pizzas with a thick outer crust and a thin, gooey, saucey, cheesy middle. Classic pizza flavors to try in Naples are pizza marinara or pizza margherita. 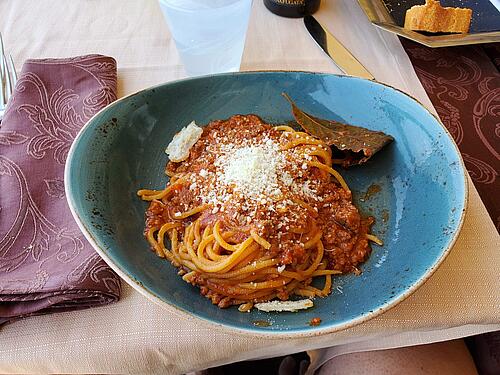 Many cruise passengers arriving in Naples will choose to skip the city to spend more time on the Amalfi Coast in destinations like Sorrento, Pompeii and Capri.

A classic dish to try in southern Italy is a classic pomodoro sauce made with fresh tomatoes and basil.

Those looking for a taste of fresh vegetables might want to order spaghetti alla nerano. Made with fried zucchini and provolone cheese, this pasta dish is full of light and savory flavor.

If you want to try seafood, order spaghetti alle vongole. Spaghetti alle vongole is a simple pasta dish said to originate from Campania, the Italian region where Naples is located. The pasta combines spaghetti with freshly caught clams, olive oil, garlic, parsley, and white wine, although it can sometimes include fresh tomatoes and basil.

The great resignation and burnout of lawyers