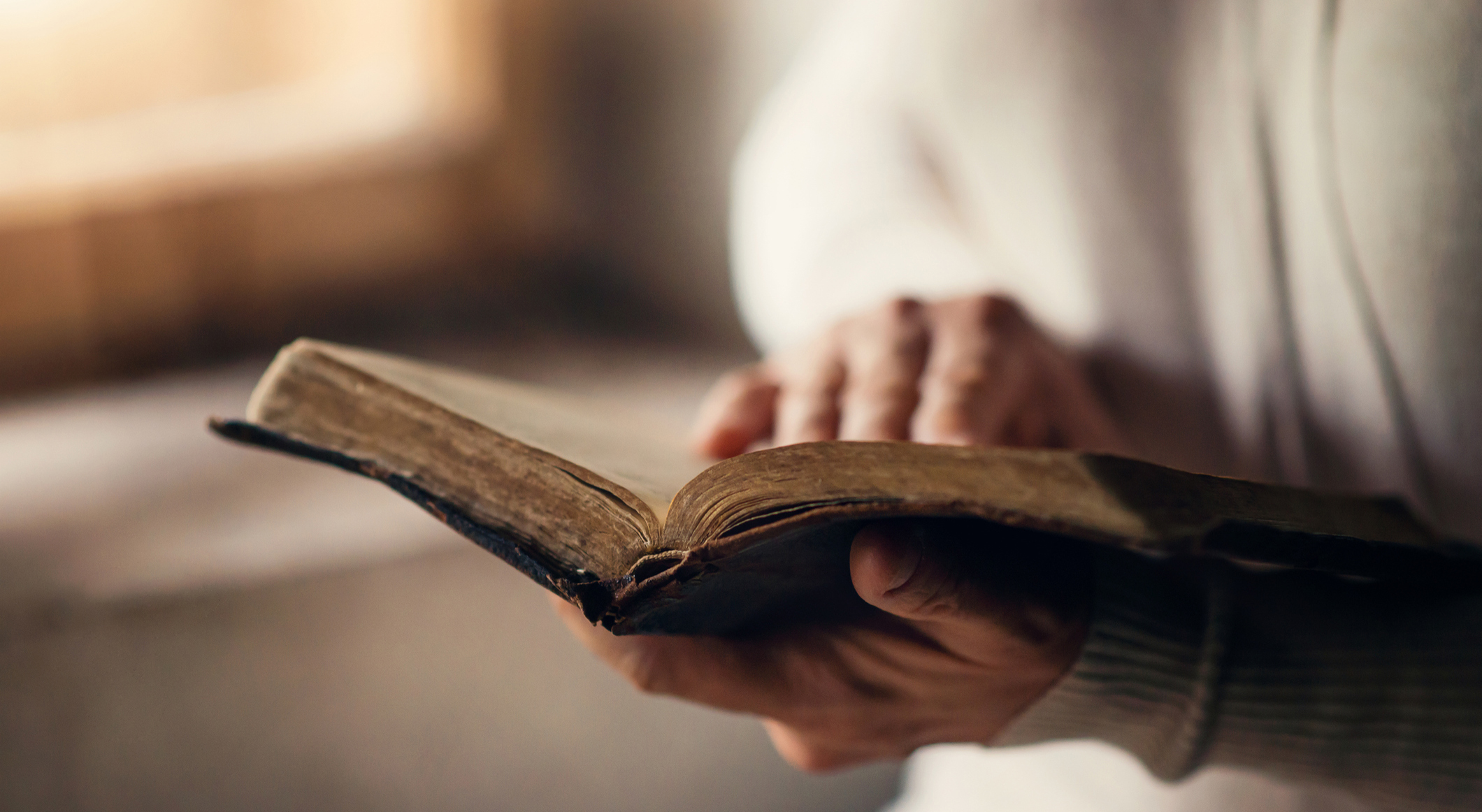 The story of the rich man and Lazarus is a favorite parable for several reasons. Jesus puts a rhetorical cap on his teachings on money and faith that we have been reading for several weeks now. It also gives one of the few descriptions in the Bible of life after death. And Abraham, in the story of Jesus, gives a little Bible study.

We know, I think, the basic story. Each day a wealthy man puts on his finest festive clothes and enjoys a personal feast (Luke 16:19). By way of comparison, even Lord Grantham of Downton Abbey did not wear a white tie to feasts every night! Then Jesus introduces the photo-negative of the rich man. We don’t know the rich man’s name, but the poor one is Lazarus (a Hellenization of “Eleazar” – God is [my] help/God help). The rich man wears festive clothes while Lazarus is dressed in wounds. The rich man lives in splendor in a beautiful house; Lazarus sits at the door of the oblivious rich man. While the rich man feasts, Lazarus somehow observes the festivities and longs to eat the leftovers that fall from the rich man’s tables. Instead, Lazarus actually becomes food for the dogs, which lick his wounds while he is still alive. These men are in radically different situations. It is important to note that we have no overt indication of either man’s beliefs.

The first and only similarity between the rich man and Lazarus is that they both die. Just as someone had dropped him off at the rich man’s doorstep during his lifetime, the angels carry Lazarus into Abraham’s “bosom”. The Greek word colpos means the pocket/fold in men’s clothing above the waistband on the front of the chest where a man would store valuables he didn’t want to risk in a belt or money bag. Lazarus is recognized as precious, while the rich man is simply buried and ends up in Hades.

We should also be clear that Hades is not the medieval notion of hell, and Abraham’s bosom is not heaven. Think of them as ends of a spectrum from the Land of the Dead, rather than different realms. Communication from side to side is possible, even if travel is not (Luke 16:23-26). Finally, note that God is completely absent from this parable.

In his suffering, the rich man seeks to convince Abraham to use Lazarus as a tool, asking that the poor man be removed from his comforts so he can bring him water. Abraham responds to the rich man as his child, and opposes his request for two reasons. First, the suffering of the rich and the comfort of Lazarus are just, because they both receive the opposite of what they experienced in their earthly life. Second, the journey from Abraham’s bosom to the place of suffering, or vice versa, was not possible for Abraham.

We go back to the scriptures, rather than signs or wonders, to learn how to be God’s people.

Then, for the first time in his life/afterlife, the rich man thinks of someone else and asks that Lazarus be sent to his brothers so that they do not join in his sufferings after their death. Abraham says something we often overlook: “They have Moses and the prophets, let them listen to them” (Luke 16:29). The rich man objects, saying that Scripture is insufficient. But if someone comes back from the dead, he believes his brothers will repent.

Jesus ends the parable with Abraham insisting, “If they do not listen to Moses and the prophets, they will not be persuaded even if someone rises from the dead” (Luke 16:31). What does Abraham say? What does Jesus say?

Miracles can be explained or actualized. Jesus Himself would raise from the dead, yet many did not believe. Do you remember the president of the synagogue who saw Jesus’ miracles on the Sabbath day and told people to stop coming for healing on that day (Luke 13:10-17)? Miracles are beautiful, but they are signs that point to God in motion, not something to direct our lives. Moses and the prophets, however, speak from the heart of God for justice and a Holy Community that follows God. After his own resurrection, Jesus gave multiple scriptural reminders that he applied to himself (Luke 24:6-8, 27, 32, 44-45).

Jesus summarizes his teachings on the dangers of wealth and acquisition by telling the story of a rich man and Lazarus. And the downfall of the story, which his previous teaching points to, is that the teachings of Moses and the prophets on wealth and equity are more important and should be more convincing than any miracle. This idea is at the heart of the Reformation drive – we return to Scripture, rather than signs or wonders, to learn how to be God’s people. Moses, the prophets and Jesus constantly warn of the dangers of wealth that is not shared and the lack of care for our poor neighbors. Abraham says heeding the words of scripture, especially regarding the dangers of wealth, should take precedence even over miracles.