In a press release, the St. Louis County Police Department announced the news that the Board of Police Commissioners had selected Gregory as the tenth chief to lead the department. He is the first black police chief in the department’s 66 years of operation. Gregory has served as Acting Chief of Police since Mary Barton left the department on July 30, 2021.

Gregory, who has served as interim chief for the past six months, has worked collaboratively with the board “both on day-to-day operational matters and long-term strategic decisions,” the commission said in a statement. press release announcing the selection. The council said its members were impressed with the acting chief’s decision-making process, community engagement, collaborative leadership style and his ability to turn departmental issues into “concrete action items”.

The board has confidence in Gregory’s “abilities to work collaboratively, to strive for self-improvement, and to protect the Department’s successes and achievements,” according to his statement.

“Although we tasked him with stabilizing the organization, the Department has not only stabilized but developed in a positive direction under his command,” the press release reads. “As such, the board has determined that it is in the best interests of the department and the community of St. Louis to place Chief Gregory at the helm.” 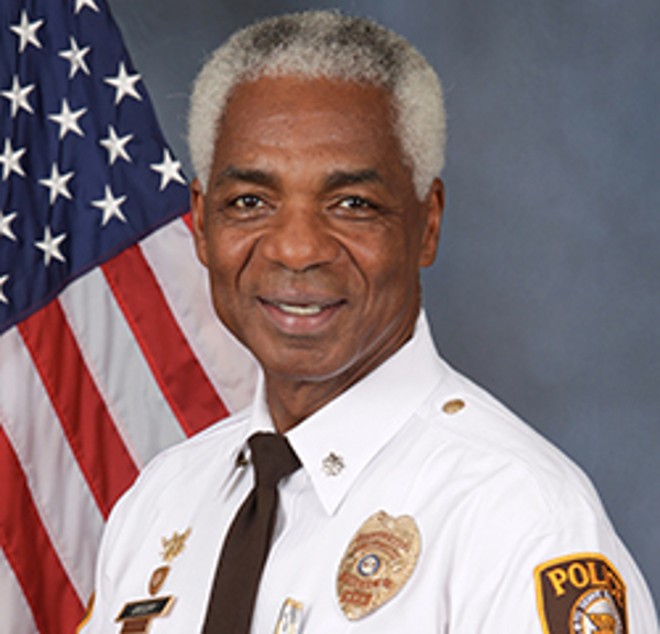 St. Louis County Executive Sam Page praised Gregory on Twitter. The Ethical Society of Police, which had publicly criticized Barton’s leadership before his resignation, said Tuesday that Gregory “brings an abundance of institutional knowledge to the position.”

“We look forward to working collaboratively to dismantle many practices and policies that have created barriers to employment for minorities and damaged relationships within marginalized communities,” the Ethical Society statement read.

The St. Louis County Police Department revealed on Twitter that the person who hired Gregory, Col. Gil Kleinknecht, “got to watch Gregory take his old job.”

Kleinknecht, who volunteers as the department’s historian, said, “Gregory was smaller then and I had more hair.”
Congratulations, boss! #stlcountypd pic.twitter.com/bjf38IomTv

Gregory has been with the police department since 1979 in various roles, with his most recent post as deputy chief in 2018. In 2020, Gregory was beaten by Barton in the race for chief of police following the retirement of Colonel Jon Belmar. Gregory served under Barton, the first female police chief, until his release; Barton served as chief for fifteen months, but resigned after allegations of racism, then accused the county of discrimination itself. The complaint was settled out of court, reaching a settlement of $290,000.

Gregory was also lightly involved in a 2017 lawsuit against the St. Louis County Police Department, where an officer, Sergeant Keith Wildhaber, said he was blocked from promotions because he was gay. The lawsuit contained the account of a former executive assistant, who claimed to have heard Gregory quote the Bible to another commander, calling homosexuality an “abomination”.

In his testimony, Gregory denied this claim and said he never quoted the Bible during his service. The jury determined that they did not believe then-Chief Belmar or senior police officials when they insisted there was no homophobia in the department and awarded Wildhaber nearly $20 million. Page also announced that he would be hiring new members of the Board of Commissioners. Therefore.

Gregory now takes the reins of the second largest police force in the St. Louis area. On Tuesday, the Board of Commissioners ended its statement by saying it looked forward to working with the new police chief to continue “steering the department toward 21st century policing.”

“Regional and departmental safety is of the utmost importance to this council, along with efforts to cultivate inclusivity and collaboration within our community,” the statement read. “Chief Gregory, the Board, and the Department will continue to put the residents of St. Louis County and the St. Louis area and their well-being first.”