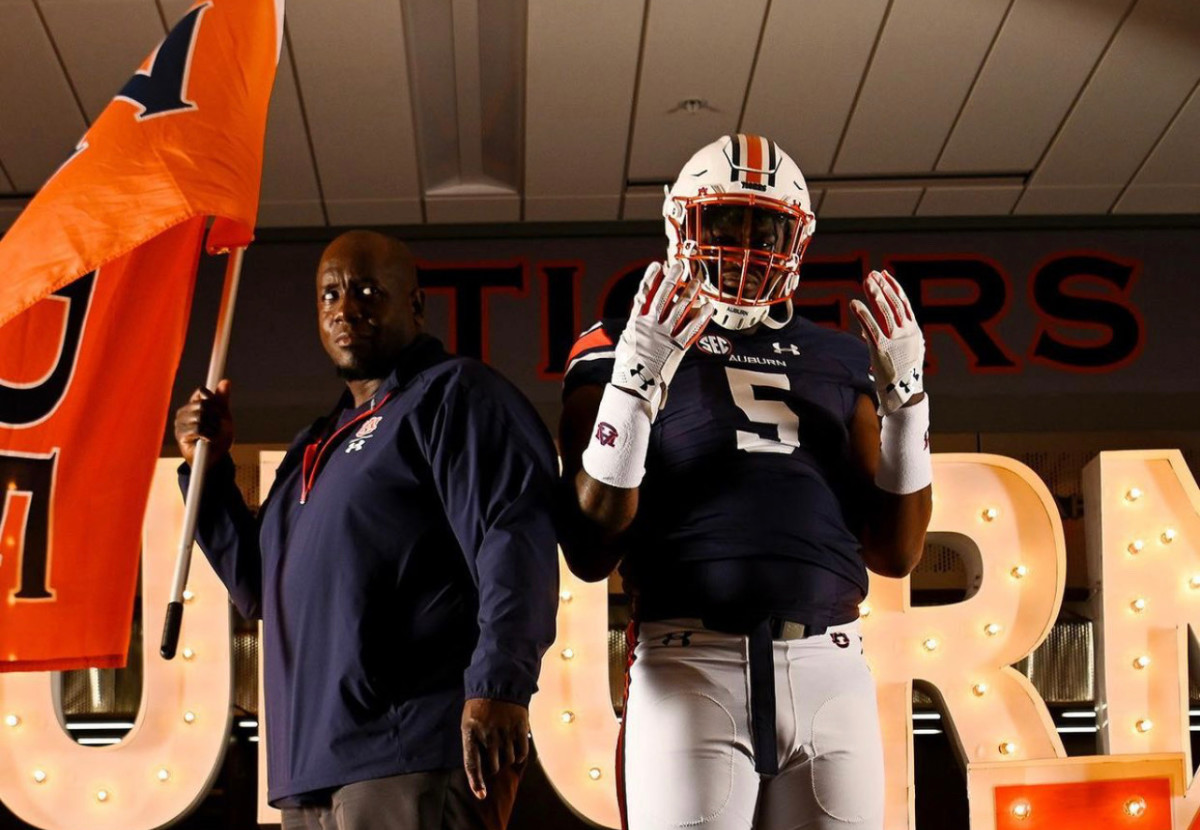 Jeffrey M’Ba is one of America’s most recruited prospects, with 30 offers since joining the Junior College scene at Independence CC, Kansas. He has agreed to give Sports Illustrated exclusive access to his world by recounting his journey in football from his time in France to his recruitment and preparation for his next college decision.

Hello everyone! It’s me again, Jeffrey!

I am currently on my way for another visit. It seems to me that’s all I’ve been doing lately. I’m on my way to Knoxville to see the Tennessee volunteers, but before I talk about it, I want to share my thoughts on my visits to Jackson State and Auburn.

Let’s start with the game. I had the opportunity to face one of the best rivalries in college football, the Iron Bowl. The game itself was crazy! It was the best game I have seen in my life and I played four overtime. The whole atmosphere was crazy, and the way Auburn played against Alabama was crazy. The fans were so exciting and I really had fun during the game.

I spent time with all the coaches on my official visit, and it was great. I appreciated their message to me. They told me I can play on the outside or on the inside because they play a versatile defense so that’s definitely something I’m interested in because it means I have a chance to play all over. It’s important because that’s what I want. I want the opportunity to be versatile and show NFL scouts that I can play anywhere.

Before going to Auburn, I spent time in Jackson State with NFL legend Deion Sanders. It was a great experience for me, although I didn’t get to watch any of their games in real life, I still really enjoyed my time there.

It was a great opportunity to hang out with him and talk to him. It was crazy to be with him, and I can tell he really cared about me. We talked about life and everything. He just wants me to be awesome even though I’m not going to Jackson State. He wants me to be great as a person and as a player. I have a feeling that is what he wants for everyone. It was crazy for me to go through this with someone like him because I think he really wants everyone to be awesome.

It was also a great opportunity to learn more about Historically Black Colleges and Universities (HBCUs). I already knew some about segregation, but I had to go to a museum. While I was there I learned more about slavery and all that. I was really happy to be there and to be able to visit because it was a great school. I really enjoyed it.

Now, as I said earlier, I am leaving for Tennessee for my third official visit. I have known Tennessee for a long time, but I am delighted to be able to go and see it myself. Coach (Rodney) Garner is one of the best coaches in football right now.

This trip is going to be important for me because I will see how they will play me if I come there, how I will integrate myself around the players.

That’s all for the moment! I can’t wait to tell you about Tennessee and my upcoming plans as I still have trips to Oregon and Missouri to come.