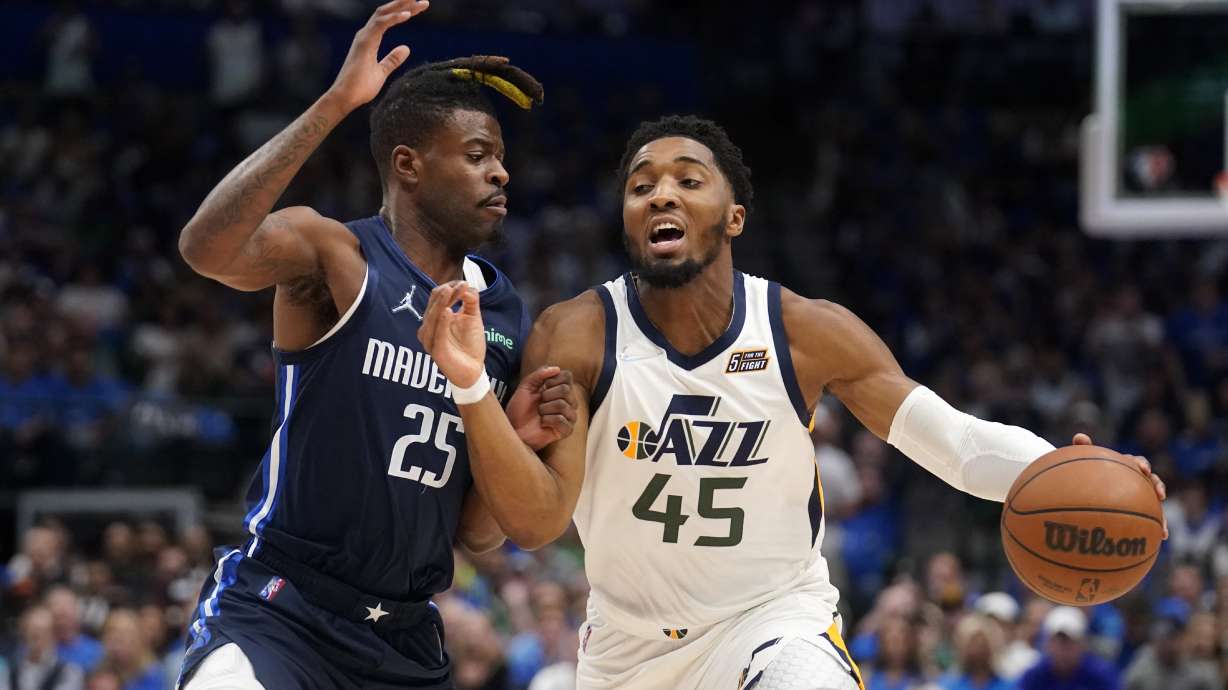 Donovan Mitchell had just 2 points in the first half of Saturday’s playoff opener at Dallas.

By the end of the game he showed he was more than just a goalscorer – and he can do that very well too.

Mitchell finished with a team-high 32 points, six rebounds and six assists to help the Jazz steal a road victory from the Luka Doncic-less Mavericks 99-93 in Game 1 of the first-round series. Western Conference at the American Airlines Center in Dallas.

Bojan Bogdanovic added 26 points, five rebounds and four assists for the Jazz (50-33), who got 13 points, six rebounds and three assists from Mike Conley Jr. Jordan Clarkson added 10 points off the bench for Utah, and Rudy Gobert provided 17 rebounds and three blocks, making the game attempting just one shot and making 5 of 6 free throws.

Utah never trailed in the second half and led as far as 12 points in the streak. But Brunson cooked and Bullock capped an 11-2 run that pulled Dallas in half, 88-86, as the Mavericks capitalized on 14 Jazz turnovers.

That’s when Quin Snyder called timeout, Conley hit a driving float from Mitchell, and the former Louisville star forced a turnover a minute later to keep Utah ahead going into the final minute. Royce O’Neale struck in a 25-footer to push the lead to 95-91 with 57.3 seconds left – Buckets’ first bucket of the game as he silenced the crowd after taking the swing pass from, you guessed it, Mitchell himself.

Game 2 is Monday in Dallas.

Royce O’Neale drops the clutch cup to extend the @utahjazz lead at the end of game 1!#NBAPlayoffs presented by Google Pixel on ESPN pic.twitter.com/fizO4eY4rb