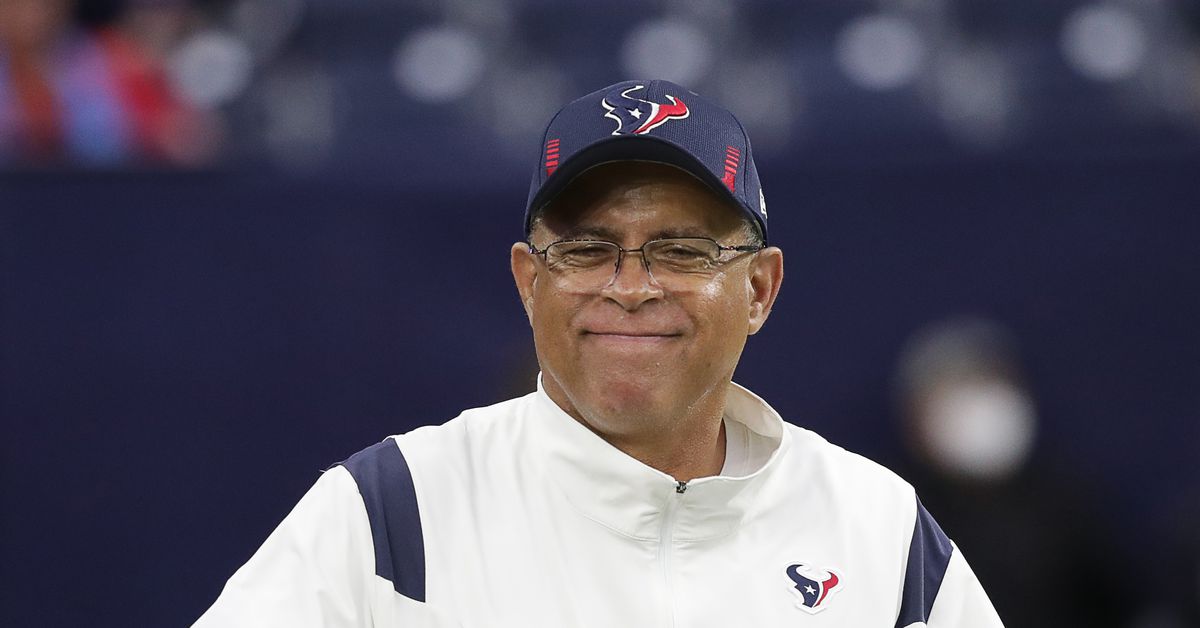 Last year was different. Last year, when the Houston Texans were working to find a new head coach and general manager, there was a sun that the team revolved around. Rick Smith did the hard work and found what every team is looking for: a franchise quarterback. Deshaun Watson was a top five quarterback despite his teammates not allowing him to pull off the miracle to win the close games they won in 2020. Despite going 4-12, an immediate rebound was in sight. Find a head coach who could plan an offense to get the most out of Watson, cut fat on the roster, and find players to build around Watson with.

When looking for coaches last year, there was a plan there. A franchise quarterback is the staple of teams that consistently make the playoffs. It’s not a big running attack, or secondary, or a win in a hard, gritty way. Many parts come together to win this way, creating multiple points where one part can break, forcing the whole operation to fall apart. A quarterback is immune to this to some extent. Year after year, great QBs consistently carry a team into the playoffs.

Head coaching decisions made from 2017 to 2020 should have been entirely based on getting the best out of Watson. Bill O’Brien came up with a great game plan at times, but overall his heavy offense limited Watson’s performance and production. The Texans won due to the overall talent of the roster. O’Brien was able to get by year after year, until the dam finally burst. Tim Kelly did the bare minimum in O’Brien’s absence. He used a loose pass offense, with Chad (CHAD) Hansen and Jordan Akins at wide receiver, Watson separating defenses from five wide receiver formations, using his running ability as a circuit breaker if all was covered. Houston had the best passing offense of O’Brien’s entire tenure in Houston in 2020, and that came after he was fired.

Who could build an offense around Watson year after year was the question to answer. Brian Daboll’s quarterbacking program transformed Josh Allen from an incredible athlete into an MVP-caliber quarterback. Eric Bieniemy calls the pieces of Patrick Mahomes and the Kansas City Chiefs‘passing attack of all time. Byron Leftwich could bring the vertical passing scheme he learned from Bruce Arians. Greg Roman would surely grind Watson to dust, but Watson could finally tap into his rushing ability.

Those were the ideas we had a year ago when the Texans were looking for a head coach. Then it was rumored that Watson was about to demand a trade. Next, Watson was charged with sexually assaulting 22 women. Everything collapsed. Houston fired O’Brien to get ahead of other head coach searches and ended up being the last team to hire a head coach, a guy named David Culley. The ideas we had were gutted.

A year later, the Texans finished 4-13. Culley was one and done, unable to perform the minimal aspects of the job. Insane in-game decisions, players constantly out of position, an obtuse loyalty to the NFL’s worst offense…the Texans are now back to the drawing board and trying to find a new head coach.

I don’t care at all.

The difference this year is that the Texans no longer have a source of light and energy. The franchise is cold. Maybe Davis Mills can improve his accuracy. Maybe Houston can create a competent running game, acquire second wide receivers, and Mills can become a starting quarterback. Maybe Jonathan Greenard can be the third best player on a good front seven. Maybe they finally stop messing around, leave Tytus Howard at left tackle and trade Laremy Tunsil, who has an impossible cap in 2022. Maybe being that the rookie class of 2021 has a starter besides Roy Lopez.

The Texans have a talent problem. O’Brien mortgaged everything to give Kansas City a 24-point lead in the 2019 Divisional Round NFL playoffs. O’Brien’s failures and mismanagement of the offensive line led to Tunsil’s trade. DeAndre Hopkins became Brandin Cooks, Ross Blacklock and David Johnson. Eric Murray was the answer to a crumbling pass defense. The defensive talent that had carried O’Brien for years waned due to the weather or moved to other franchises. The Texans were left in ruins.

There is no pattern that makes perfect sense for the Texans as they are currently constructed. Jonathan Gannon’s quarterbacks defense (the one he couldn’t quite lead in Philadelphia without linebackers or safeties), Kevin O’Connell’s zone-heavy play action offense, the action pattern of Leftwich’s vertical play, the high-blitz defense of Todd Bowles and Brian Flores … none of them matched the current Texans personnel. Except for the FCA leadership traits that Josh McCown brings.

Houston may have a key player in Howard. Others require more work and time to discover if they will stand the test of time.

The key to this offseason is for Nick Caserio to find good football players. That’s it. It’s simple. Firing Culley allows Houston to bring in a head coach who can grow with the team and match an ideology to roster building. There is no perfect pattern. Houston is malleable. The key is to find players around whom the next good Texas team can be built, when it finally can be.

For that reason, I don’t care who the Texans hire as their head coach. It could be Flores, O’Connell or McCown. It does not matter. What matters to me is what Houston gets for Watson and Tunsil, if they trade from that third overall pick in the 2022 NFL Draftwhat positions they’re tackling in the draft and free agency, and which one-year hirelings are staying for another season.

The coach and the program don’t matter at the moment. Finding good players and improving the overall talent level of the roster is what does.