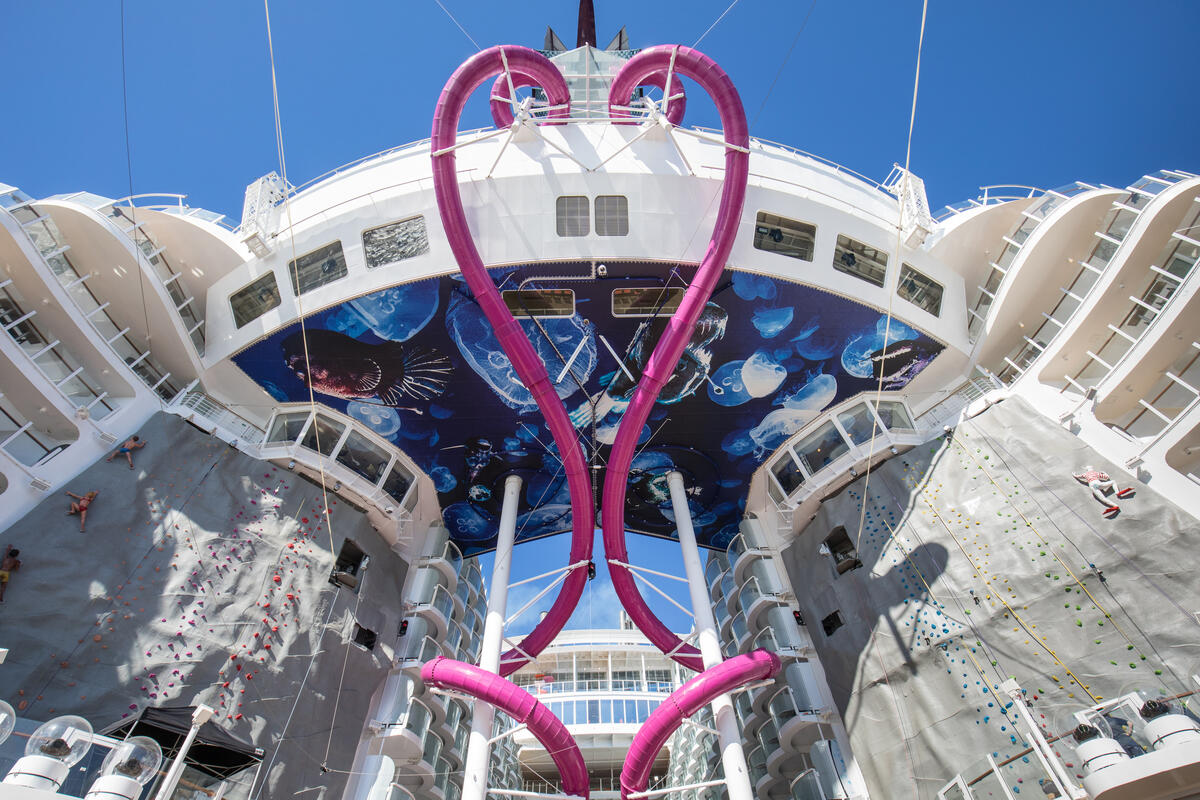 How many ships does Royal Caribbean have?

Royal Caribbean currently has 26 cruise ships and has four additional ships on order to launch over the next four years. The cruise line has six distinct classes of cruise ships, each offering a different layout, size, onboard activities, cabin options and amenities. A seventh class will debut in fall 2023 with Icon of the Seas.

Here is the list of ships in the Royal Caribbean fleet: 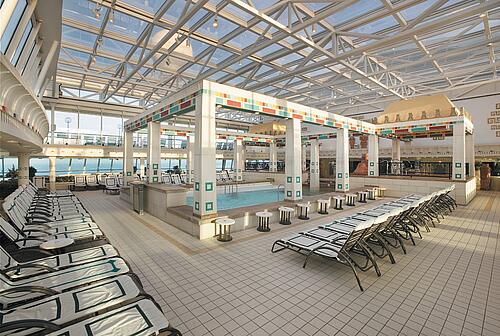 The Vision Class ships are the oldest and smallest ships in Royal Caribbean’s fleet. Although considered small in Royal Caribbean terms, they accommodate nearly 2,500 passengers and offer many of the same amenities as larger ships, including a sundeck with pool, adults-only sundeck, children’s programs Adventure Ocean kids, spa and fitness centers and specialty restaurants. 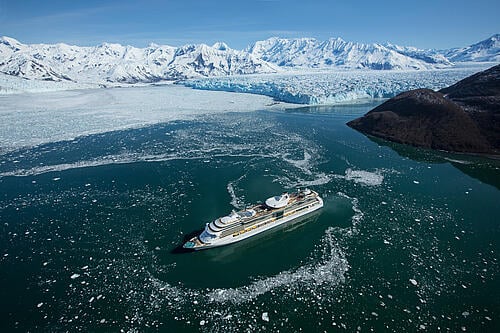 Radiance Class ships are the second smallest class of ships in Royal Caribbean’s fleet and are designed to sail in all types of climates, offering unique itineraries around the world. There are more than three acres of glass in Radiance-class ships, so guests can enjoy ocean views from almost any vantage point. 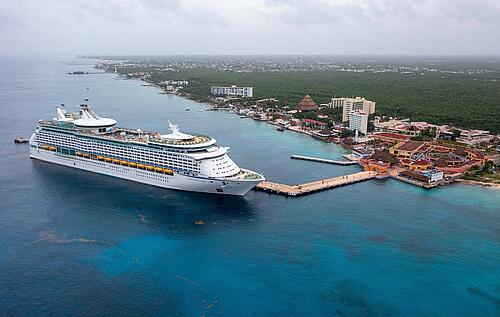 Voyager class cruise ships are considered “medium” in size, although quite large with a capacity of around 4,000 passengers. They were the first class of Royal Caribbean ships to feature the Royal Promenade, the main thoroughfare amidships. Several Voyager-class ships have recently been amped up with the addition of water slides, new specialty restaurants and bars, and other new activities such as the Sky Pad, escape rooms, and laser tag. 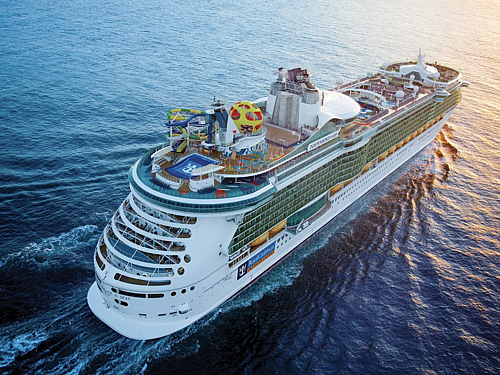 The Freedom Class ships are extremely similar to the Voyager Class ships, but are longer, allowing for an additional swimming pool as well as more retail, dining and bar areas. Many passengers find Freedom Class to be an ideal size for a Royal Caribbean cruise. While not as large as Royal Caribbean’s newer ships, there’s certainly no shortage of great entertainment, dining options and onboard activities. 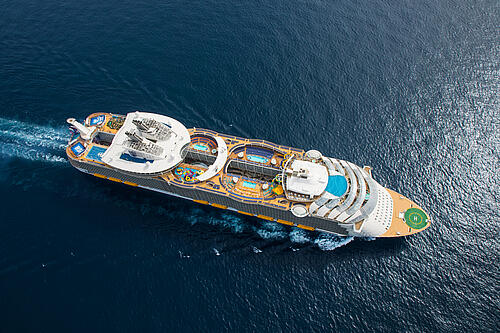 Oasis-class ships were a game-changer in the cruise industry, with a split configuration unlike anything seen before at sea. Oasis-class ships feature distinct quarters, from the nostalgic exterior promenade to the peaceful Central Park. There are activities for guests of all ages on board, whether it’s ziplining, ice skating or a show at the AquaTheater. 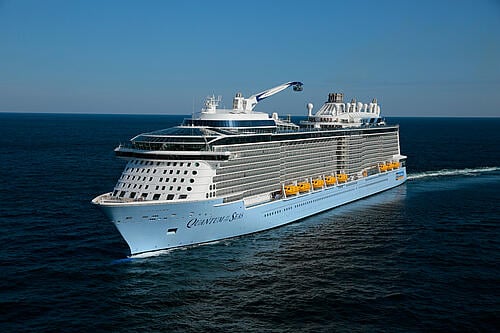 Quantum Class ships combine technology and cruising to provide a modern, state-of-the-art experience for passengers at sea. The Quantum Class features several differences from other Royal Caribbean ships, including a two-story Royal Plaza, the North Star observation pod and an indoor skydiving simulator. Quantum Class ships are built for a variety of climates, so most ships feature an indoor swimming pool in addition to the adult-only sundeck. The SeaPlex can also be found on Quantum-class ships, which is an indoor sports arena with bumper cars, fitness activities and an arcade.

Related: Which Royal Caribbean ships are powered by LNG?

Royal Caribbean recently announced that the Icon Class will be larger than the Oasis Class cruise ships, although it’s unclear in what aspect Icon will be larger. Construction footage from Icon of the Seas was also shared, including several of a large sphere that was recently installed on the ship.

More details on Icon of the Seas and the Icon class should be released soon.

How to choose a ship for your next cruise 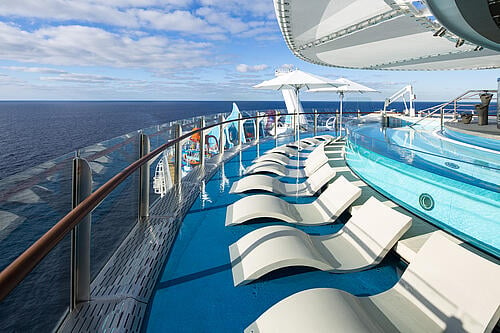 While one cruise ship is not inherently better than another, it is important to consider your preferences and vacation style before choosing a ship for your Royal Caribbean cruise.

If you’re new to cruising, it may seem tempting to choose the cheapest cruise possible. However, choosing a cruise based on price alone is not recommended. Instead, consider the following:

Related: Why you shouldn’t book the cheapest cruise fare you can find 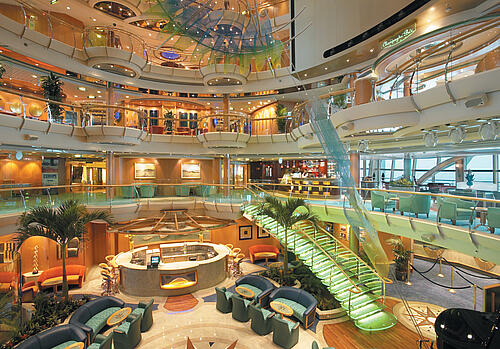 Budget plays a role, of course, but if you want access to activities like waterslides or bumper cars, you might want to consider larger or newly amplified cruise ships.

On the other hand, if you’re looking for a classic cruise experience without all the bells and whistles, an older, smaller ship may be just right for your vacation needs.

There’s a Royal Caribbean ship for every style of cruise, so it’s important to research ships thoroughly before booking to ensure you’re not disappointed or surprised once on board.

Related: 8 questions to ask yourself before choosing a cruise ship 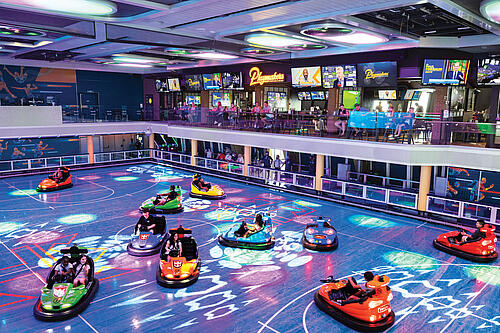 Despite this, Royal Caribbean ships come in all shapes and sizes. The Vision and Radiance class ships are the smallest in the fleet, with a capacity of around 2,500 passengers. Voyager and Freedom Class are significantly larger, with capacities of around 4,000 and 4,500 respectively.

One of the best ways to get an idea of ​​what each ship looks like is to look at a full video tour of the ship on YouTube. By doing so, you will be able to “explore” the ship before deciding which class of ship, or even which ship of a particular class, will best suit your cruise. 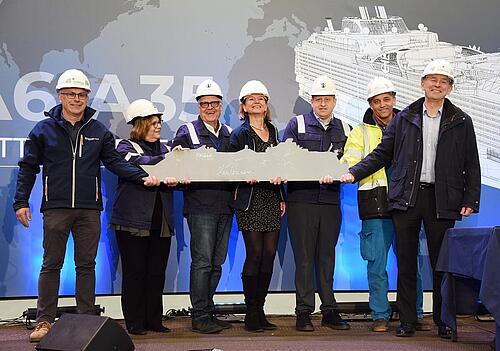 Icon of the Seas will be the first ship of the new Icon class. Two additional Icon-class ships have been ordered for 2025 and 2026, but they are not named at this time.

Utopia of the Seas will be the sixth Oasis-class cruise ship. Although details about the ship have yet to be shared, it can be assumed that it will share many of the same features as the other Oasis-class ships, including distinct quarters and entertainment venues like the AquaTheater. .

Other cruise ships outside of these four will likely be ordered in the future, but these are the only ones ordered at this point.

Your site doesn’t have any tags, so there’s nothing to display here at the moment.