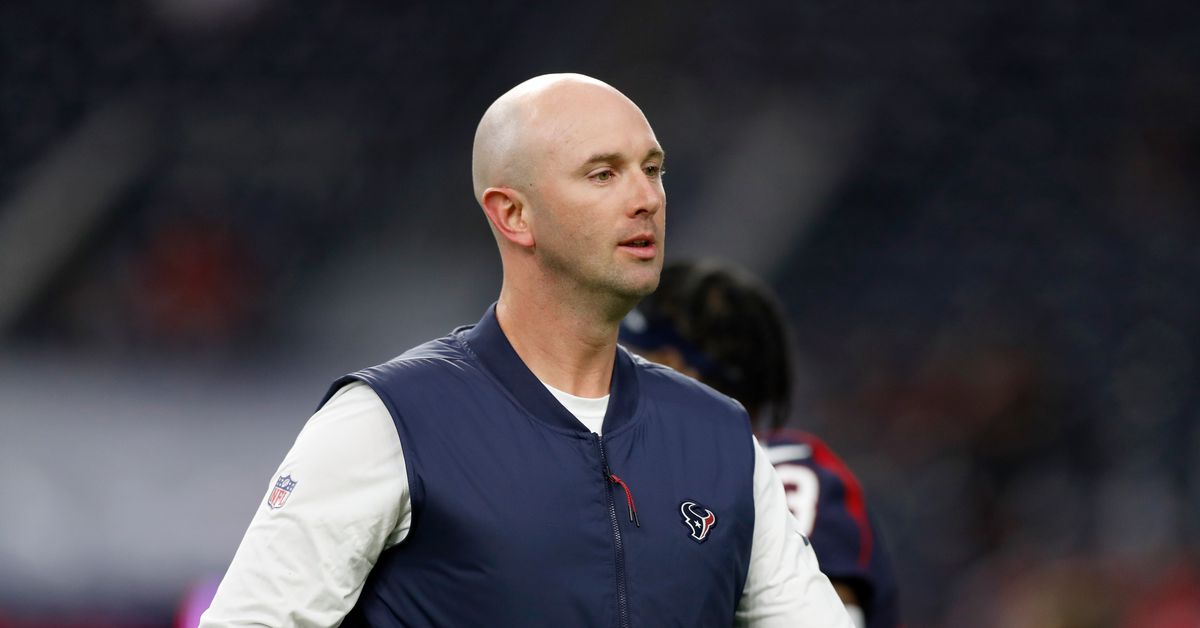 In what is arguably the pinnacle of team sports, one of the ironies of the NFL is the need for at least one “Face of the Franchise” player, if not more. In the history of the Houston Texans, players like David Carr, Andre Johnson, Arian Foster, Brian Cushing, Mario Williams, Matt Schaub, JJ Watt, DeAndre Hopkins, Jadeveon Clowney, Deshaun Watson and others have carried this torch.

In 2021, the most recognizable name attached to the Houston Texans is Jack Easterby. This is not a good thing at any level. The public persona of Easterby is not a famous player, a hero that children want to be when they grow up. No, it’s an infamous front office nightmare, widely known as the last straw that broke the franchise’s camel’s back.

In the modern NFL, where free agency means players move like gypsies with unlimited loyalty miles, organizations have to hang their hats on one or two players that fans can relate to. These types of players sell tickets, stir up fan passions, get people to buy team merchandise, and humanize the franchise. If we were to do ‘Man on the Street’ interviews in H-Town right now, asking passers-by who their current favorite Houston Texan was, chances are the majority of those interviewed wouldn’t. valid response.

This role often falls to the quarterback. But Tyrod Taylor and Davis Mills both arrived recently, and neither has shown they’ll be “that guy.”

How about a star on the run, like Arian Foster? No … Houston has the worst running game in the NFL. Nowhere in Texas will you find children who dream of not playing in the super bowl because they are continually attacked for a loss.

Wide receiver? The next Andre Johnson? Well, Brandin Cooks is pretty darn good, but he’s not ready to put a franchise on his back for years.

How about a star defensive lineman? Does anyone know who the starters are for a given week?

Linebacker? Zach Cunningham should be a league star, but he’s not because the Texans.

That leaves Justin Reid, another youngster who should be a star, struggling in frustrating darkness.

We see the effects of this problem on the day to day.

Unfortunately, this major disconnect with the fanbase will go largely unnoticed by team ownership, as the overall franchise value continues to increase (along with the entire NFL brand).

Texas property makes money for nothing

The Green Bay Packers are a public franchise, of sorts. Without going into all of that, for the purposes of this discussion, it allows for transparency into what each of the 32 NFL teams gets just for sitting down at the table.

The NFL shared $ 8.78 billion in domestic revenue with its 32 teams last season.

That figure became clear on Friday when the Green Bay Packers, the league’s only public team, announced their domestic revenue cut was $ 274.3 million. Each of the 32 teams shared this amount equally.

National income has increased 33% since 2013, adjusting for inflation, as each team received $ 187.7 million that year.

The value of the league’s investments is reflected in the financial statements of the Green Bay Packers. For the 2020 season, the team recorded an operating loss (including depreciation) of $ 38.8 million but a net profit of $ 60.7 million thanks to $ 120 million in mostly unrealized investment gains.

Forbes then ranks each team’s overall worth, with your Houston Texans landing in 11th place.

With a 12% increase in value year over year, it sounds like a smart business for a wealthy person who doesn’t care if the kids in the neighborhood have a star gamer to look up to when they dream. of the glory of the NFL. By ridding the team of costly player and coach contracts, the kind of Faces of the Franchise, this result value only increases. Why bother trying to win games when you can just put $ 4 million into a fund that will make you $ 100 million in seven years?

Then there’s the NFL’s venture capital arm, 32 Equity, which also scored. Each NFL team injected $ 1 million to launch 32 Equity in 2013 and has since invested around an additional $ 3 million. Profits from 32 Equity have been reinvested rather than distributed to teams, but the portfolio has generated average annual returns above 30% and is now worth well over $ 100 million per team, according to team leaders who requested. anonymity. Among Equity’s 32 investments: Fanatics (sports goods), Skillz (mobile games), Genius Sports (sports data and technologies), Clear (biometric identity verification), Hyperice (athlete recovery devices), Sportradar ( sports data and technology), On Location (luxury event hosting) and Mythical Games (game technology studio).

Having a guy like JJ Watt in his prime sells game day tickets, food and drink, parking passes, jerseys, figures, stickers, and more. But the McNair’s are unlikely to have seen the same ROI from Watt’s contract that they see from 32 Equity. Of course, Watt’s impact rippled through the local economy as match day vendors, local restaurants, shops, and more. have all seen the positive financial impact of a crowded NFL stadium and a passionate fan base. But why would Houston property care? They get what they want. It’s not the skin of Jack Easterby’s nose if the pizzeria opposite the NRG Stadium goes bankrupt.

Ultimately, Cal McNair doesn’t care about the fans, or the city of Houston, or the kids growing up dreaming of NFL glory. He cares about seeing his bank account grow, like all other greedy billionaires. If the economy is the only motivator, then what should a fan do? Buy a Lonnie Johnson Jr. jersey and suck it off?

Smother the bitter taste of helplessness and find something else to do on Sunday afternoons, as evidenced by the parking lots and empty seats at the NRG Stadium, the lack of merchandise sales at the Academy and in the shops of the team and the historically low public interest of anyone outside the organization.

If every franchise worked this way, the NFL would collapse and burn. However, there will always be enough teams like the Dallas Cowboys, Pittsburgh Steelers, New England Patriots and others who earn year after year to make up for the Detroit Lions and the Houston Texans of the professional football world. Just as David Culley found the perfect, effortless, high-paying job in Houston, the McNairs did in the business world.

This means Cal McEasterby will always have a free ride on the coat tails of the world’s Jerry Joneses, Robert Krafts, and Art Rooneys. To our great regret.