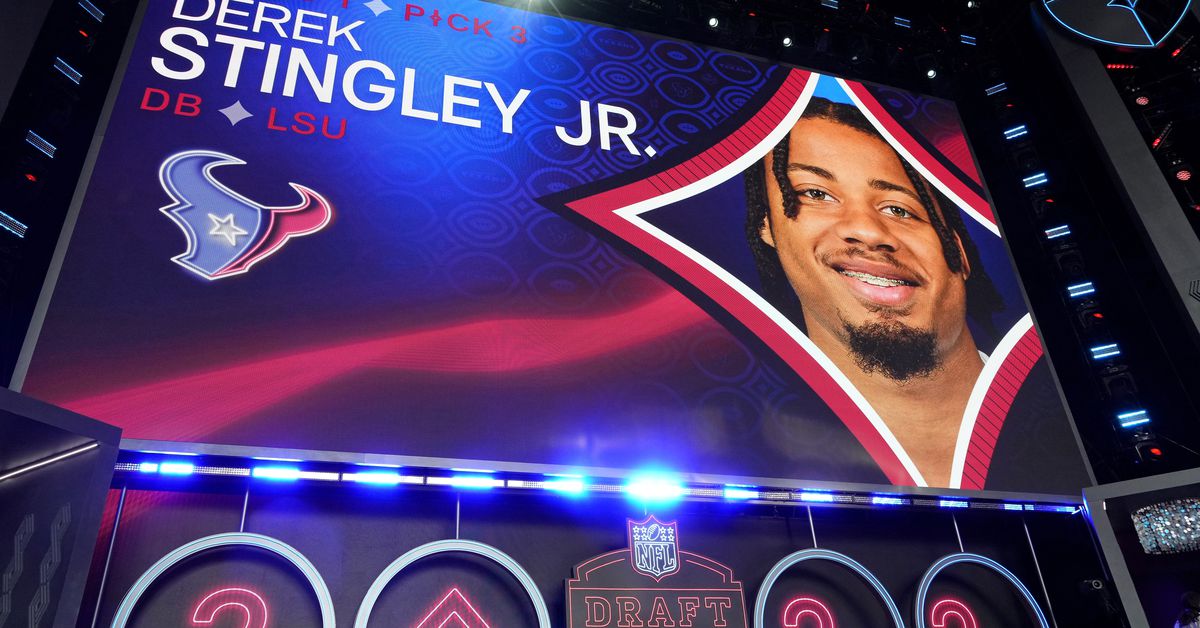 For the most part, the Texans you see on the list below will be the ones dressing in Deep Steel Blue and Battle Red in September. The UDFA process is still being finalized, but overall we have a clear idea of ​​who will be in the squad heading into training camp.

However, even as we speak, the Texans keep moving. In the past 48 hours, the Texans have traded Lonnie Johnson Jr. and signed Mario Addison and Rasheem Green to defense.

Here’s how the main offensive, defensive and special teams units are faring as the heat wave days of the offseason approach. In fat are the new recruits we have drafted.

After further examination, the defensive front of the seven needed more help than it received. It may not have been an obvious weakness, but the linebacking room is pretty thin after Christian Kirksey. Both rookies Christian Harris and Thomas Booker will immediately be thrust into rotational roles.

Although Jalen Pitre is second on the nickel depth chart, he is expected to take on that role long term. He’s also the second-best safety player on this list, so don’t worry too much about his initial placement in a muddy secondary.

Take it from people. Now, that doesn’t include everyone you’ll find on the 90-man roster, but these are the common names you’ll need to know ahead of the season.

At the top, you’ll notice there are four starting recruits, which is a safe amount. I imagine Dameon Pierce will get plenty of carries in the racing game but may not start as RB1 to start the season, especially considering Nick Caserio’s commentary on him after the draft.

The two weakest positions seem to be center/guard (always) and linebackers. The Texans have plenty of time to add talent…or get rid of it for next year’s draft.

Meghan Markle is apparently struggling to relaunch her lifestyle blog