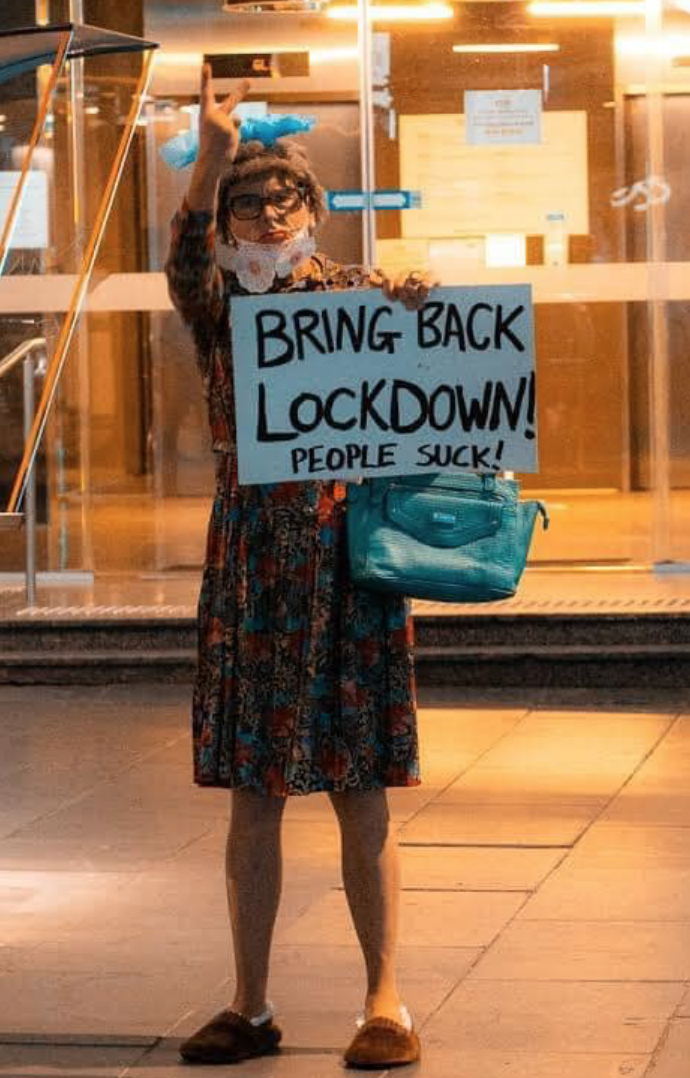 At the time, I thought that the traffic light system had been initiated by the Ministry of Health (experts outside the ministry were not in favor). Subsequently, however, according to senior health ministry officials privately, it came from the prime minister’s department.

This helps explain the build-up-on-the-job approach which is confusing to many. Jacinda Ardern’s claim that the system is the world leader is overcooked.

The traffic light system, starting on December 3, has been described by me as a form of branding for a new narrative to justify the government’s surprise abandonment of the elimination strategy towards the delta variant of Covid-19.

I attributed the abandonment decision to the government’s overconfidence in the effectiveness of progress toward delta elimination. Despite advice to the contrary from its modellers, this led to the earlier than expected lowering of Auckland’s alert level from 4 to 3. This was followed by political panic when, surprising to the government but not surprisingly. for experts, daily infections have increased rapidly.

My analysis was based on the data and the lack of evidence to confirm another credible explanation. Now Writing Investigative journalist Marc Daalder published an excellent article (November 29) based on official documents on decision-making which strengthen but provide more context to my conclusion:

September 20 and October 4 – what went wrong

In his words, Daalder describes “what went wrong” between September 20 and October 4, when New Zealand went from being a state of eliminating Delta to admitting defeat.

On September 19, Chief Health Officer Ashley Bloomfield optimistically informed Covid-19 Minister Chris Hipkins that the number of infections in Auckland was “steadily declining” and that nearly all clusters had been contained. It was a little over a month after the whole country moved up to level 4.

Bloomfield was convinced the epidemic in Auckland was contained. With a peak on August 28, “… the daily figures [were] Usually decreases or remains static at low levels as the expected tail of the outbreak manifests. Of the 19 known clusters, all but two were considered dormant or contained.

Both groups of concerns were “complex and must continue to be closely monitored, particularly with respect to welfare and social compliance issues.” However, that didn’t stop Bloomfield from comfortably recommending a move to Level 3 for Auckland (and from Level 3 to 2 for the rest of New Zealand).

At this point, the CEO and cabinet were expecting a long delta tail, but were confident they would return to zero cases. Moreover, they expected the elimination strategy to continue after the borders reopen in 2022 (remembering that elimination is zero tolerance, not zero cases).

Two weeks later, Cabinet threw in the towel on elimination.

The triumphant Bloomfield paper was brought by Hipkins to Cabinet on the same day. The minister conceded to Cabinet that it was “theoretically possible” that the elimination would not be achieved. However, elimination would continue to be maintained in the future, including under a new protection framework that was being considered by the authorities.

The goal, therefore, was to eliminate the Auckland epidemic and then switch to the new framework once vaccinations were high enough.

After the fact, it was noted that officials were also working on a transition scenario in which the current epidemic was not eliminated and there was a gradual shift to the new framework as vaccination rates increased.

But everything pointed to a shrinking epidemic that was fully under control. The Cabinet considered that the delta’s elimination was at its “end”. Therefore, he was confident that Auckland would lower to Level 3. After all, that’s what happened in Australia outside of New South Wales and Victoria.

But Daalder points out that red flags have been raised. The director of the Pacific Department of Health warned a small parliamentary committee on September 28 that the virus was taking hold in “an environment of gangs and the homeless” who were less likely to trust the health system.

Daalder correctly observes that if, as it turned out, daily infections, although declining, were in transitional housing and gangs, it should have suggested a possible more widespread and undetected transmission.

Separately, there was also a warning from an independent advisory group chaired by Sir Brian Roche in a September 23 letter and report to the government. While focusing more on safely reopening the country’s borders, Roche also highlighted the gaps in the response to the outbreak. These included a lack of engagement from Maori and Pacific providers.

From optimism to pessimism: a new narrative

Unfortunately, the government was slow to understand what was going on. On September 29, five days before the PM ambiguously abandoned him for Auckland, its chief executive said Writing that zero cases were still possible. On the same day, the unexpected spike of 45 infections occurred.

In the days following October 4, Bloomfield’s account took on a pessimistic tone. He spoke of the risk of South Auckland sub-clusters not being contained, the circulation of the Delta in communities facing complex socio-economic issues and the possible slowdown in contact tracing.

The rest, as they say, is history. On October 4, Ardern was ambiguous about the future of elimination in Auckland. Presumably, her ambiguity was due to the fact that she and her cabinet colleagues were still trying to figure out how best to explain the sudden turnaround publicly. His abandonment was confirmed seven days later.

Daalder makes several other pertinent observations. These include growing pressure from some companies to downgrade to level 2 (the government’s response has been to gradually reduce restrictions below level 3), the increase in daily infections was greater than expected by the government, increasing subgroups and unrelated cases, public health teams were “met the ground”, and a workforce that was “stretched, tired and fatigued”.

He then addresses the claim now made for the first time by Hipkins and others that public sentiment may have turned against the lockdown. He concludes that the evidence for this allegation was “thin”. Government polls at the time revealed that common emotions had gone from “neutral” and “happy” in July to “neutral” and “sad” in September, although “neutral” was still the most common.

In addition, actual compliance had increased in Auckland. Aucklanders were more respectful than the rest of the country when it came to staying home when sick and using the tracker app. There was also broad support for masks.

Following its abandonment of elimination in Auckland, the government has claimed that violations of the lockdown were behind the decision to lower its alert level and the subsequent upsurge in the delta. But, according to Daalder, the evidence says otherwise. Instead, lowering Auckland’s alert level, thereby increasing the movement of people, was largely responsible for the upsurge.

Had the government stuck to the advice of its modelers, Auckland would have been at Level for about two more weeks, but most likely out of Level’s lockdown by the end of October.

As a result, far fewer Aucklandians would have been infected and hospitalized (to a lesser extent, fewer deaths). There would have been much less stress and pressure on hospitals and healthcare workers.

Do I feel joy in this rationale for my analysis published by Business office? Absolutely not! Am I disappointed by the government’s duplicity in covering up its mistake? Absolutely!

Ian Powell was Executive Director of the Association of Salaried Medical Specialists, the trade union representing senior physicians and dentists in New Zealand, for over 30 years, until December 2019. He is now a healthcare systems specialist, labor market scholar and political commentator living in the small river estuary community of Otaihanga (the place by the tide). First published at Otaihanga Second Opinion