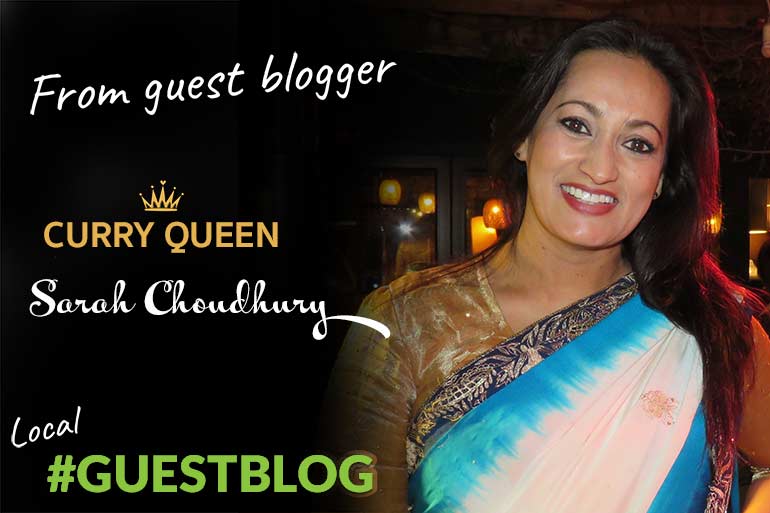 A multi-award winning chef, named one of the UK’s biggest curry industry disruptors and hailed as one of the country’s leading female entrepreneurs, Sarah has been featured by Forbes, Financial Times and Channel 4 for his revolutionary work in the culinary field. industry. She recently found a new audience, taking to TikTok after her divorce and reaching over 700,000 people with her videos. Now she wants to empower more people to make positive changes and leave the fear of “what if” behind. Here is what she says:

I pass tiktoxicinlaws on TikTok and I used to talk about issues. I built my reputation challenging inequality in the UK Asian food industry, but last year I spoke about something more personal and found a whole community of people who wanted to listen.

For the past three years, I have been through a divorce. For much of the process we were also in lockdown, so as you can imagine it was quite a scary and isolating time for me. I have four children and spent a lot of time keeping up appearances, but I struggled. One night I couldn’t sleep, the court date for the divorce was approaching, and I was scrolling through TikTok feeling anxious and lonely. I started wondering how many other women were in the same situation as me, lying awake feeling lonely, and on a whim I started recording and uploading my first video.

I hadn’t really told people about my divorce because in the community where I grew up, divorce is quite taboo and it’s even more taboo for a woman to divorce.

It’s an old-fashioned view, but sadly still quite common in some Anglo-Asian communities.

The night I posted my first video, I was just tired of keeping everything inside. I was sick of thinking I couldn’t or shouldn’t talk about what I was going through, and I didn’t want others to feel like they couldn’t either. More so, I didn’t want people to be so scared of getting divorced that they stayed in a marriage they weren’t happy in, which I did for years.

Since that first video, I’ve talked about all kinds of things, from adjusting to being a single parent, to him getting remarried, to dealing with lawyers. And the response has been amazing – one of my videos has had over 720,000 views, which is just amazing.

As you can imagine, my ex-husband doesn’t always like what I say online about our relationship, and I eventually had to take this video down, after asking his lawyers to threaten me with legal action. on this subject. But I’m always honest and real, and I think that’s what my followers appreciate the most. For example, we are currently discussing custody and I am more than happy to admit online in videos that far from being the stereotypical bitter ex-wife babysitting him, I want him to takes care of our children for a few days every week.

The response I get from my subscribers is worth it.

Every day my inbox is flooded with people sharing their stories and talking to me about what’s going on in their lives. Some of them ask for advice, but many of them just want someone to listen to them and allow them to talk about their experiences, because they don’t feel able to talk to their friends or family. I’m really proud to have created a safe space where people feel they can share those pretty personal details and appreciate any advice I might have for them.

Sometimes I get trolls, but I just reply and thank them for leaving a comment and giving me a better engagement rate on the video – they seem to calm down pretty quickly after that.

What’s most surprising is that I even have husbands texting me saying they think their wives are unhappy because of the way they behave or the tension between their wives and their family (which I know too well, hence my username ‘tiktoxicinlaws’), looking for advice on how to change things. It’s a very diverse community and I’m blown away that it all started with one video.

After seeing how quickly my TikTok community has grown, I want to expand and use the experiences of my personal and professional life, to help people gain the confidence to change their circumstances.

I want to encourage people to take the plunge, even if it’s scary. And I don’t just mean leaving an unhappy marriage. I mean in all aspects of life.

Time and time again, I’ve discovered that being afraid of the unknown can keep us from something brilliant.

Too often we know we’re not happy where we are, but it’s safer to stay than to take a risk and see what happens when we make a change. We just need someone to give us that little push, even if it’s just a stranger on TikTok. I want to be that strength for people, encourage them to stop being afraid to make that change, and show them that there’s every chance your life will be better than ever.

It was scary getting divorced, and challenging the status quo of the British Indian food industry hasn’t always been easy either, but I know stepping out of my comfort zone has always been the right choice. I’m the happiest and healthiest I’ve ever lost over 25 pounds in the last 10 months, so I’m proof of that and want to show it to others.