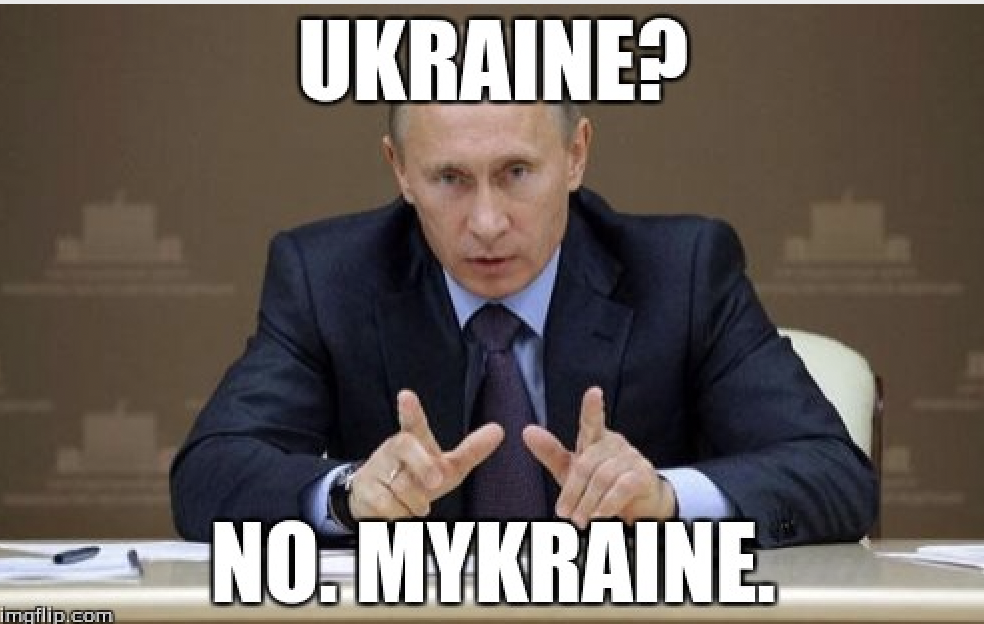 The situation in northern Ukraine is developing as expected, it was clear that the Russian push into Kyiv has been blunted and is now being pushed back. Russian propaganda about withdrawing from this area because “they want to” must be rejected. Since the last article; Irpin, Hostomel, Andropov airfield, Makariv and Brodianka are like now in Ukrainian hands. Capturing these areas pushes Russian field artillery out of range of kyiv, although it must be assumed that long-range aircraft and rockets will still impact the city, this is a significant achievement.

Tactically, the key question in this area is: did the Russians in the satellite towns of Klavdiievo-Tarasove, Nemishaieve and Vorzel manage to get away or is there now a pocket of surrounded Russians ready to surrender? or to be destroyed?

Reports also indicate that near Chernihiv, Russian forces are withdrawing and the situation near Kharkov is developing as expected, with Ukrainian forces pushing back the Russians near the towns of Mala Danylivka and Derhachi, just north of the city. Then to the south and east the town of Chuhuiv is contested. Taken together with the recent capture of Trostianets, this may be an indication of the upcoming stabilization of the northeastern front, under Ukrainian control along an arc from Chernihiv to Sumy and Kharkov.

Chernihiv is only 50 km from the Russian border, Sumy and Kharkov less – about 40 km. Putting that distance into perspective, the distance from central Auckland to Orewa is about 30km and traveling 50km in the other direction gets you to Pokeno. In this area, the Ukrainians are about to drive the Russians out of Ukraine.

Fortunately, the retreating Russians did not use chemical agents to delay the pursuit, but appear to have spread mines and booby traps widely, probably to slow the Ukrainian pursuit. The next few days will provide more information on Ukrainian capabilities. A nagging question is how much armor from Ukraine (heavy tank forces supported by infantry in armored vehicles) survived the early days of the war. My initial assessment was that it had probably been destroyed, stopping the first Russian advance. A Royal United Services Institute assessment, early in the conflict, that the Ukrainian army was offensively incapable, indicated that it was.

The Ukrainian army deploys two regular force and four reserve force tank brigades, each with around 100 tanks and supporting infantry, engineers and artillery. With respect to regular force brigades; 1st The armored brigade was located near Chernihiv and the 16and The Armored Brigade was centrally located near Dnipro at the start of the war.

The Ukrainians also deployed fifteen mechanized brigades each with about 30 tanks, a few hundred armored fighting vehicles, supporting artillery, and between 1,500 and 3,000 infantry. Most of these brigades are reserve units and the war began with the seven regular force brigades deployed across the country, concentrated in kyiv, Kharkov and near the Donbass border.

Armored and mechanized units are the “mesh fist” of an army, providing strong and fast forces that spearhead offensive operations. Although the Ukrainians had a significant force of armored and mechanized units at the start of hostilities, it is difficult to say how many are left, and as the war develops, Russian withdrawals certainly provide opportunities for offensives. shielded from inflicting destructive casualties. Watching the war unfold, it looks like the Ukrainians were better prepared for the war than I expected, maybe they strategized and held back their armor in the early stages, using l infantry with guided anti-tank weapons and drones to blunt the Russian offensive and preserve an armored counterattack force. If so, Ukraine and has retained a significant amount of armor, then the Russians may be in for a tough time.

Which brings us to the strange bombing of Belgorod. Today, footage of two Mi-24 “Hind” attack helicopters using rockets to attack a fuel storage depot in Belgorod, 30 km from the border and about 70 km from Kharkov. The installation caught fire and was destroyed. Fortunately, nobody was hurt. The Russians say the Ukrainians did it, and the Ukrainians say the Russians did it.

This is a strange incident, at first it seemed logical that the Ukrainians would attack the depot, it is close to the border (70 km is only 10 to 15 minutes of flight time in a Hind attack helicopter) and probably serves a useful military purpose. Initially, it looked like a Ukrainian demonstration that they had the ability to hit deep targets. However, the confused initial response to questions and subsequent denial from Ukrainian officials indicate that this was not centrally planned.

So what happened? There are three possible explanations:

Hanlon’s Razor declares that we should”never attribute to wickedness what can be adequately explained by stupidityand anyone with “in the field” military experience will tell you that all sorts of stupid things happen in a war. It seems very likely that young, poorly trained and inexperienced pilots are flying at night without GPS equipment. (a credibly reported problem with a Russian aircraft) just got lost and hit the wrong target. At night, fast and low flight, without direction finding or radar (to avoid electronic steering) it is easy to get lost. I think this was a mistake.

By far the most interesting activity today is in the south, Orikhiv and Huliapol are towns located between Kherson and Mariupol. During the week they were attacked by Ukrainian forces, today both towns are in Ukrainian hands although Huliapol is being counter-attacked. The cities are in direct line between the big Ukrainian city of Zaporizhzhia and Mariupol. If the Ukrainians are trying to relieve Mariupol, holding Huliapol and Orikhiv is a step towards that goal. It’s exciting, maybe there’s a developing Ukrainian offensive that will relieve the beleaguered city. A well-supported relief would also trap a large Russian force in the area around Kherson. It would be too optimistic to make a firm prediction at this time, but I think we should definitely keep our eyes on this area.

Russian troops withdrawn from the north will not reach the south and will not be in fighting condition within a week, Russian reinforcements from Georgia, Tajikistan and mercenaries from the Wagner group are not overwhelming numbers, so if the Ukrainians have the combat power to advance on Mariupol, we could see very sudden and significant changes in the countryside.

In summary, the past 48 hours have played out broadly as planned, with the Russians retreating and the Ukrainians advancing north and east. At present, it is difficult to make predictions about small Ukrainian gains in the south. Capturing Orikhiv and Huliapol may be small local operations, but they could be the start of something bigger, especially if Ukrainian armor is still viable. To obligate. In the next few days, we will have a better idea of ​​the situation in this area. The Ukrainians are in charge right now and it will be interesting to see how much “gasoline they have in the tank”, maybe they will lead the Russians to total collapse.