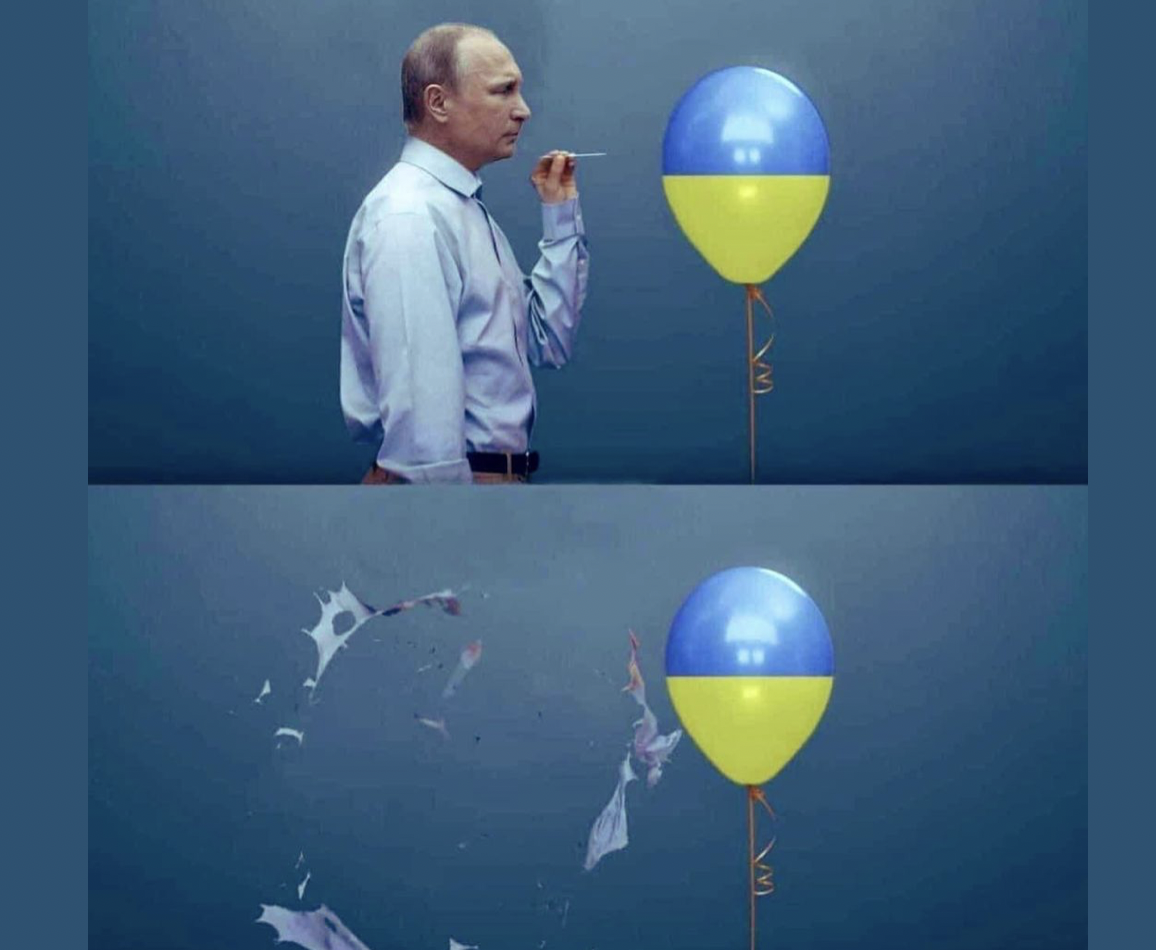 Russia’s stance during yesterday’s peace talks in Turkey demonstrated the difficult position Putin finds himself in. The Russians said that as a sign of good faith, they would reduce military activity around kyiv and Chernihiv. This offer should not be misinterpreted, it is a clear indication that they are in trouble near Kyiv and are looking to get out of it.

Near Kyiv, the Ukrainians now hold Brovary, a suburb that overlooks Kyiv on the east side of the Dnieper. Brovary is high ground, which makes it easier to defend and also a good place for artillery spotters to direct fire towards central kyiv. Holding Brovary is vital to capturing kyiv. On the west bank of the Dnieper, Ukrainians fighting at Irpin, Hostomel, Borodianka and Makriv threaten to envelop Russian forces at Vorzel, Nemishaieve, Klavdiievo-Tarasove and Buzova. The Ukrainians are about to capture a pocket of Russian soldiers and push the rest back far enough that their artillery is beyond kyiv’s reach.

This is why the Russians are proposing to decrease their activity in this area, it has nothing to do with “good faith” and everything to do with preserving their declining military strength. The Russians are trying to break out of kyiv, but breaking contact or separating from your pursuer is difficult, especially if you have a resolute and resourceful enemy pursuing you. If the Russians cannot escape, they risk a large force being destroyed or surrendering. In recent days, much of the vaunted Russian, 4and The Guards Tank Division went to Trostianets. Ukrainians also report that platoons (groups of about thirty soldiers) surrender, this information could be a sign of a Russian moral failure. If the fighting in Kyiv continues to develop as expected, we are likely to see more large groups surrender. The Russians are stuck near kyiv and negotiation is their best option to get out of it without suffering an embarrassing loss.

Moreover, Kyiv and Chernihiv and the inextricably linked cities are about 120 kilometers apart on the Desna River and are connected by major highways. If the situation stabilizes in kyiv, the Ukrainians will potentially be able to relieve Chernihiv. They may even be able to connect through Nizhyn creating a pocket of Russians near Kozelets and Bobrovytsia. However, these are important advances and the Ukrainians have not yet shown the ability to carry out this type of operation. However, I am sure that Russian staff officers (military planners) are nervously studying this area.

Russian staff officers will also be thinking furiously and planning their next moves in the northeast. Sumy and Kharkov seem to have withstood the Russian attack, and small Ukrainian offensives are pushing the Russians near these towns. Trostianets, an important town on the main road network between Sumy and Kharkov was recaptured this week and near Kharkov the Ukrainians are pressing Russia’s northern flank near Derhachi. It seems likely that these small offensives will continue and it won’t be long before these towns are liberated.

Experts continue to discuss potential Russian offensives moving either south from near Kharkov or north from Donetsk to try to encircle the force of about 20,000 Ukrainian soldiers defending towns like Kramatorsk, Sloviansk and Bakhmut. It hasn’t happened yet and it would be surprising if it did, the Russians are exhausted. Even with new soldiers recruited from Georgia, Tajikistan and Syria, they are unlikely to have sufficient combat power or logistical support to handle an envelopment of around 200 km.

Listening to an expert’s lyrical wax on potential Russian operations in the east clearly demonstrates the “big hands, small card” fallacy. A saying that good staff officers repeated to them in their training; this means that what looks easy on the map is not always easy on the ground. Any staff assessment must be tempered by experience and observation of what actually happens in battle. Currently, Russian logistics fail an average of about 60-100 kilometers from their safe zones. Moreover, the first days of the conflict clearly demonstrated that even in the good tank country around Kharkov, the Russians could not push an offensive forward. Beaten by tough defenders and smart weapons. It is therefore very unlikely that this type of offensive will develop, even with a ceasefire in the north and a withdrawal of Russian forces there, it is still unlikely. If the Ukrainians let them go, the liberated Russian soldiers in kyiv and Chernihiv will be weary, defeated, and useless until they can be resupplied, rested, and reorganized.

The only area where the Russians are currently making progress is in the south. Kherson is still under Russian control and as long as they control it, their western flank is secure. Mariupol holds on but his days are numbered. Looking at recent footage, we see the effect of massive artillery, of razed entire suburbs. However, history shows that cities can last a long time and eventually the Russians will have to send soldiers into the city and when they do, the defenders will come out of the rubble and take many Russian casualties.

In my view, the real action today is taking place at the negotiating table. It seems that the Russians are now looking for a way out, a ceasefire negotiated in the north followed by a withdrawal of their forces near kyiv and Chernihiv, and possibly even Sumy and Kharkov. This provides an opportunity to get out of combat without losing more soldiers and equipment. In pursuit of this goal, the Russians will continue to punish Ukrainian cities with artillery because the suffering of their citizens is a powerful bargaining chip.

If I advised Ukrainian leaders, my advice would be to hold on, a major Russian defeat in kyiv would destroy Russian equipment and kill or capture many soldiers, weakening the Russian army. This not only embarrasses the Russians but, on a practical level, dampens their combat power and makes future aggression more difficult. The Ukrainians must now focus on “winning the peace” and every Russian soldier killed or captured and every tank or vehicle captured or destroyed is a resource that Russia will struggle to replace as its economy collapses.

The Ukrainians and NATO must also consider how to manage future “peace”, as any agreement risks seeing Donbass and Crimea become armed Russian proxies contesting an interminable border war with Ukraine. It is not an insurmountable problem, but it must be taken into account in the strategy.

The dynamics of the negotiations are fascinating as the Ukrainian “pit bull” clings to the nose of the Russian bear. And right now the bear a little more than he can chew is “playing opossum” hoping the dog will release him long enough to pull back and attack from another angle. The next few days will tell us more, expect the Russians to demonstrate the cost of this war by bombing city infrastructure.

Regardless of how Ukraine holds the initiative, it can choose to let go or keep fighting and either option has serious long-term consequences for the management of a future peace. . Freeing the Russians in the north will allow for a quicker ceasefire but will likely increase the risk of aggression in the near future as the Russians will have more military resources at their disposal. Hanging on risks more civilian casualties and the possibility of a chemical, biological or nuclear escalation, but stokes Russian military power, perhaps providing a longer period before the next Russian incursion. Tough decisions for any leader.