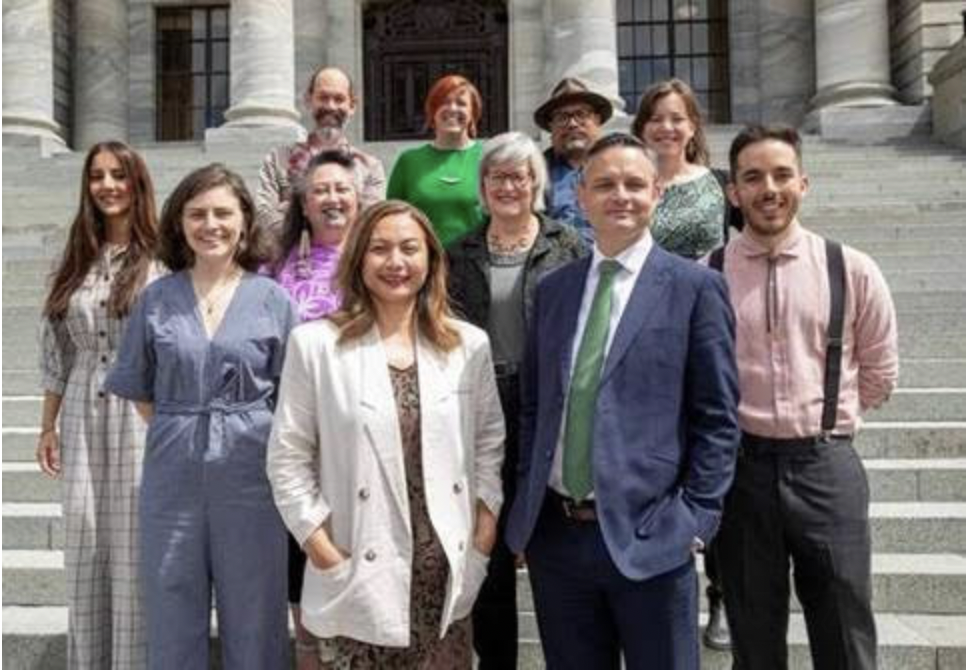 IF THE GREENS make the constitutional changes suggested by political commentator Matthew Hooton, then their electoral future is bleak. The public learned to live with the male and female co-leaders of the Greens, especially after the rule was adopted by Te Pāti Māori. However, scrapping the male co-leader position and replacing it with an “any gender” co-leadership position – Hooton’s prediction – is likely to strike many Green Party supporters as both radically complacent and manifestly unfair.

If Hooton’s second prediction, that the Green constitution will be further amended to require at least one of the party’s co-leaders to be Maori, also turns out to be correct, then the loyalty of Green voters will be put to the test. test even harder.

The reasons are quite simple.

The Greens are engaged in electoral politics: being so, they are bound by the rules of the New Zealand electoral system. The most relevant of these for any party promoting radical policies is that it must win more than 5% of the votes cast by the party (or win a seat in the electorate) to gain a seat or seats in the House. representatives. Crossing that 5% threshold in 2020 meant attracting somewhere around 145,000 votes. With 226,757 votes (7.8%), the Greens easily entered Parliament.

The question to be answered is therefore simple. If the aforementioned constitutional changes continue, how many former Green voters is the party likely to lose? If the answer is over 81,000 and Chloe Swarbrick fails to hold Auckland Central, then the Greens will cease to be a party represented in Parliament.

Eighty-one thousand votes may seem like a lot, but consider the fate of the Alliance – a coalition of radical parties of which the Greens were once part. Between the 1999 and 2002 general elections, 133,971 Alliance Party voters cast their support elsewhere. Its share of the party vote fell from 7.7% to 1.3% and it ceased to be a parliamentary party.

Such is the fate of political parties that for one reason or another lose the trust, confidence and respect of their supporters. The transition from hero to zero can be brutally quick.

Too often, the risk of alienating a critical number of party supporters is seriously underestimated by party members. The latter are dangerously inclined to believe that their base of electoral support is, for all practical purposes, indistinguishable from themselves.

However, this is almost never the case, especially for parties able to cross the 5% threshold. Support is won on the strength of a large number of considerations – and sometimes on the party’s position on a single issue. Voters aren’t expected to be rational or consistent, and an alarming number aren’t either. Party members are almost always more ideologically consistent than party supporters.

All of these factors are extremely relevant to the Green Party.

Much of his support (perhaps most of it) is based on the perceived urgency for state action to address climate change. Other voters will back the Greens for the party’s original commitment to social justice (long watered down by “social accountability”). Some will support the Greens because of their pacifism and because the party is committed to an ethical foreign policy. Many more will vote green simply because they support the decriminalization of cannabis.

The number of voters attracted to the Greens because they changed their constitution to reflect their opposition to binary and heteronormative gender relations is likely to be considerably smaller than any of the groups of voters mentioned above . Apart from a very small fraction of the highly skilled professional middle class and an equally modest percentage of their university-studying offspring, these issues display something fairly close to zero political importance.

The obvious disdain shown by many Green Party members for the political performance of their male co-leader, James Shaw, and the equally obvious determination of those same dismissive members to remove him from office.

Although a large number of Green voters are dissatisfied with the current government’s performance on climate change, that does not necessarily mean they are dissatisfied with Shaw’s handling of the climate change portfolio. Most will realize that Shaw wields very little influence over the behavior of the Jacinda Ardern-led Labor government, and more than a few will applaud Shaw for taking advantage of the very weak hand he received with such a good effect and with such political skill.

The idea that he is relieved of his role as a male co-leader through transparent constitutional manipulation may not sit well with these voters. By them, the maneuver can be deemed both cowardly and dishonest. Many will feel unable to continue supporting a party that is willing to tolerate such crummy procedural trickery.

Other Greens supporters will try to match the proposed constitutional changes with the four fundamental principles of the global green movement: ecological wisdom, social justice, grassroots democracy and non-violence. They will struggle to see much wisdom, justice or democracy in any of these proposals. But, they won’t miss the venomous emotional violence inherent in executing a political maneuver that protects the jobs and careers of some politicians while ruthlessly sacrificing those of others. These supporters, too, may feel unable to continue to reward with their votes a party capable of such passive-aggressive behavior.

Finally, there is the crucial question of political perception. What do these discussed constitutional changes make the Green Party look like?

Do they make the Greens look like a welcoming political organization for all New Zealanders?

Do they make the Greens appear as a group of politicians capable of setting priorities conducive to delivering the environmental, economic and social outcomes that New Zealand and the planet so desperately need?

Do they make the Greens look like they once did, in the days of Rod Donald, Jeanette Fitzsimons, Sue Bradford, Keith Locke, Sue Kedgley and Nandor Tanczos: a group of people who love and support each other in the promoting causes that no rational voter can fail to recognize?

Or are they portraying the Greens as a political party that prefers to be politically correct rather than politically successful?

Best Houston Texans draft picks of all time (by round)