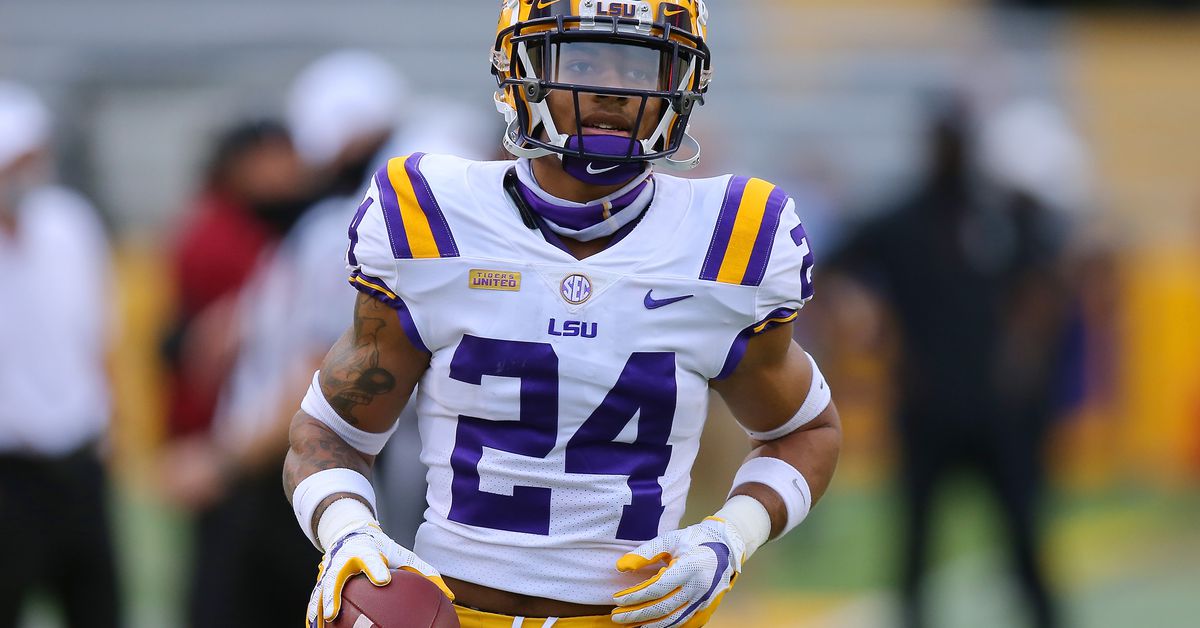 Derek Stingley Jr. is considered by many in the league to be the best cornerback in the league. 2022 NFL Draft classroom. Stingley has real elite locking corner potential, but there are a few concerns you should consider as well.

In 2019, Stingley’s first season at USL was the one we will always remember. Stingley was considered the best defensive back in college football at such a young age and played a huge role in LSU’s national championship win over Clemson.

The next two years at LSU, Stingley played a total of ten games due to multiple injuries and illnesses. In 2021, Stingley tried to play with his Lisfranc injury on his foot, but ultimately decided to have surgery, which was the right decision given the severity of that specific injury.

Stingley opted out of the combine leading up to the draft because he was not fully healthy after his surgery. Stingley finally made it to LSU’s pro day in early April and that’s what brought the hype back. Stingley looked extremely impressive throughout practice and even ran a 4.37 dash for 40 yards, a vertical of 38.5 inches and a wide jump of 10’2.

In 2022, no one really knew how the top three picks in the NFL Draft would turn out. The Houston Texans throughout the process were reportedly very interested in picking a cornerback with their third overall pick. At first, speculation was that Cincinnati cornerback Sauce Gardner was the one the Texans could target, but days before the draft, that narrative changed. Multiple sources across the league suspected the Texans liked Derek Stingley Jr. and would select him if he was available.

The Texans ended up selecting Derek Stingley Jr. with their third overall pick and they clearly believe he will return to his 2019 form. After the Texans drafted Stingley, new Texans head coach Lovie Smith said said to Stingley: “I have a plan for you, how about going to the number one receiver every time?”. Stingley responded by saying “it looks good on me”.

If you’re a Houston Texans fan, you should be excited about the future of Derek Stingley Jr. Stingley has the potential to not only be one of the best cornerbacks in all of football, but also one of the best cornerbacks in franchise history. Stingley has blistering speed to go along with elite ball skills and a high football IQ. Stingley is also only 20 years old and has plenty of room to grow and improve his craft under Lovie Smith.