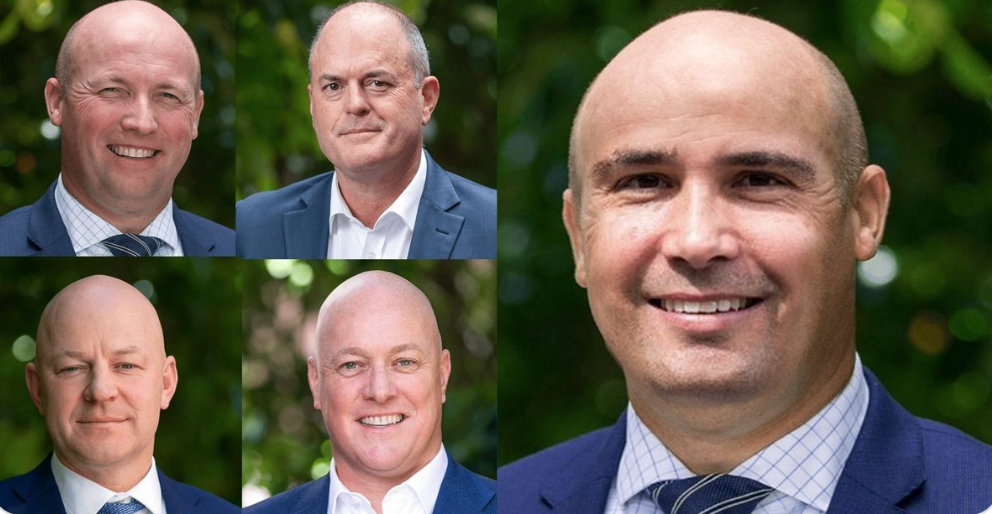 “We have a choice: a choice between our current path to mediocrity, or a path to a more confident, ambitious and prosperous future” – Christopher Luxon MP.

Roads, trips and seeing things from another perspective dot the literature of many cultures. The notion of going on a trip is a very appropriate metaphor for a new leader of a political party.

The key to a political road poem is having three elements: a way to go, the right attitude to get there, and a destination.

The following poem has two important elements but is alarmingly lacking in the third:

The road goes on and on,
Down the door where it started.
Now far ahead the road has gone,
And I must follow, if I can,
Pursuing him with greedy feet,
Until he joins a wider path
Where many paths and races meet.
And where then? I can not tell.

This may very well serve as a metaphor for Bilbo Baggins, signaling the eagerness with which the Hobbit sets out on his journey and the new things he will likely encounter along the way.

But it’s terrible for a new political leader, for whom having a command over the founding event (taking the leadership), the attitude (hope, maybe a little fundamentalist, leadership) (oh yes, I didn’t no neologism for weeks) and a known destination are equally important.

Not for Christopher Luxon the joys of a carefree heart, which can explore the paths and the races with abandon and hairy feet. No, Mr Luxon’s task, as he made clear in his opening speech, is to reset the National Party.

One can meditate on all the moments that need to be reset, perhaps using Bilbo’s timeless song structure:

The road goes on and on,
And some will fall along the way
They seek the glory of the track
But end up lost in disarray.
Scandal, sex and men in the mouth

And moments of prayer on my knees

And pride and vain glory then

Until we make those keys sacred.

Well, yeah, we can agree that I’m not Tolkien, but to be fair, I gave up the job to have my say in the events of the week. It’s not a paid job, you know!

What prompted me to write this blog is Mr. Luxon’s speech. Not the scandal issues or the Christian right of it all. In fact, I was very interested in his statement that New Zealand was following the path of mediocrity and that he wanted to make us all more ambitious and ambitious.

It struck me how very old-fashioned the language of personal aspiration was. I was brought up, mumbling years ago, on the idea that you could do whatever you wanted if only you gave your best and worked hard. Meritocracy was a really important thing in my middle class English childhood, but not so much lately.

(And avid readers will know that both of my ambitious parents succumbed to the ambitious delights of unlimited alcohol, thus destroying, through their own hardships, everything they aspired to).

The reason is that we have recognized, and have shown through the work of people like Max Rashbrooke and Susan St John, that there are barriers everywhere that prevent people, most people, from accomplishing all or often. even some of their aspirations.

This does not mean that the majority of us who are in this position consider ourselves mediocre. If Christopher Luxon considers people who fail to reach the heights of Air New Zealand management as being surrounded by mediocrity, then I have a real problem with him.

Christopher Luxon’s end goal is therefore to make people more ambitious and ambitious, just like him. He brandishes his own career like a shining light: “You too could be like me if you tried”. The question is whether he is ready to embark on the battle to remove the barriers that lead people through the dark corridors of Shelob’s lair – the road to mediocrity. Poverty, oppression, cultural error, sexism, violence, harassment, wage inequality, unequal education, lack of good housing, environmental degradation and oh my God the list lengthens again and again.

Because without this plan, he can launch with a hopeful heart and purpose in his journey, but even as he overcomes the strengths of his own caucus, the ravages of Covid, and the many pitfalls of the opposition, the chances of his round trip succeeding, achieving his own lofty goals for the nation, are very, very slim.

Dr Liz Gordon is a researcher and lawyer, with interests in the destruction of neoliberalism in all its forms and towards a socially just society. She generally blogs on topics related to justice, social protection and education.