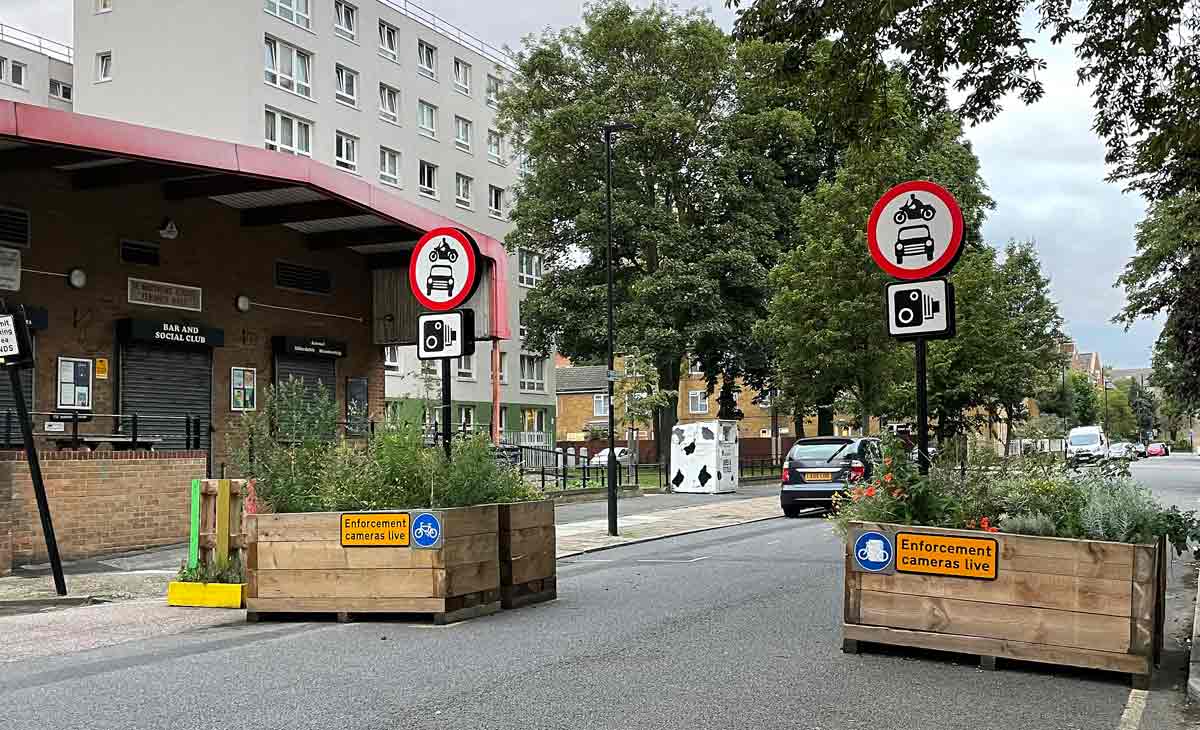 
Lambeth Council is to recommend that the Oval’s Low Traffic Neighborhoods (LTN) at Stockwell and Railton and St. Matthew be made permanent.

This follows consultations in which small majorities supported the LTN.

There will be exceptions for Blue Badge holders, fully accessible taxis and private rental vehicles, and rapid response healthcare providers.

The council says its recommendations are based on “a detailed impact assessment and extensive consultation.”

He said today (December 12) that “substantial improvements” in both areas are also proposed.

These include sustainable drainage to combat flooding and green spaces along roads as part of the council’s response to the climate crisis.

Both regimes were introduced as urgent temporary measures at the start of the pandemic.

In the plans drawn up before the Covid outbreak, the council expected a three-year timeline for the introduction of LTNs and other measures.

But guidelines released by the Secretary of State for Transport in May 2020 indicated that a “once-in-a-generation opportunity” had arisen to “bring about lasting transformative change in the way we make short trips in our cities.”

She concluded: “The government therefore expects local communities to fundamentally modify their road arrangements to give more space to cyclists and pedestrians”.

The government said: “Measures must be taken as quickly as possible, and in any event within the following weeks.

In June of this year, the High Court dismissed a legal challenge against them.

The challenge was funded to the tune of £ 35,000 by campaign group One Lambeth, which said it was considering appealing.

However, there is no sign of it at present and its fundraising page has so far raised only half of the £ 14,500 he said was needed for an appeal.

There was also a campaign of vandalism against signs alerting LTN drivers and just last Sunday local MP Bell Ribeiro-Addy and Lambeth councilors heard vehement opposition to the effects of yet another local LTN in Streatham Hill.

Among the accusations made against the council at this meeting was that its collection and analysis of data is biased in favor of LTN.

The council said it analyzed data collected in and around LTN Oval and Railton before holding a public consultation in September.

The proposals will now go through Council decision-making procedures, with a potential adoption date of December 30.

The consultations asked people to suggest improvements in each area.

The most popular choices involved more trees and greenery; storage for bicycles, electric scooters and cargo bikes; separate cycle paths on the Oval at Stockwell LTN; and improving road surfaces in Railton LTN.

Cllr Danny Adilypour, Joint Cabinet Member of Lambeth Council for Sustainable Transport, Environment and Clean Air, said: “Since the introduction of the two LTNs, we have been closely monitoring the data and have spoken to residents and for businesses to design streets that work for everyone.

“After looking at both the data and the public commentary, we believe this proposal to make these programs permanent is the right thing to do as part of our drive to transform our neighborhoods into safer places to live. people and to make sure they are in good shape. for the future.”

The proposals mean that infrastructure such as planters installed during the experimental phase could become permanent elements.

The council said after careful consideration of comments, travel patterns and impacts, the proposals include exceptions for blue badge holders who depend on driving, driving or visitors arriving by car.

This is in addition to emergency services and buses that have been exempt from departure.

The board said monitoring data for Oval at Stockwell LTN and Railton LTN showed an overall increase in cycling rates, while “overall motor vehicle traffic through LTN and bordering roads combined” declined.

Lambeth was the first London borough to declare a climate emergency and respond with a plan to encourage healthier commutes such as walking and cycling.

Cllr Adilypour said: “Residents of these neighborhoods, and those who pass through them, have been able to experience what a future neighborhood could look like, where all residents can move safely in their neighborhood.

“If we are to take meaningful action to tackle the climate crisis, it is important to develop new, sustainable ways of traveling.

“This was a key recommendation from the people of Lambeth who attended the Council’s Citizens’ Assembly on the Climate Crisis.

“The proposed changes would build on this, allowing more people to travel in a more sustainable manner, while taking into account feedback and with changes in place that reflect local needs. “

The council’s proposals are online: